You might know that there’s 20 of us who went to Hong Kong last 12th July.

And let me tell you that it ain’t easy. I planned the itinerary myself because I reckon booking through a travel agent will be more expensive. Besides, I don’t plan to visit all the top tourist spots in Hong Kong anyways.
I’m more interested in food rather than culture.

Here’s what I have drafted and shared with my siblings: 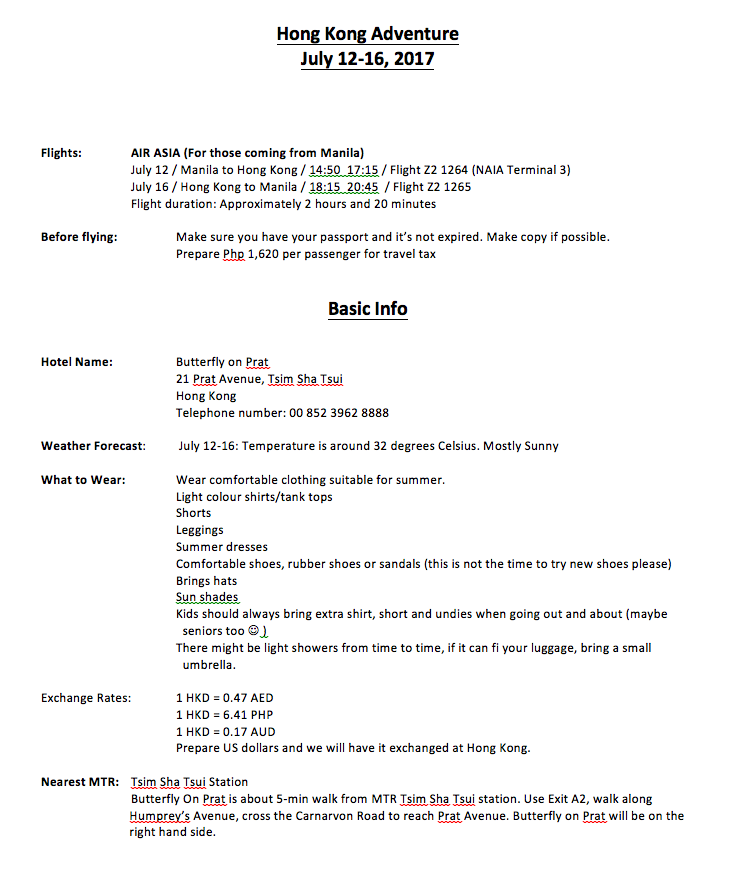 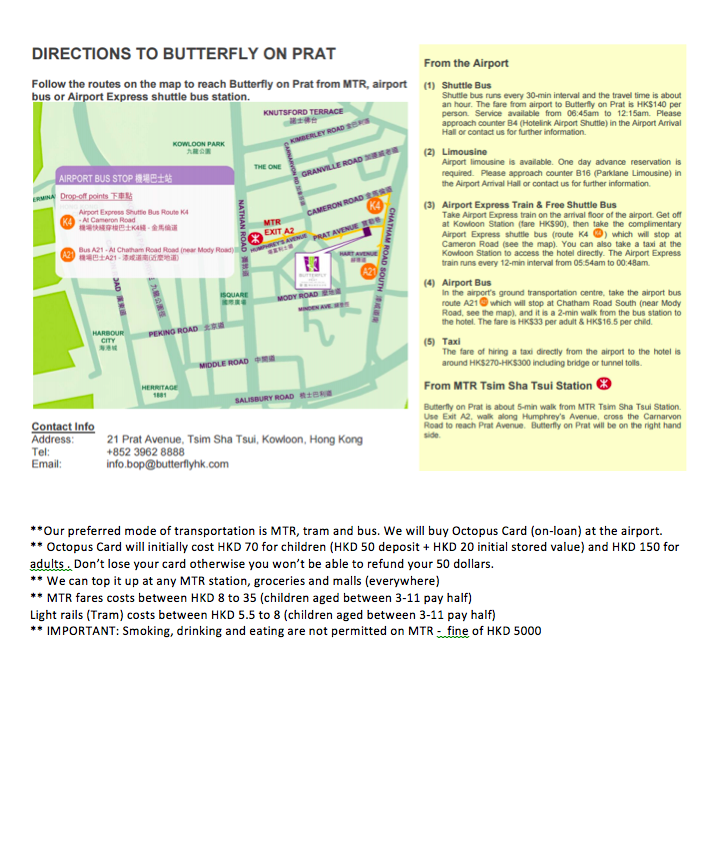 As you can imagine, travelling with 20 people is quite a challenge.
I know that our itinerary was very relaxed and I’m very open on changing it in case something comes up.
I’m quite structured but at the same time don’t want to stress myself when I travel.
Want to have some kind of idea of where to go and what to do when I visit a new place but flexible in veering away from plan if required.

All 20 of us will be coming from 2 countries (Philippines and Australia) and majority will come from our province in Obando.
We hired a van to drop us at the airport.
I took all the seniors passports and paid for everyone’s travel tax. It will be more organized that way instead of each and everyone of us going in the queue.

The chaos in the airport 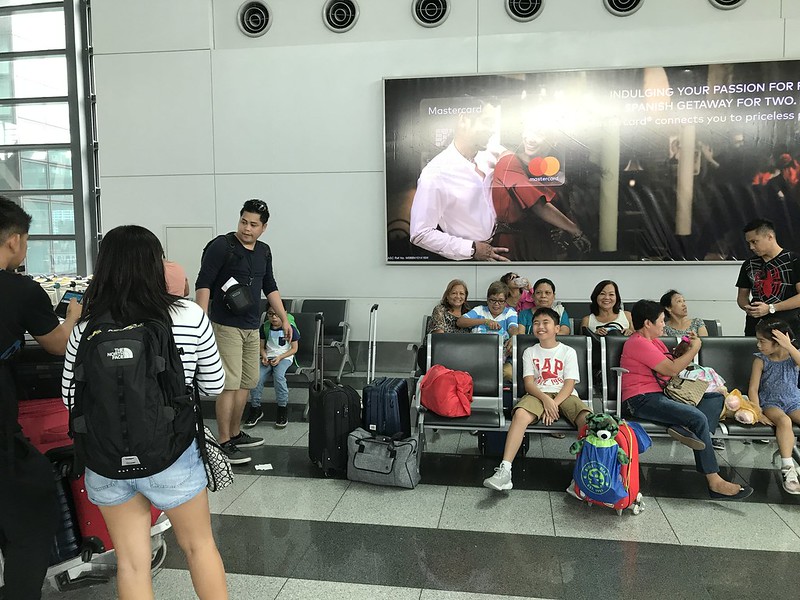 We were a few hours early which turned out to be a good thing because I assumed my mother-in-law had 20 kilos baggage allowance and believed this until the time of check-in. It turned out that we didn’t buy any baggage allowance for her, and she had 15 kilos of stuff.
We needed to move around stuff between each other’s luggages to avoid paying over-baggage fees.

After moving past that baggage issue, it’s time to face the immigration.

Hep! before that, please fill out the Immigration Departure Forms.
All 17 of you!
Seriously?! OMFG
Why can’t we just pass through the counter and let us go?

I have never been thankful in my life that we were in the airport very early and had ample time to do all these formalities.

Finally, we reached the boarding gate with no major dramas.
Settled into our seats (after moving some people here and there), and arrived in Hong Kong safely! 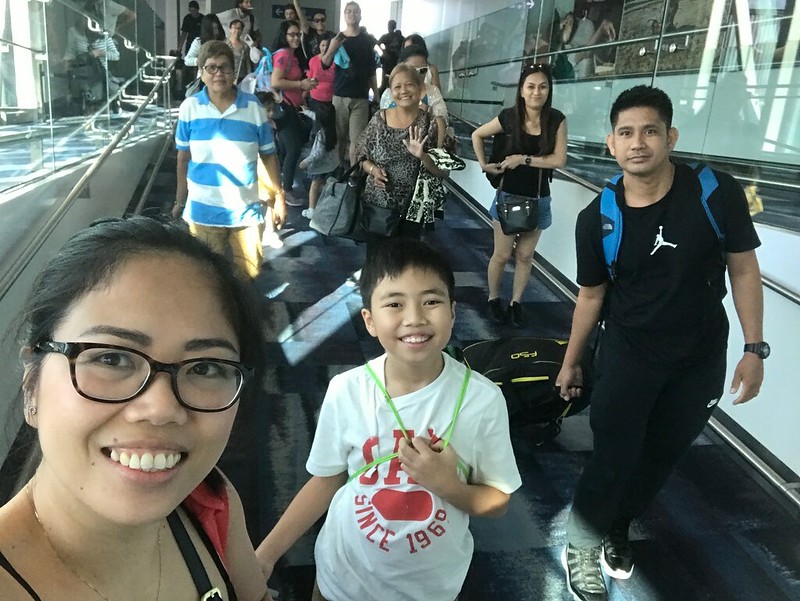 From Hong Kong International Airport, we took Bus A21 going to our hotel. I reckon this is the cheapest and less-stressful way of doing it, and it is!
Sure, the travel time took an hour but at least we were all comfy inside.
And the only thing I am worried about is missing our stop but it didn’t happen. 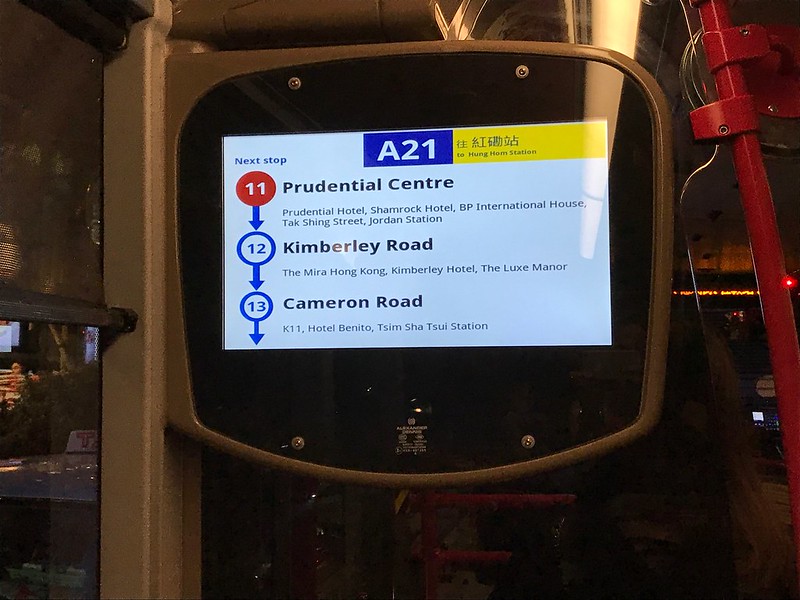 Gibson, my mom-in-law and Tita Beth 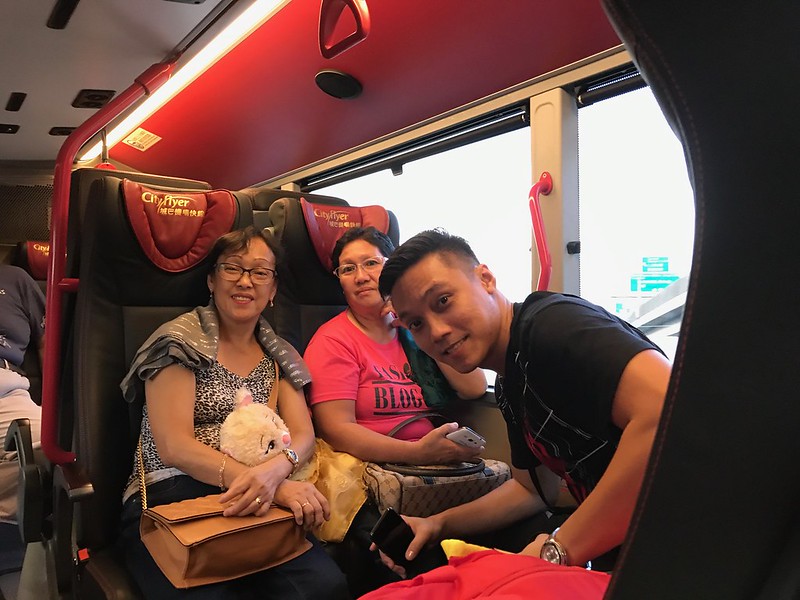 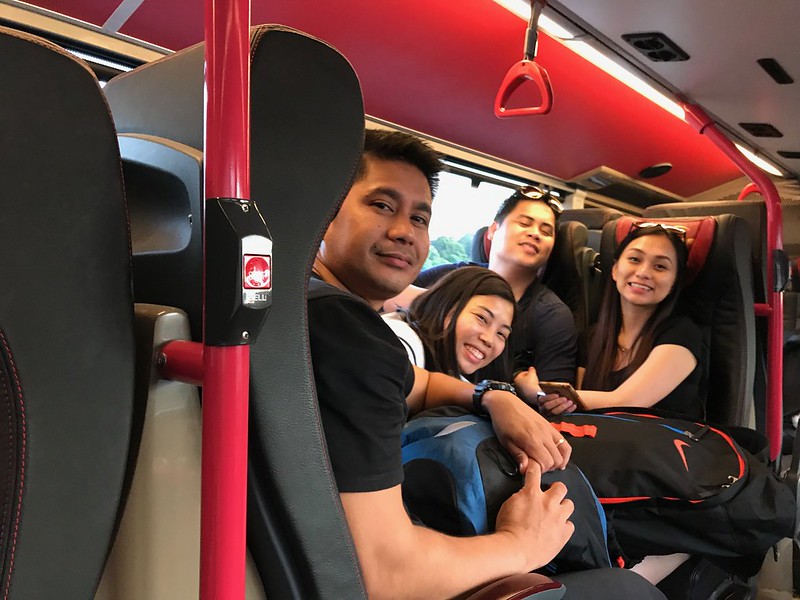 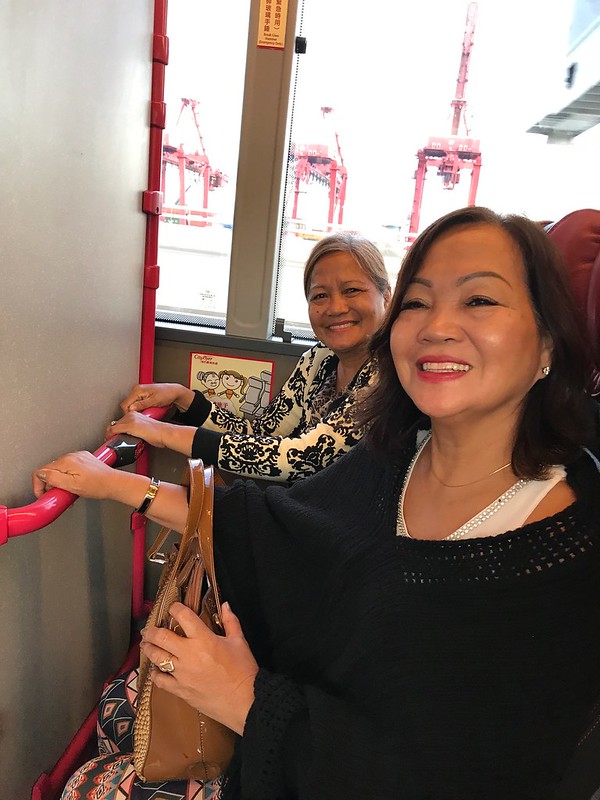 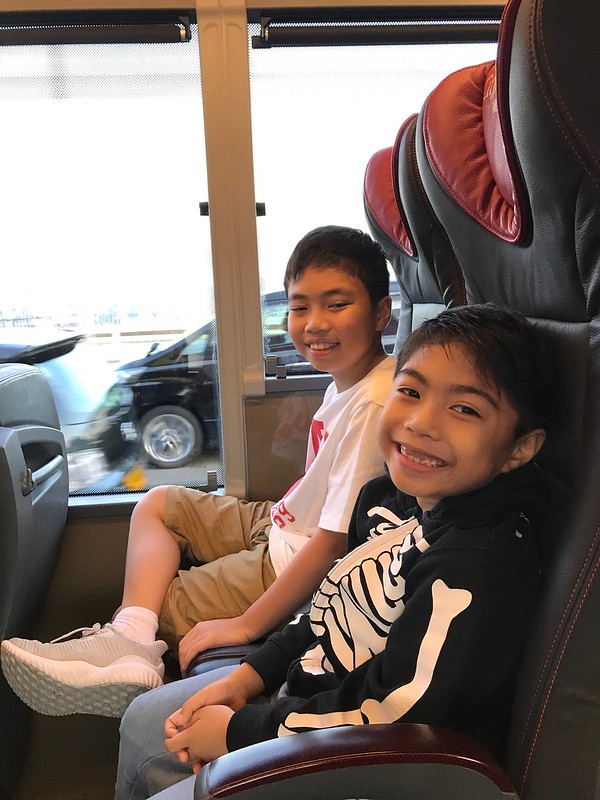 We reached our hotel around 7:30pm and checked-in swiftly. We were in total 4 rooms, 3 of which are family rooms.
I have already assigned who goes where on each room so it’s a matter of grouping ourselves. 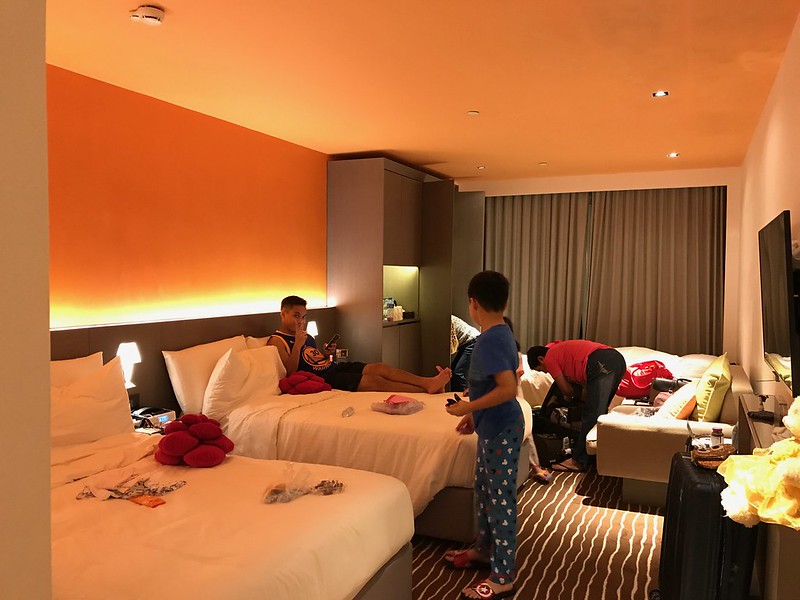 The hotel gave us free portable wifi and there’s mobile phone in the room that we can use when we go out and about.
I can recommend Butterfly on Prat. The rooms are big (specially the Family and Quad rooms).

After settling in, we ventured out and found a restaurant to eat.
Having a very big group means there’s no way you will be able to eat in our big table together.
Which is fine as long as we are in the same restaurant

Being a fan of congee, that’s what I ordered for dinner. 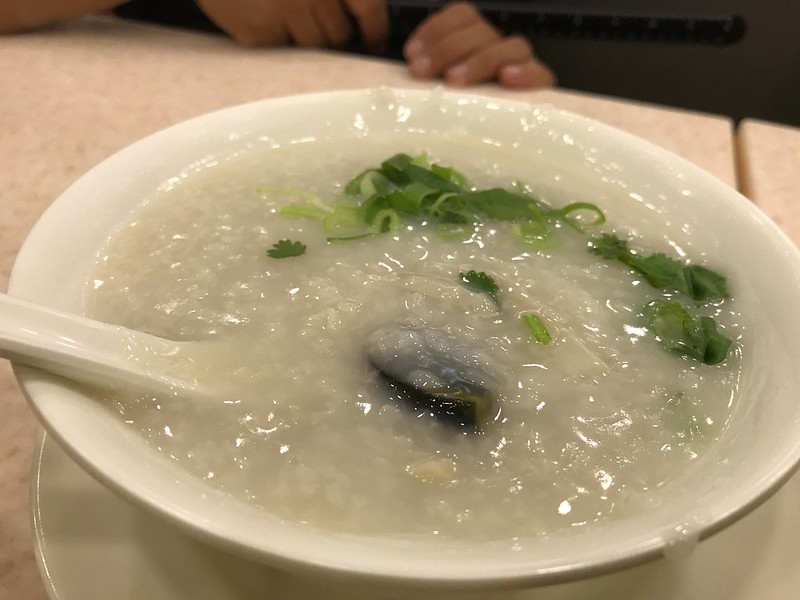 And Cole being a lover of anything that can choke him, ordered this delicious wanton noodles 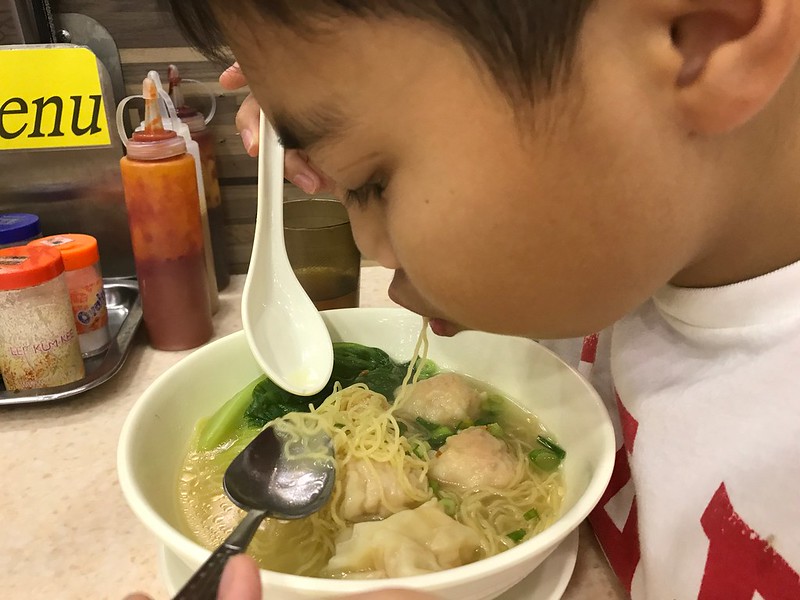 After our ‘light’ dinner, we decided to make most of the night together and camped in to one of the rooms sans the senior citizens. 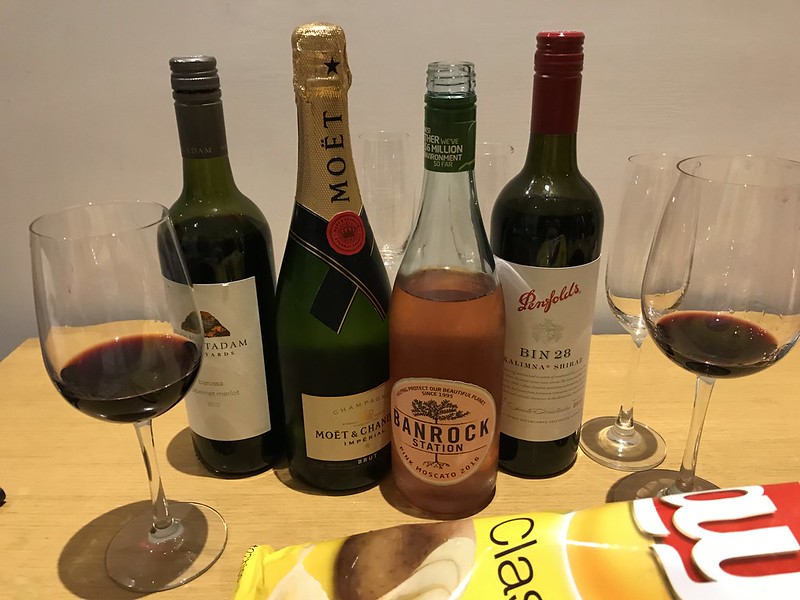 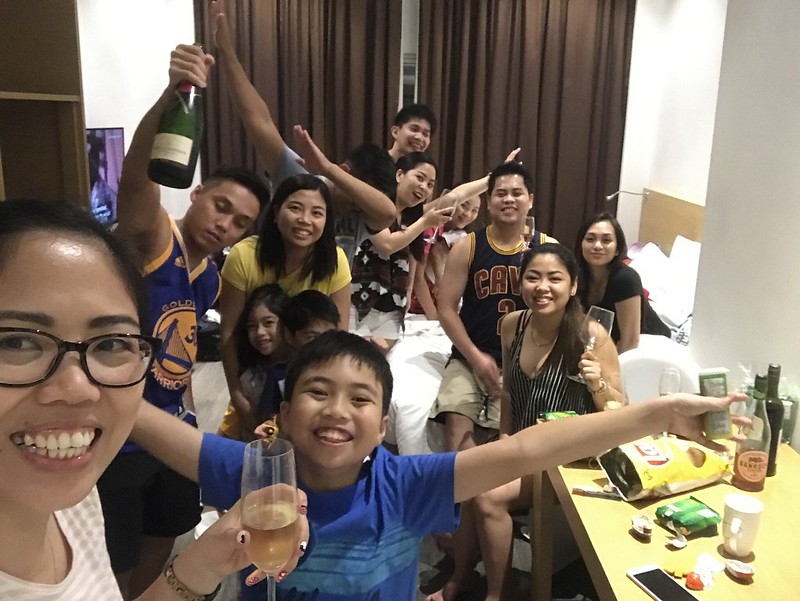 That’s it for Day 1. Might look unexciting but I was just so happy to survived this day without anyone of us getting lost or left behind 🙂

Post note: I would like to post our Hong Kong trip in one go, but decided to just share what I have finished right now because who knows when I’m going to complete it.