I have so many things on my draft folder and let me try to finish and post them one at a time. Today, let me share with you our experience at Westin Dubai Al Habtoor City.

Our family loves staying in hotels and before the year ended last year, we decided to have another hotel staycation.

With several SPG points to use, I started searching for hotels that we can stay in. We just wanted a Dubai-based property that we’ve never been before and Westin Dubai Al Habtoor fits the criteria. Quick Google search shows that it’s a brand new hotel just opened in September 2016. It’s part of a multi-use development in Al Habtoor City and one of the 3 hotels in the complex. The other two is the luxurious St. Regis, and urban and hip W Hotel.

As usual, I tried to check reviews and photos before our visit but since it’s the hotel is quite new I haven’t really found anything on the net. So let me make my own review.

Online reservation was smooth. Check-in was supposed to be swift but Gibson didn’t have his Emirates ID that time as his visa was under renewal. He searched through his mails to find a copy of his passport. So our check-in took longer than expected.
Good thing that check-in counters were not busy considering it’s UAE National Day.

While waiting for us to be checked-in, kids entertained themselves  with these treats. Cole had the lemon flavored macaron. Ha! 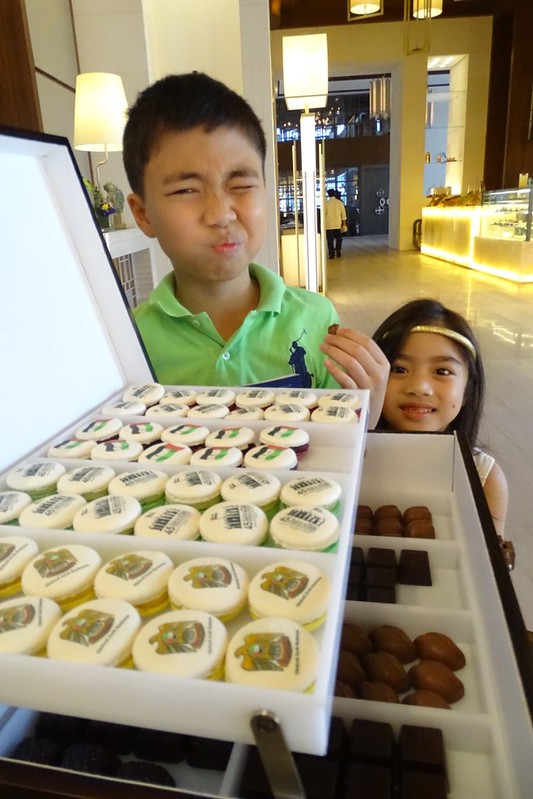 We paid an additional 350 dhs (more or less) to be upgraded to their higher room category which I guess is called Club that gives you breakfast, afternoon tea, and pre-dinner drinks. It’s really good value and you should definitely go for it.

That time, the lobby still smells ‘new’. You know, the smell of wood or paint although it already looks grand with those chandeliers and huge statement pieces. 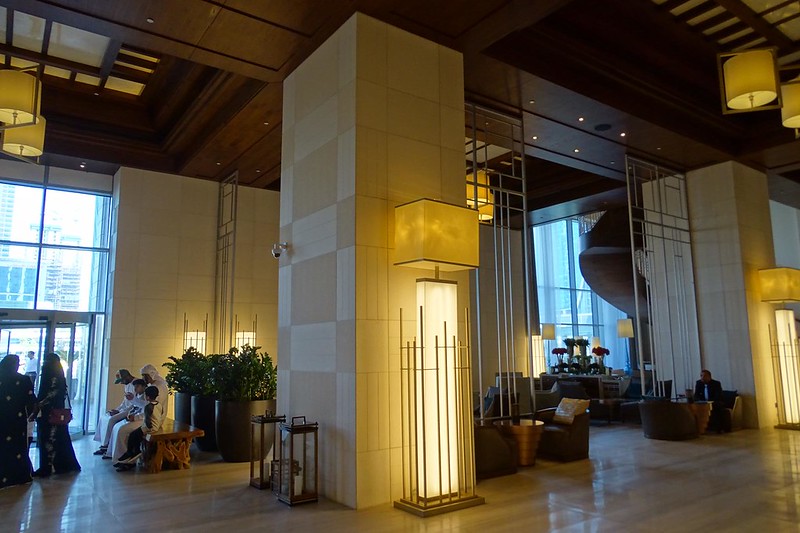 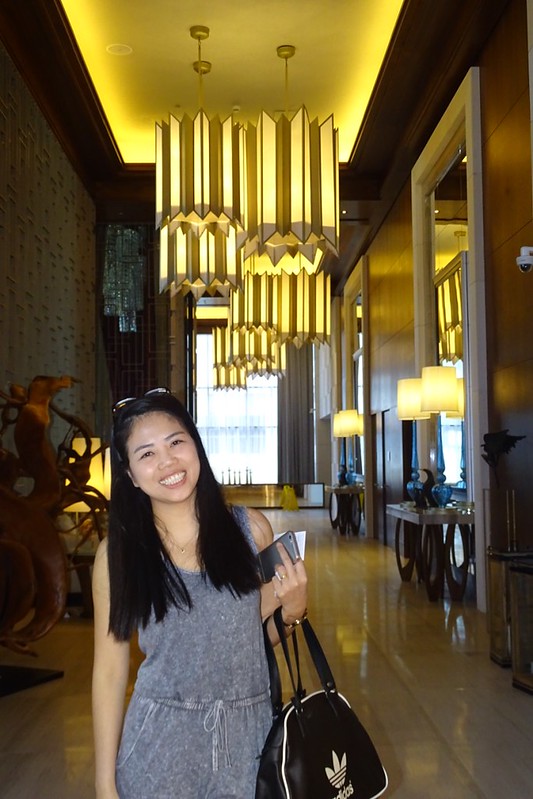 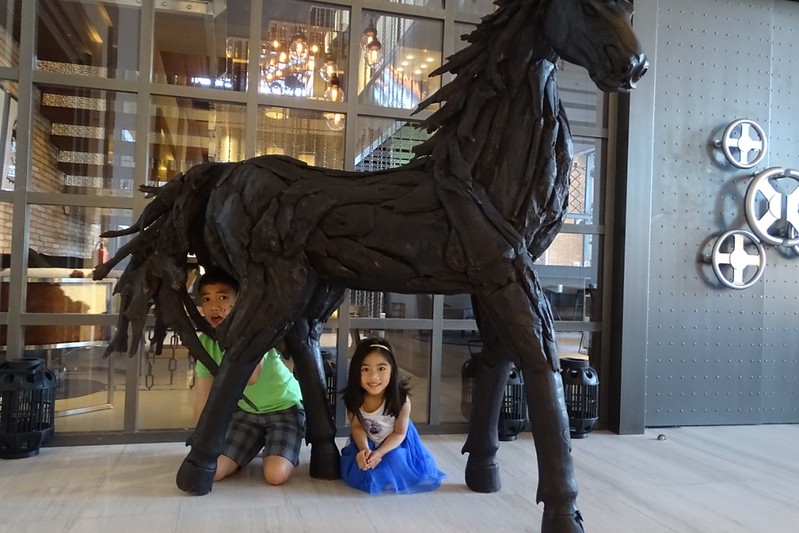 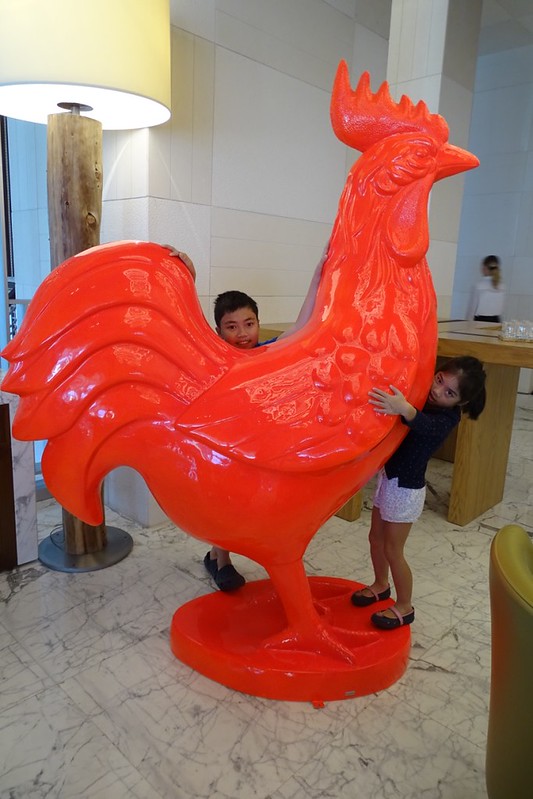 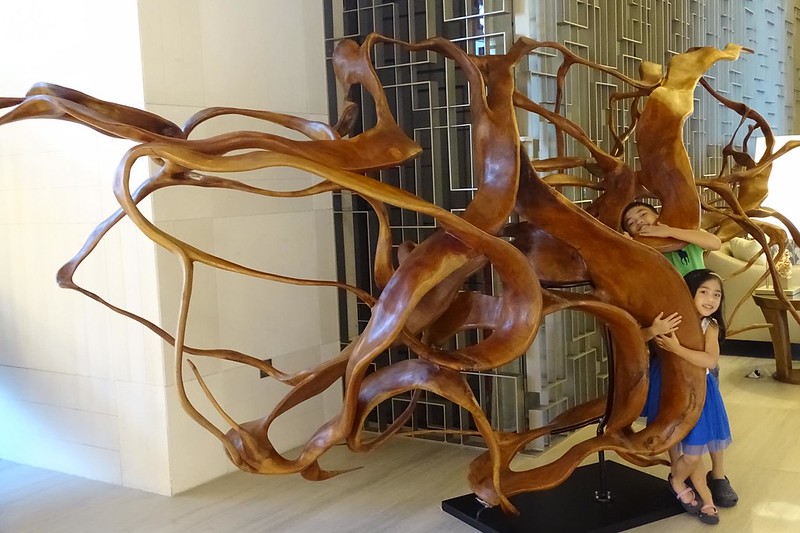 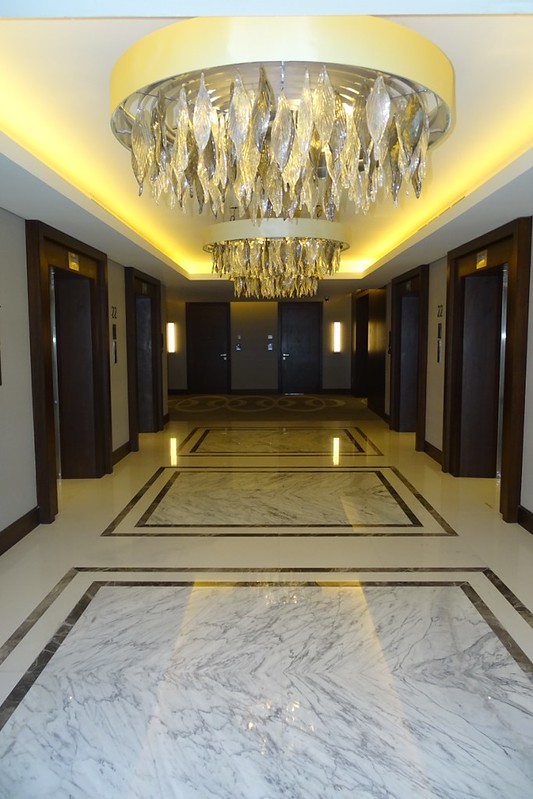 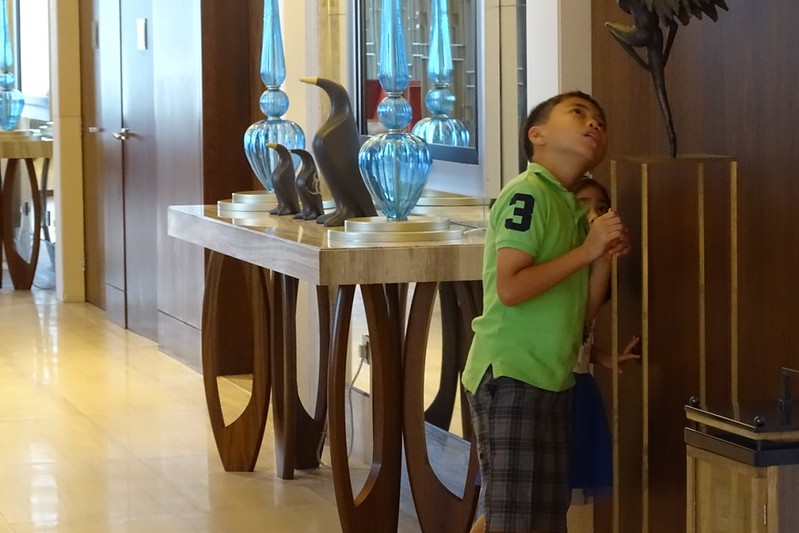 The room is similar to any 5-star hotel in Dubai. 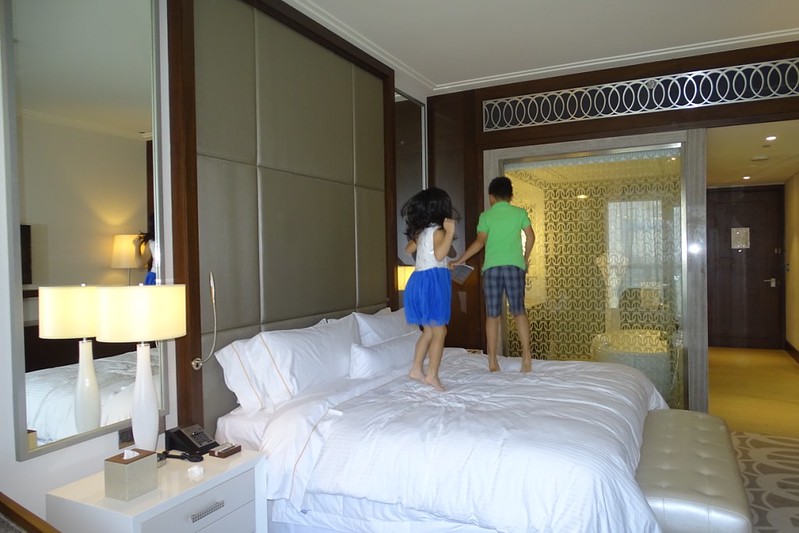 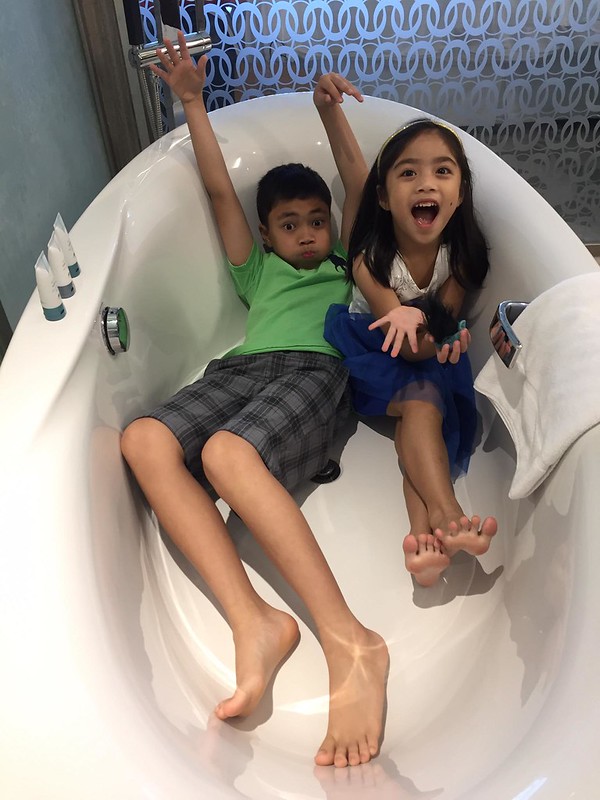 And I found my photo on me in there and some notes written on the mirror. Love the touch of personalization. 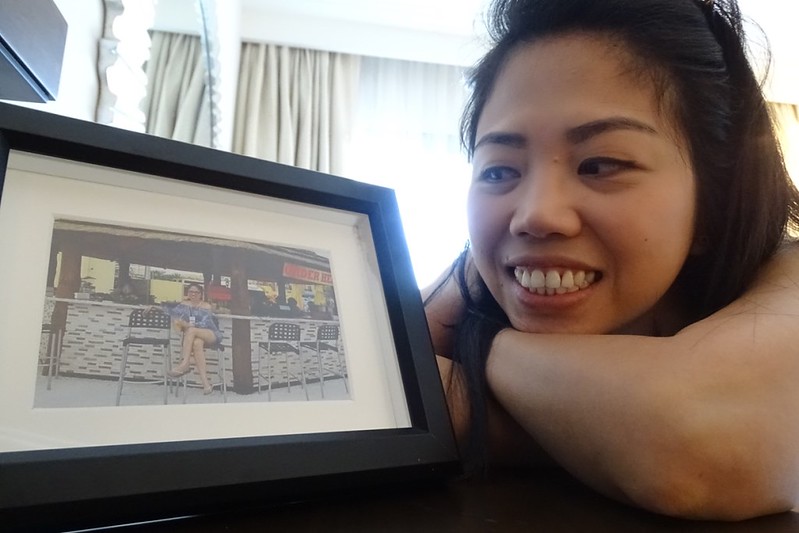 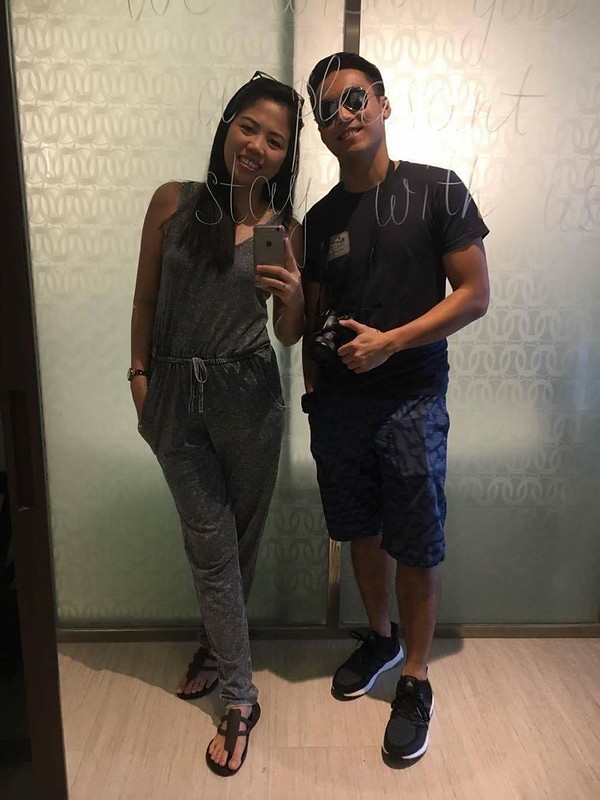 The room we got has the view of The Canal and Sheikh Zayed Road. Too bad that the balcony door was locked due to ongoing construction. 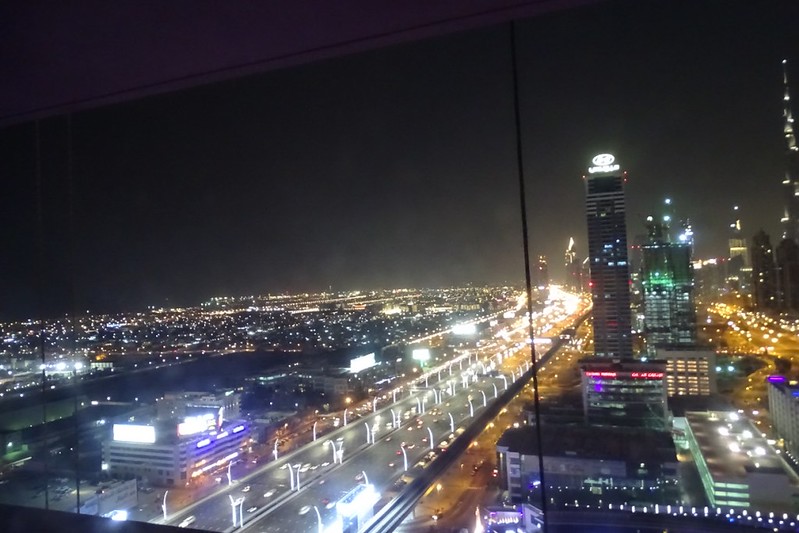 With kids on tow, the very first thing we do after check-in is to swim. 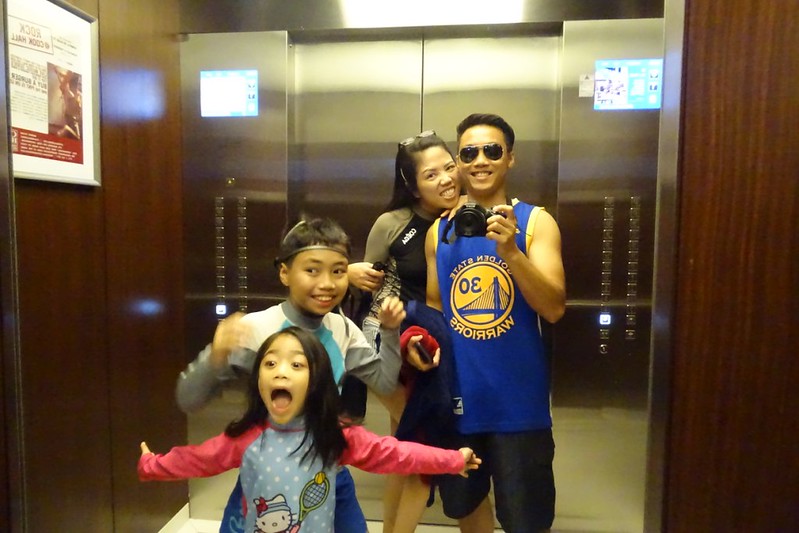 The pool wasn’t completed yet and I think that’s kind of blessing in disguise as we were able to visit the luxurious St. Regis. Although I’m told that guests can enjoy the pools available in the complex (that’s Westin, W Hotel and St. Regis).

It was kind of our mistake not asking the staff to guide us to St. Regis. We were circling and roaming lost inside the hotel for around 15 minutes and we asked 2 security guards to assist although they seems to be as lost as we were and can’t guide us.

But it’s ok, the grandiosity of St. Regis make up for it.

The kids area looks totally secured with it’s own gate, shallow water, lifeguard on duty and indoor play area. Although I never let my kids alone in pool area. 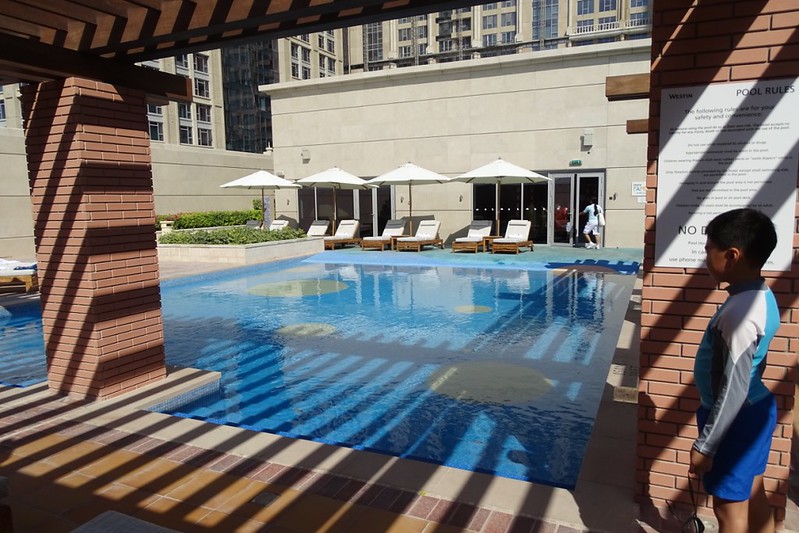 The adult pool has shallow parts as well, and temperature controlled. 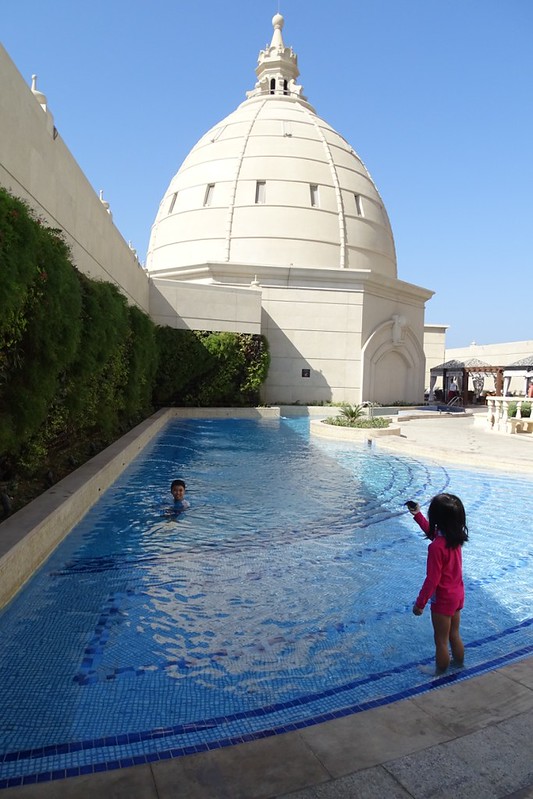 We had lunch in the pool as usual and stayed there until it’s time for afternoon tea. After shower, we went straight to Daily Treats for the inclusive afternoon tea included on our room package.

You can choose anything from the selection on display and serves unlimited tea and coffee. 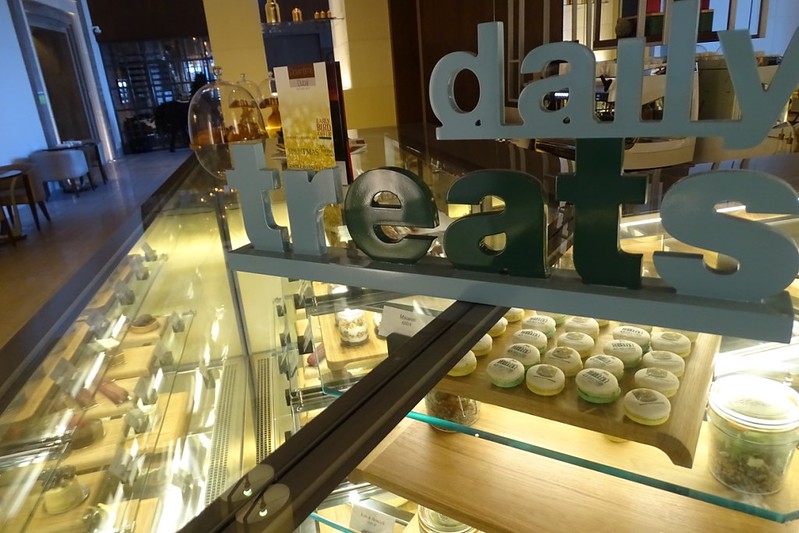 There’s only few choices available and not very exciting. 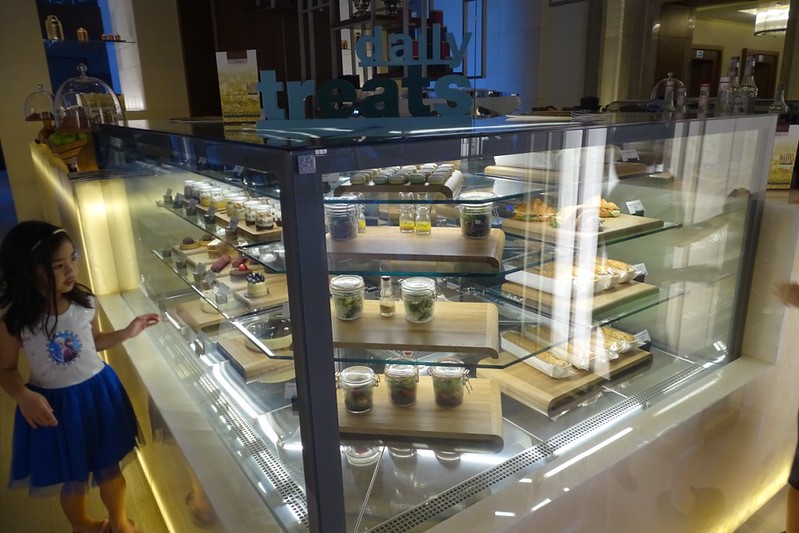 After the afternoon snack, we went out to check the canal for the first time. I know that Westin Al Habtoor is near the canal but I was not expecting that it’s just literally outside the hotel. A very nice surprise! 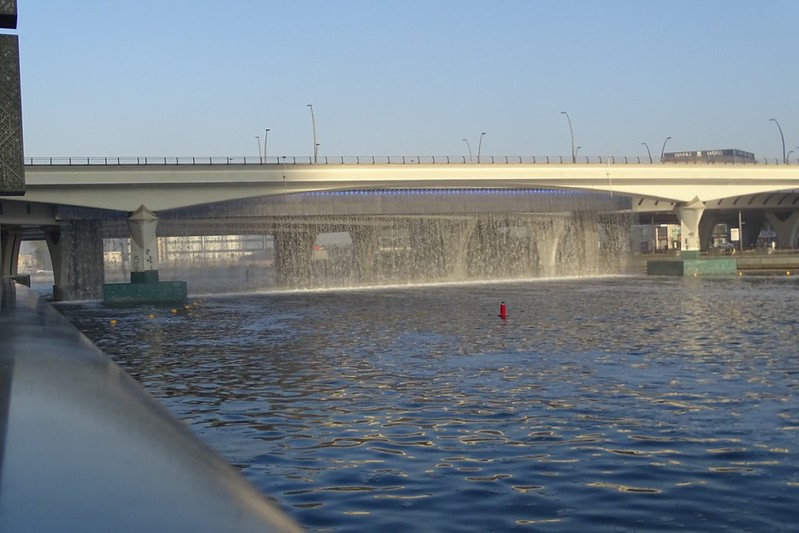 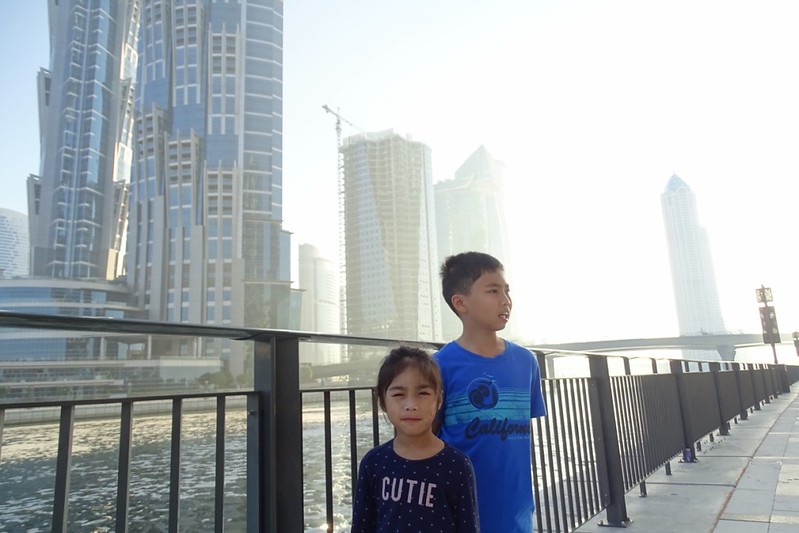 Around 6pm, I told Gibson we should avail the Happy Hour and I was surprised he agreed so you can say it’s our first Happy Hour together as a couple.
To be frank, I wasn’t expecting him to say yes.
First because there’s no one to take care of the kids. Second he doesn’t drink.

We left one of our phones with Cole in case they need anything. Anyways, we are just one elevator away.
We let them eat chips and watch unlimited Youtube videos hoping that will keep them occupied for longer.

Margarita and Mojito. Supposed to be his and hers but I ended up drinking both. The happy hour includes some canapes. 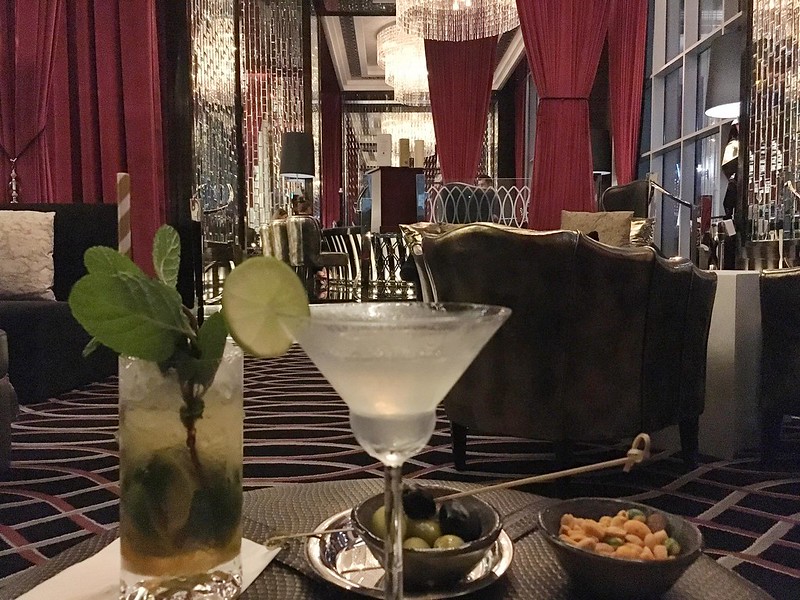 As expected, the Youtube binging didn’t help much. Cole called us after 15 minutes and repeatedly ring every 5 minutes.
Either they’re scared, bored or hungry. So our adulting only lasted for less than 1 hour.
It’s still memorable though. We had dinner in-room.

The following day, breakfast was served at Seasonal Tastes. Spread is good but the chef in the Far Eastern section seems to be not in the mood.

Hope this review is useful in case you decide to go. Have a good day! 🙂