Some holy week reflections I received from World Vision Philippines. Thoughts to ponder while we are all away during the Lenten season. Whatever you are planning to do this Lenten and Spring break, I hope you have a peaceful, relaxing, enjoyable and blessed days ahead! 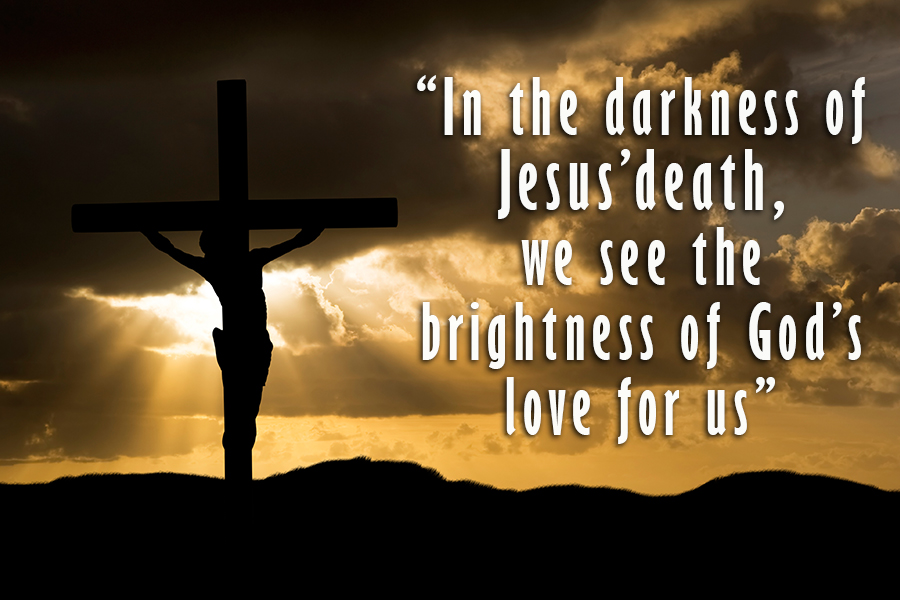 “Then Jesus went with his disciples to a place called Gethsemane, and he said to them, “Sit here while I go over there and pray.”  He took Peter and the two sons of Zebedee along with him, and he began to be sorrowful and troubled.  Then he said to them, “My soul is overwhelmed with sorrow to the point of death. Stay here and keep watch with me.”  Going a little farther, he fell with his face to the ground and prayed, “My Father, if it is possible, may this cup be taken from me. Yet not as I will, but as you will.”  Then he returned to his disciples and found them sleeping. “Couldn’t you men keep watch with me for one hour?” he asked Peter.  “Watch and pray so that you will not fall into temptation. The spirit is willing, but the flesh is weak.”  He went away a second time and prayed, “My Father, if it is not possible for this cup to be taken away unless I drink it, may your will be done.” When he came back, he again found them sleeping, because their eyes were heavy.  So he left them and went away once more and prayed the third time, saying the same thing. Then he returned to the disciples and said to them, “Are you still sleeping and resting? Look, the hour has come, and the Son of Man is delivered into he hands of sinners.  Rise! Let us go! Here comes my betrayer!” – Matthew 26:36-46

For Jesus, the garden of Gethsemane is the “deep breath before the plunge” experience, the moment when he can clearly see the violently dark clouds of Calvary gathering. In many ways, Gethsemane is harder for Jesus than Calvary – these will be the darkest hours of Jesus’ life. The decisive spiritual battle that Jesus came to fight will be fought on Calvary, but it’s Gethsemane where he waits on the edge of a battle he can’t escape that will be most terrifying to his soul.

But as is so often the case in our lives, the darkest moments in Jesus’ life are also those times when the grace of God shines the brightest, and in the deep valley of Gethsemane we get one of the clearest views of the highest peaks of God’s love. In the quiet of the garden of Gethsemane Jesus looks and sees hell with all its terrors and unspeakable horrors open before him. On the cross, all the filth and moral rot of the human race will be poured out on Jesus’ perfect and spotless soul, and his heavenly Father, with whom he has only ever known perfect and unbroken fellowship from eternity past, will turn His face away from him, will abandon him, and with His face turned away will pour out all His hatred and detestation of sin on Jesus.

But the hand that increased the weight on Jesus’ soul was the loving hand of his Father and it was put there for a loving purpose – to save a lost and dying world. What was pressed out of Jesus was perfectly pure love and obedience to his Father, and that love and obedience purchased our salvation.

But his prayer didn’t end with “remove this cup”, it ended with “Yet, not what I will, but what you will.” Jesus submitted himself perfectly to the will of God – God’s will was what he wanted even more than life, even more than avoiding the terror before him. The press of Gethsemane pressed perfect and pure obedience out of Jesus. Obeying his Father was the most important thing to him.

God so loved the world that he gave His only begotten Son…John 3:16

“Whoever believes in Him shall not perish but have eternal life”

“Now Thomas (known as Didymus), one of the Twelve, was not with the disciples when Jesus came. So the other disciples told him, “We have seen the Lord!” But he said to them, “Unless I see the nail marks in his hands and put my finger where the nails were, and put my hand into his side, I will not believe.”  A week later his disciples were in the house again, and Thomas was with them. Though the doors were locked, Jesus came and stood among them and said, “Peace be with you!” Then he said to Thomas, “Put your finger here; see my hands. Reach out your hand and put it into my side. Stop doubting and believe.”Thomas said to him, “My Lord and my God!” Then Jesus told him, “Because you have seen me, you have believed; blessed are those who have not seen and yet have believed.” – John 20:24-29 (NIV)

Thomas’ encounter with Jesus happened a week after the resurrection. Jesus came to Thomas personally within the community of believers, because he knew Thomas’ doubts. He spoke to him tenderly and with such intimacy and invited him to touch His wounds.  Thomas’ personal experience of Jesus led to transformation. After touching Jesus’ wounds his response is “My Lord and my God,”  revealing such a swift change of belief: his confession and surrender, his transformed trust and true worship of Jesus as his God. Every encounter with Jesus is transformative.  Each one of us have our own story to share on how Jesus personally came to us and how our lives were changed.

In verse 29, Jesus says: “Because you have seen me, you have believed; blessed are those who have not seen and yet have believed.” This verse is teaching us to live by the unseen, living by believer and through the presence of the Holy Spirit rather than Jesus’ physical presence. This is how we live by faith, completely trusting in God in all of life’s circumstances, even those we do not understand.