We went to IBN Battuta mall last weekend to have my kids’ tablets repaired. We bought them from Geant a year ago and it was supposed to be still under warranty. To cut the story short, they didn’t accept it for various reasons. Anyways since we were in Geant already, I told the hubby to buy some grocery and toiletry items for us. I suggested that the kids and I will just have some drinks and dessert somewhere while he’s doing the errand. I was thinking of Jamaica Blue but the cafe is under renovation and I don’t want Starbucks.

I then noticed this little deli place. It’s located just in front of Geant Supermarket. You might have seen this cafe before but also didn’t take notice. It’s quite a challenge to compete with popular restaurants and fast food chains which are just a few steps away from it. Well, since Cole wants pizza I decided to give it a try. 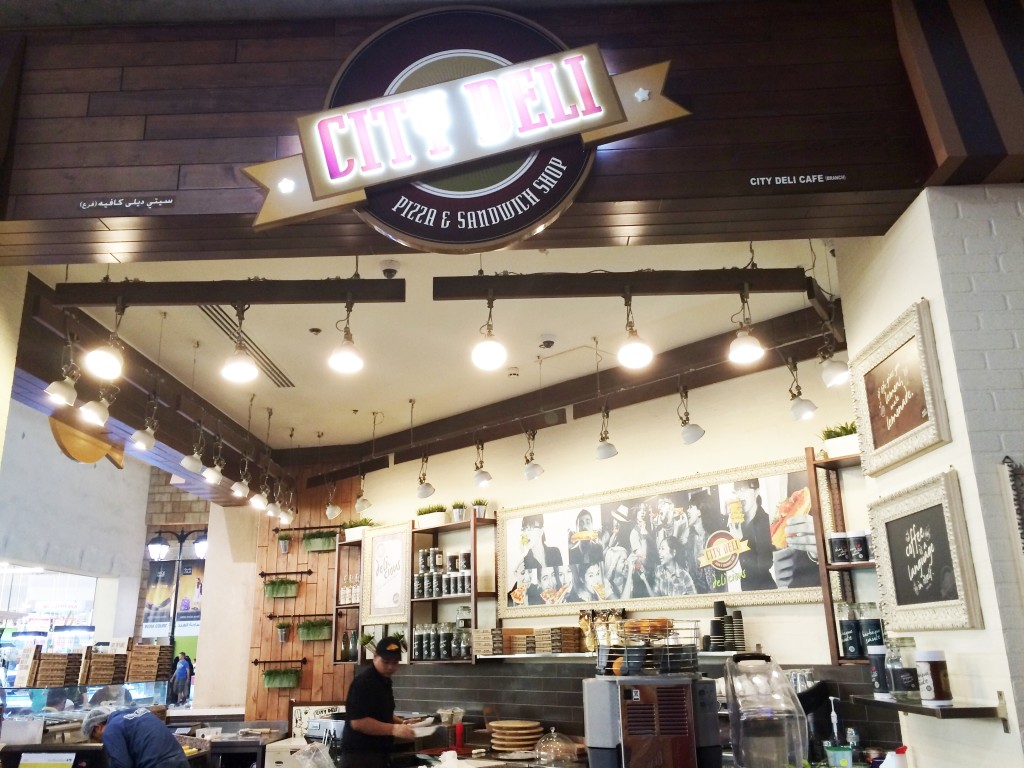 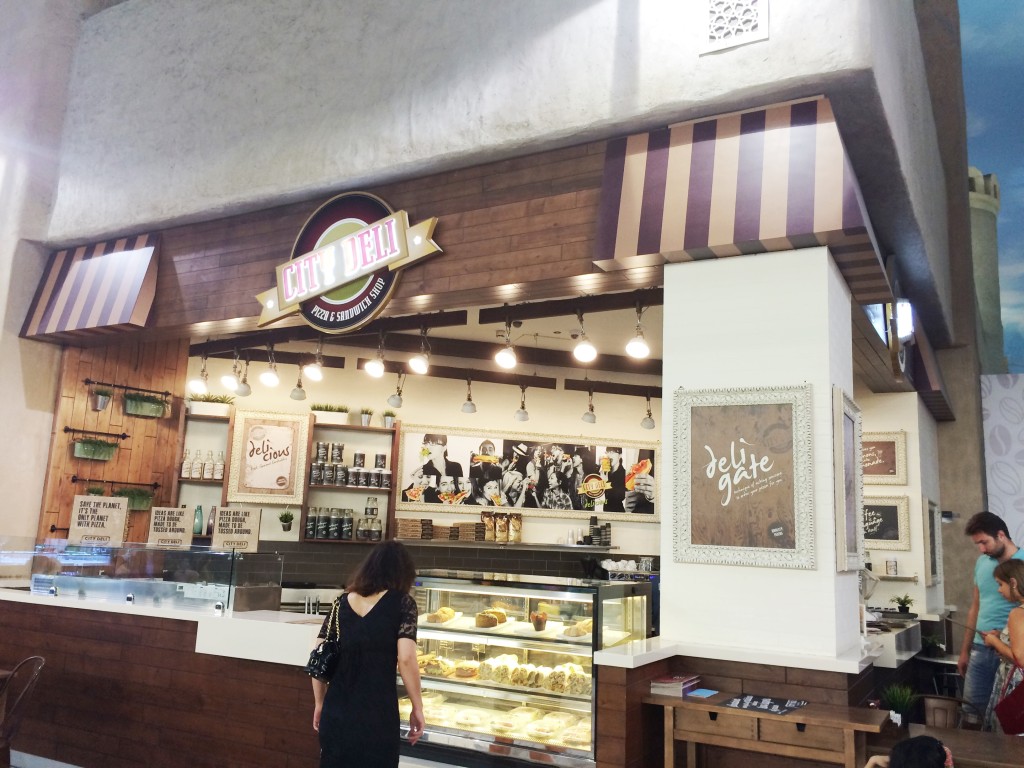 The lady gave us the menu 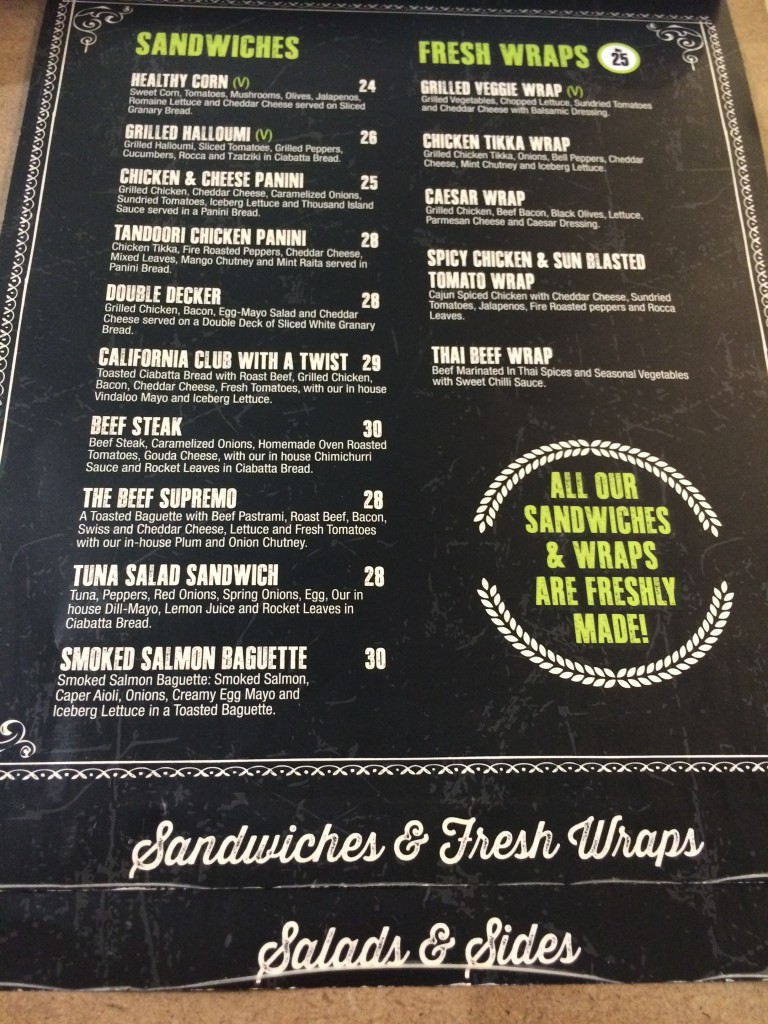 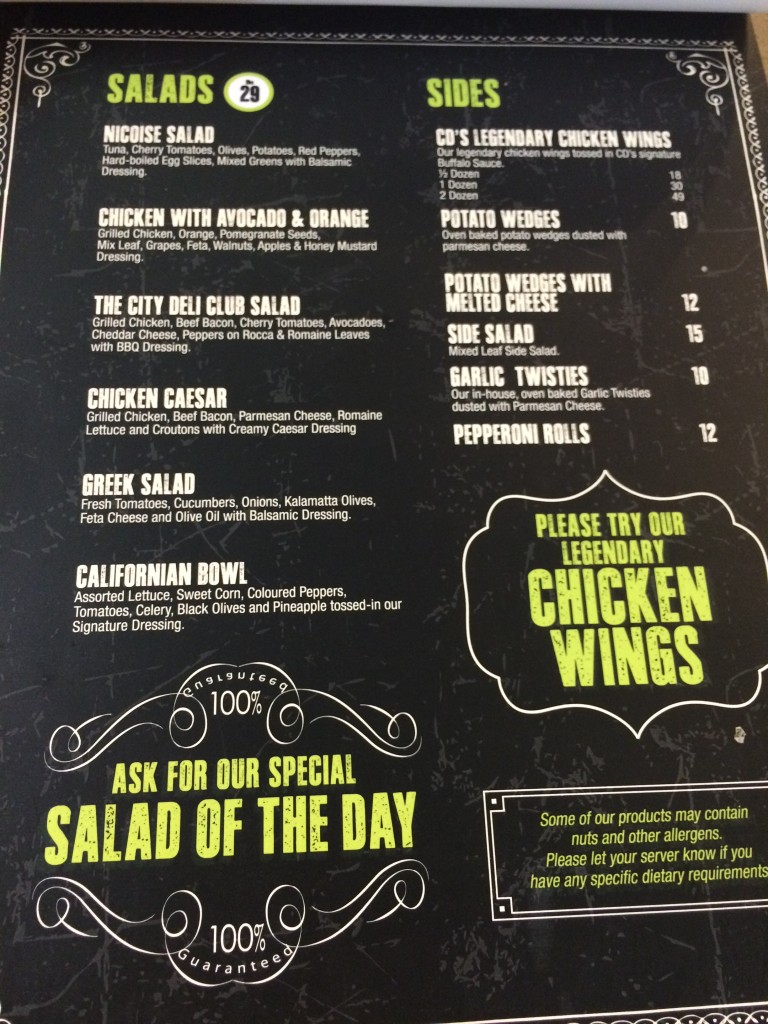 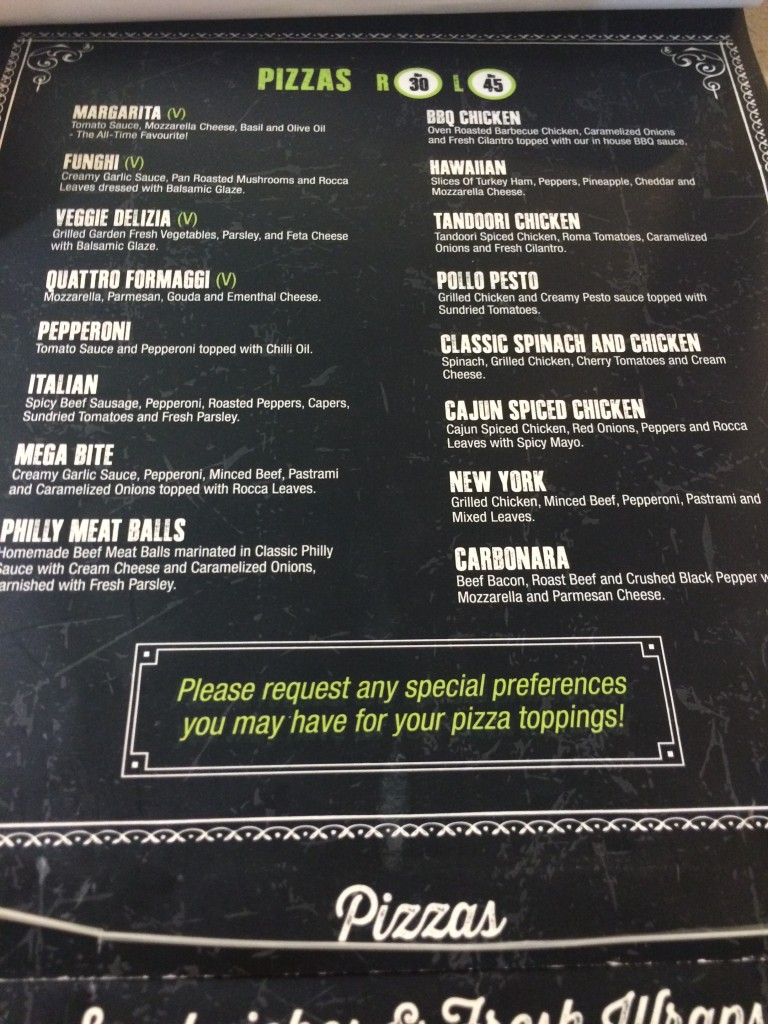 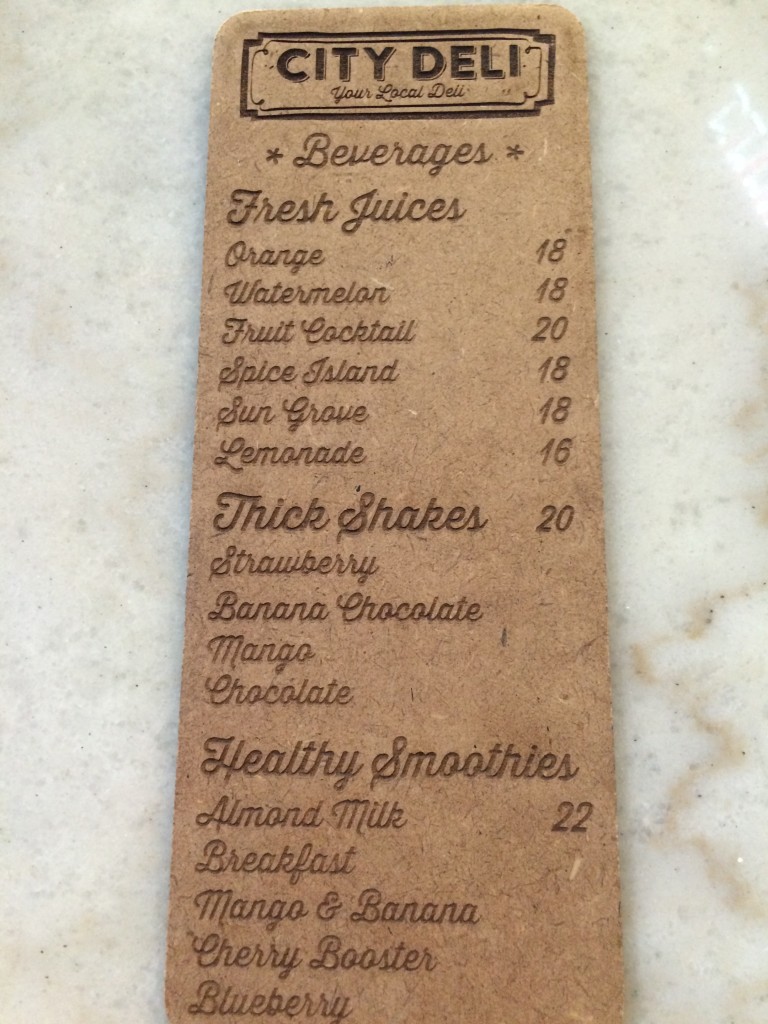 I ordered a regular pepperoni pizza for my son. I was contemplating of ordering the Italian or Funghi flavors too but I know there’s no way we can finish two pizzas so I skipped. I tried ordering their ‘legendary’ chicken wings but it was not available. It’s quite annoying when restaurants promote something but the dish is not available in reality. I just ordered potato wedges for the sides.

While waiting, I took some photos of the cafe. I like their concept. 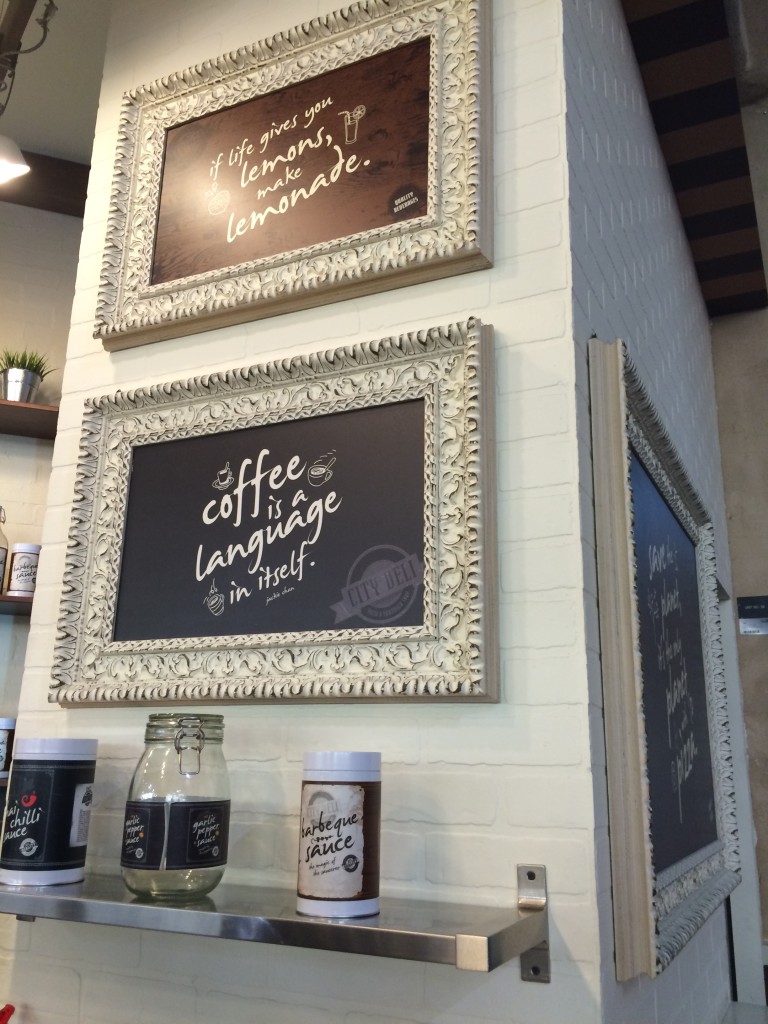 Walls are adorned with frames with catchy phrases. 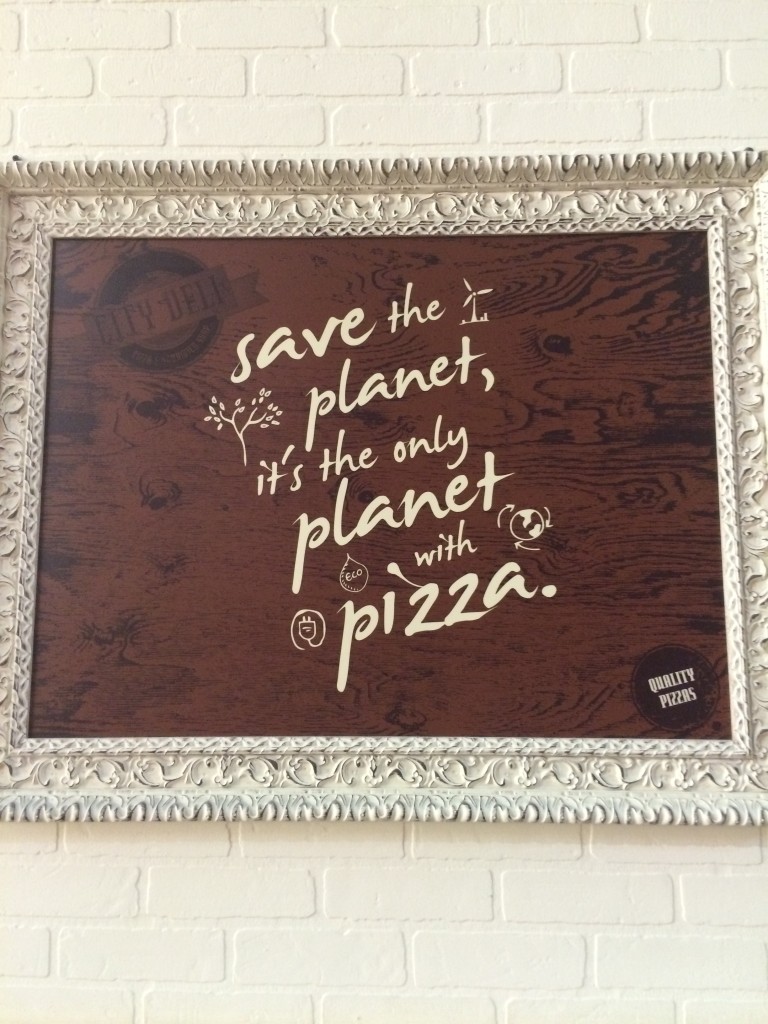 Even their table mat looks pretty and I love this phrase. 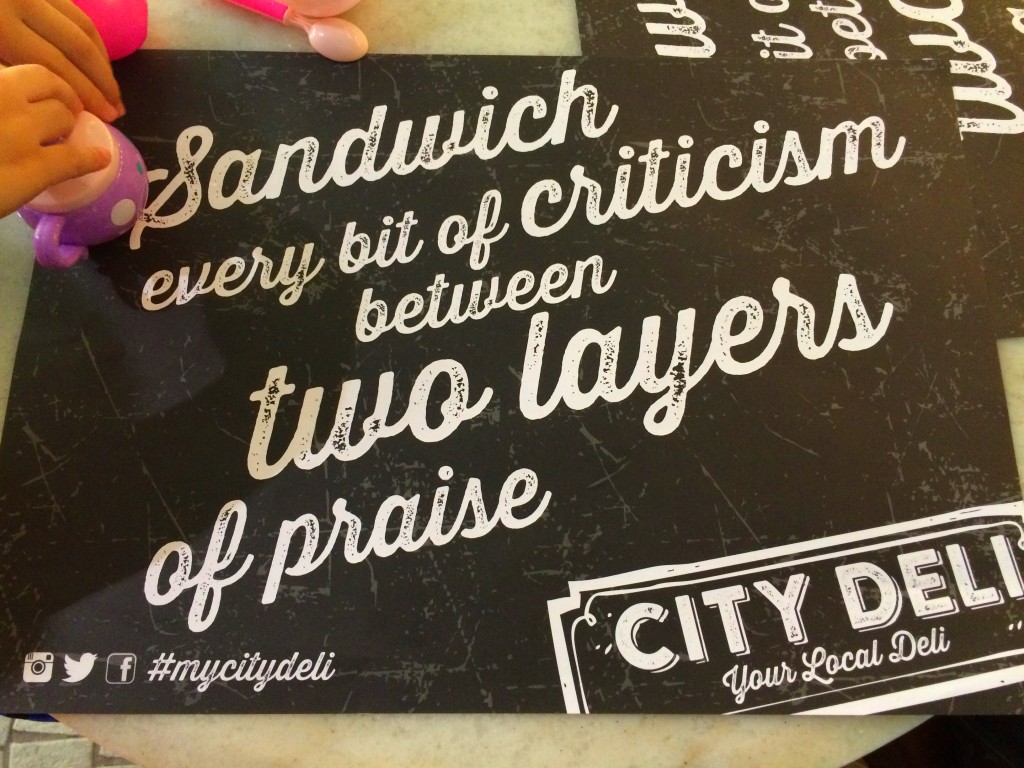 No, that’s not what they’re using 🙂 My daughter got this in exchange of the tickets she won from Fun City. 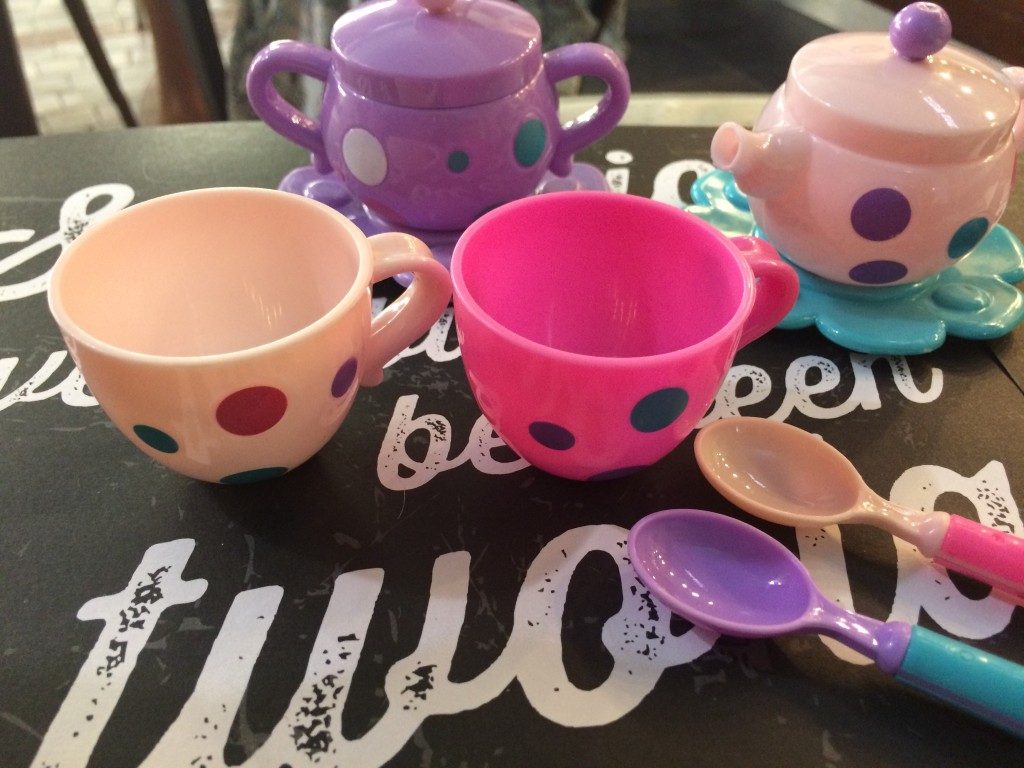 Let’s go now to the food, to be honest I’m not expecting too much from this deli so I was pleasantly surprised that their pizza was actually good. The dough was not too thick nor too thin. It’s soft and chewy with just the right crunch. I regret not ordering the pizza of my choice but there’s always a next time. 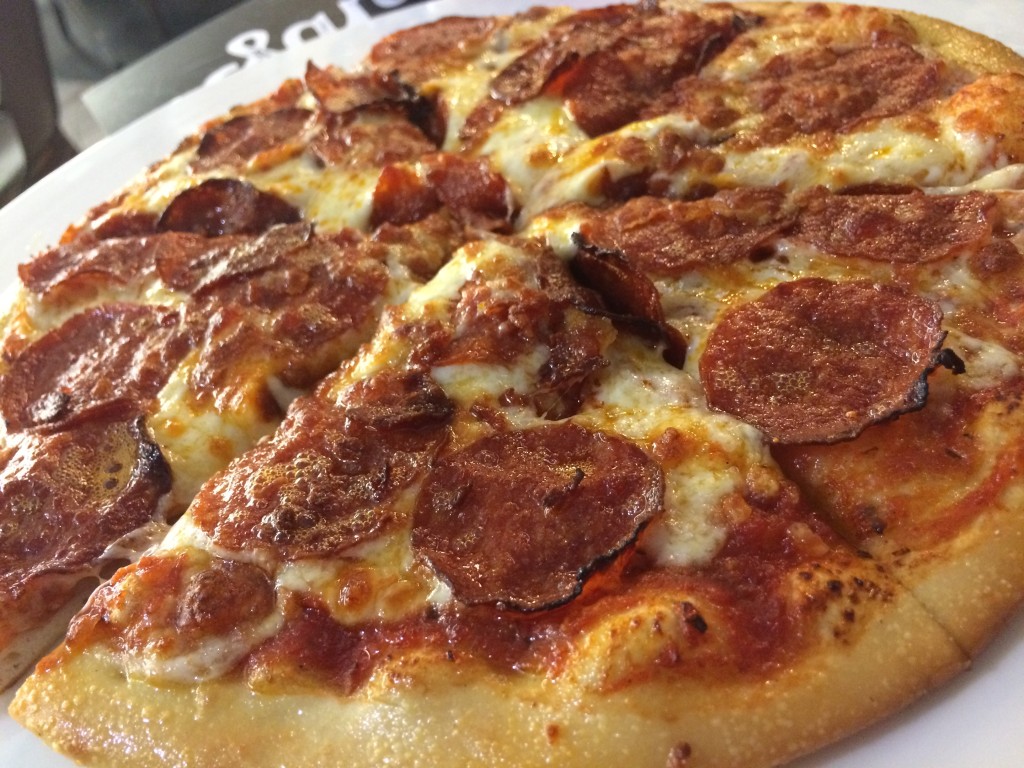 It’s a different story with the potato wedges. Only few pieces has that crunchy coating and the rest just looks and taste like regular fried potato. I don’t even want to talk about the lonely melted cheese on top. 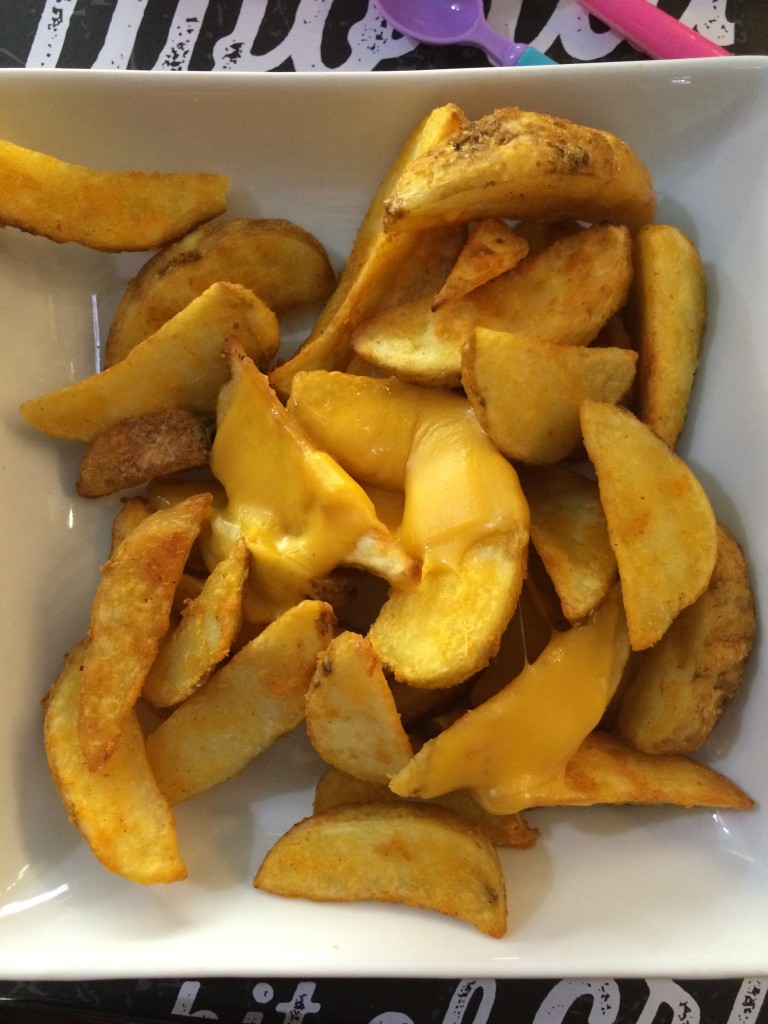 Maybe to compensate with the potato wedges, their chocolate milkshake was again a nice item on their menu. Not annoyingly sweet and really chocolate-y.

Overall, it’s a good deli place if you stick with the pizza. You can maybe try their sandwiches as well as it seems it’s their specialty. I will definitely try their other milkshake flavors. 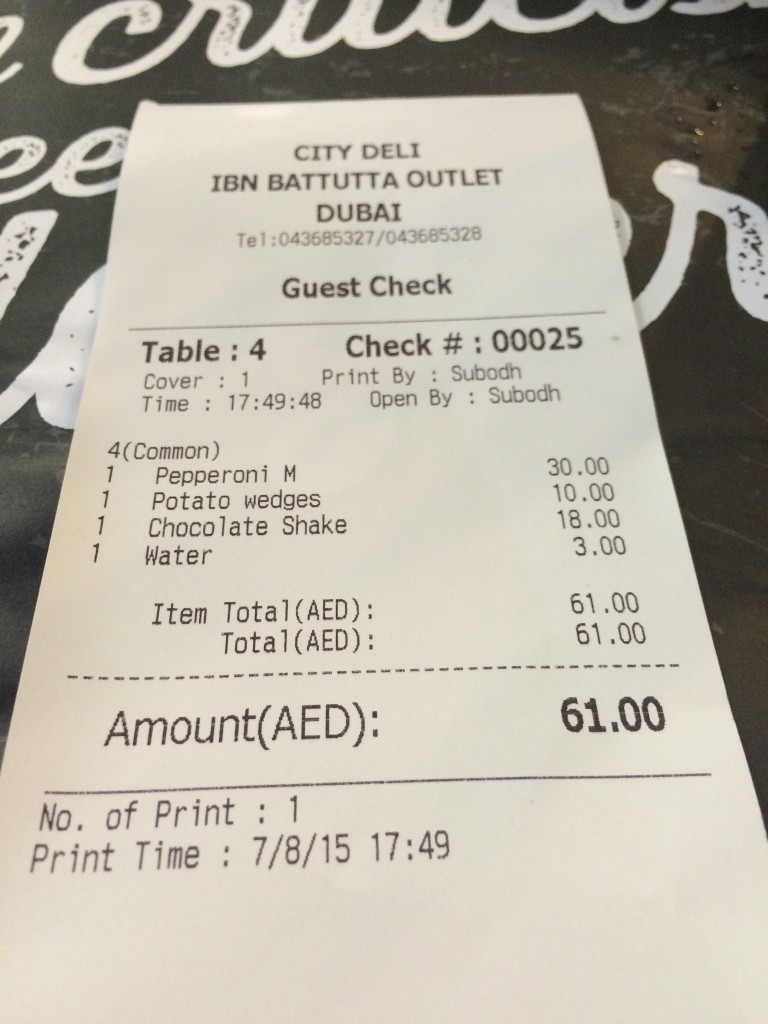 Never be afraid to try something new. Because life gets boring when you stay within the limits of what you already know. Ciao!