After attending mass at St. Mary’s we went to Burjuman to have lunch at Barrio Fiesta. We’re quite a big group, 6 adults and 4 kids so when we saw the Friday buffet for AED 49, we thought it’s better to go for it than order ala carte. 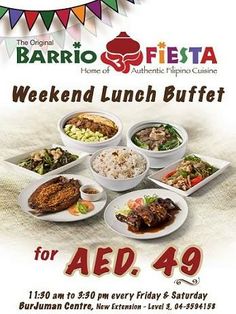 Don’t be deceived by the photo. They don’t serve those dishes shown on the ad. I’m not sure if they change menu every weekend but last Friday we had spicy beef (really good), fried tofu, crispy chicken skin (good but bad for your health), creamy pumpkin soup (good), fried rice, grilled chicken (didn’t taste but Cole said it’s fine), chicken sisig (bleh!), sweet & sour fish fillet (didn’t try), goto (good but I wanted it to be extra hot – like boiling hot), stir-fry Asian noodles, some vegetable dishes, salad and dessert which I did not at all try.

Over all, I think 49 dhs is not bad and you get value for your money.

After lunch, kids want to visit the toilet and that’s when I saw the butterflies on the wall. Burjuman is undergoing some major renovation or as the mall said its their “metamorphosis”. I have soft spot for these beautiful insects and this is a great opportunity for an OOTD shot. 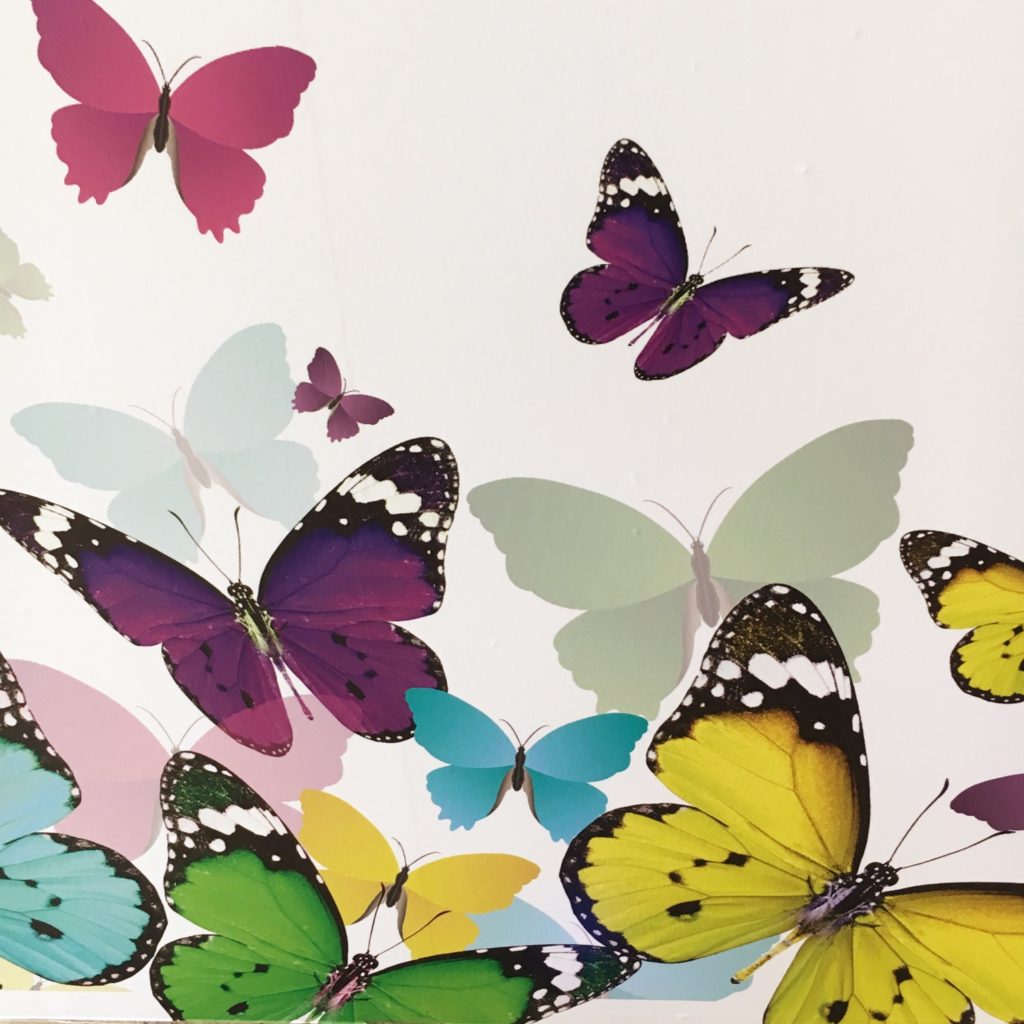 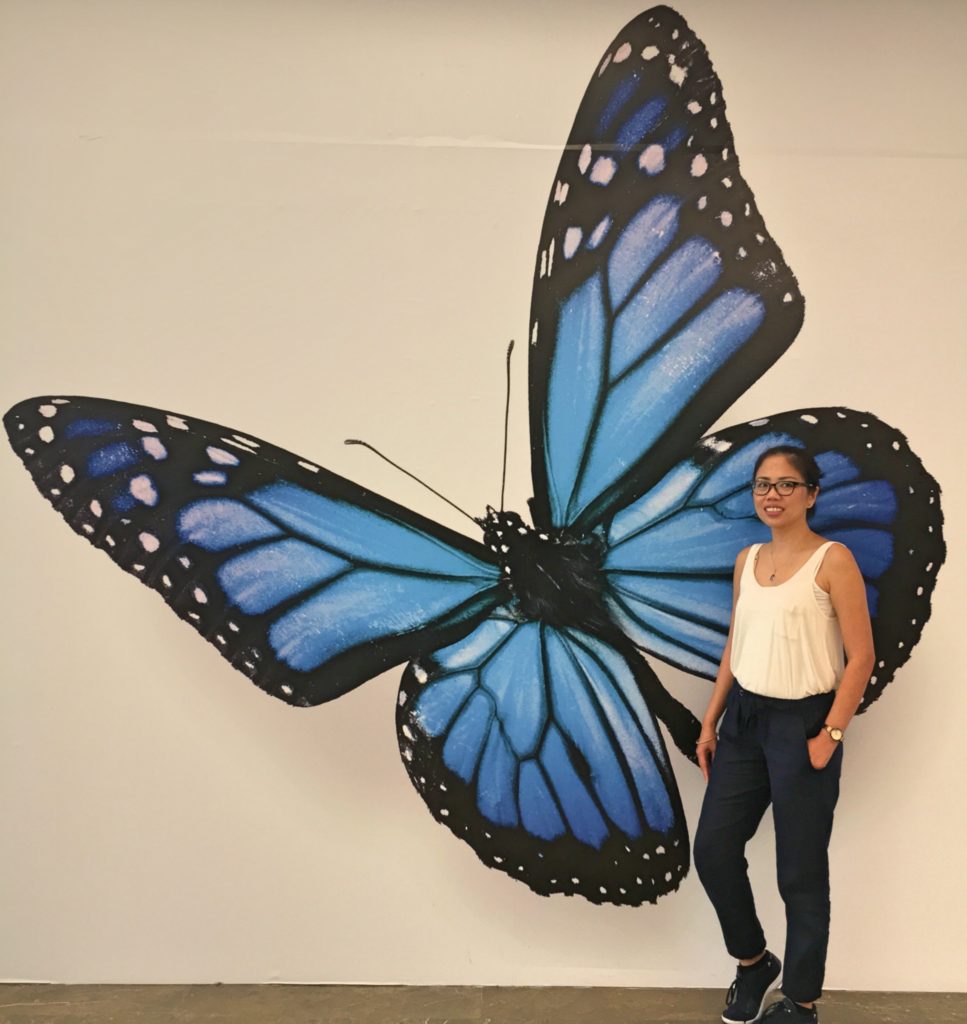 We’re attending a children’s birthday party at 5pm and its only 1 so we decided to have coffee first. We went to the other wing of the mall looking for a coffee place. We saw this new cafe called Waffle Factory and told myself why not try. Although Starbucks and Tim Hortons (husband doesn’t like TH) are always safe options, no harm on trying something new and different.

As the name suggest I was expecting variety of waffles to choose from. Well, not really. They only have two options and I just went for the staff’s recommendation. I just paid extra for whip cream and dark chocolate for toppings.

I had a bite and it’s ok. Maybe next time I’ll only have the whip cream. 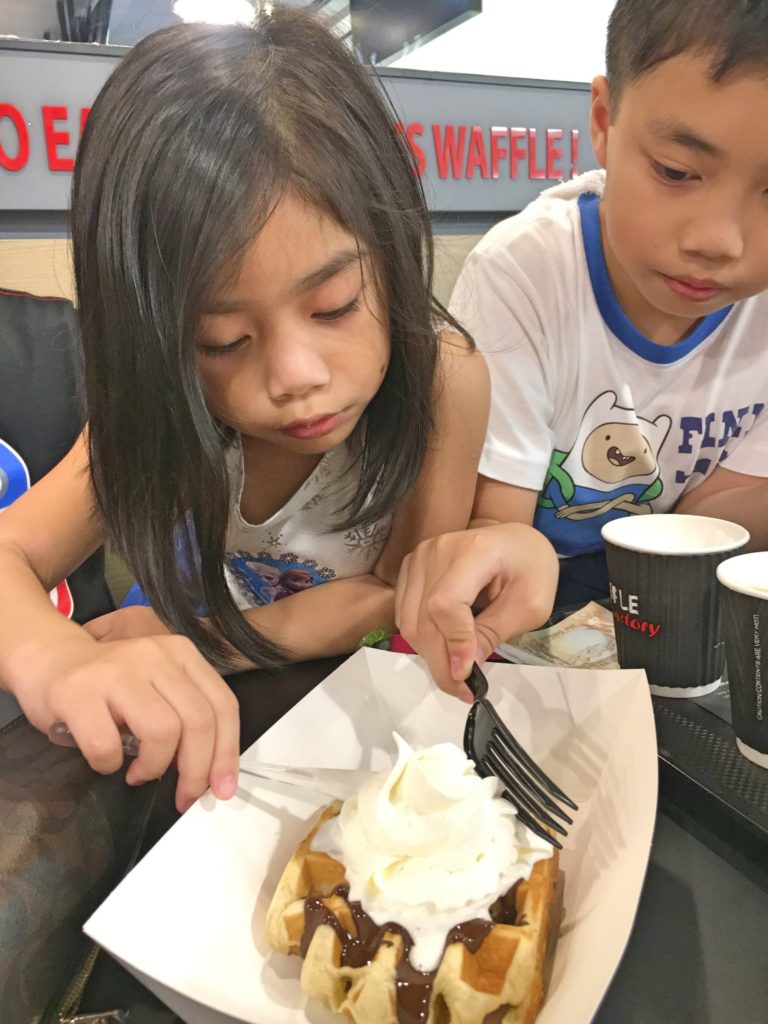 Kids wanted ice cream and I almost lost my patience while ordering it.
I just wanted two scoops of ice cream. How difficult can that be, right? But the order taking took more than 5 minutes. They’re so confused that they’re confusing me. Haist… I just tapped in my inner zen and told myself that staff are new and they’re just learning. Inhale. Exhale. Inner peace. 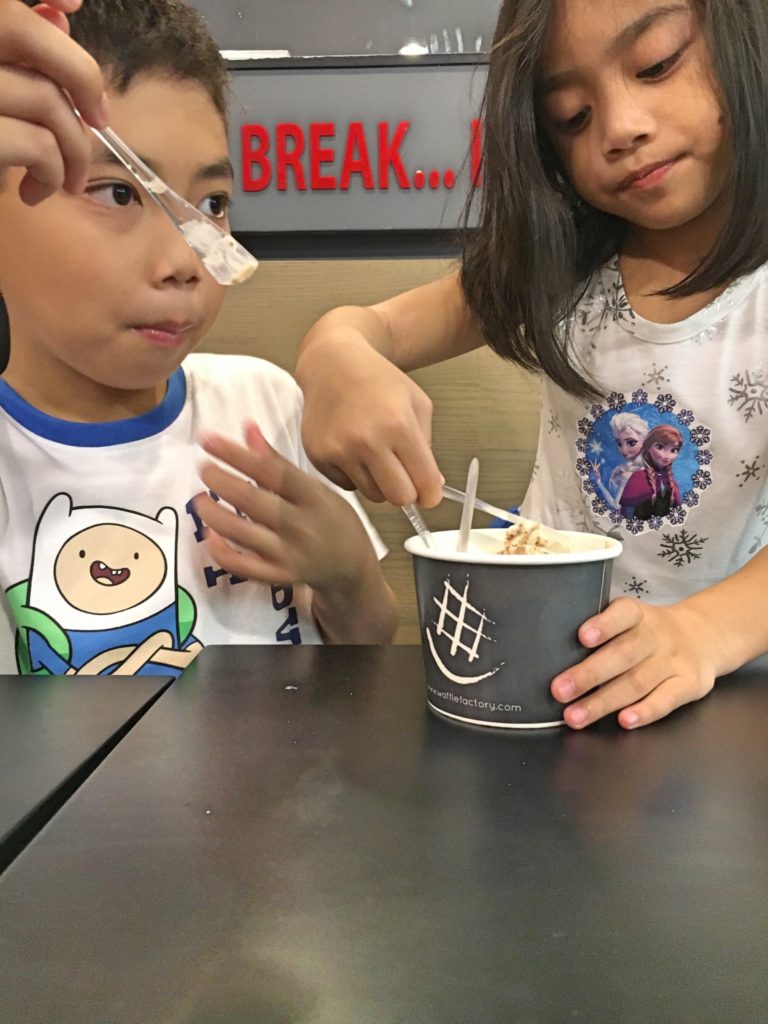 When my cappuccino arrived, it was in small cup. I told the counter that I ordered for large coffee. I was expecting that they’ll take the small cup and replace it with large, right? I’m wrong again.
They gave me another small cup!!!
Now I have two small cappuccino.
I wanted to cry!!! Again, I called my inner zen. I’m glad we’re having the coffee inside the cafe. What if I ordered to-go? I will end up carrying 2 cups of coffee for myself. 😳

Anyways, no bad vibes can’t be cured by shopping. Birthday party is in Oasis Mall and saw this clothing shop called F&F. I’ve never heard or seen this shop before. 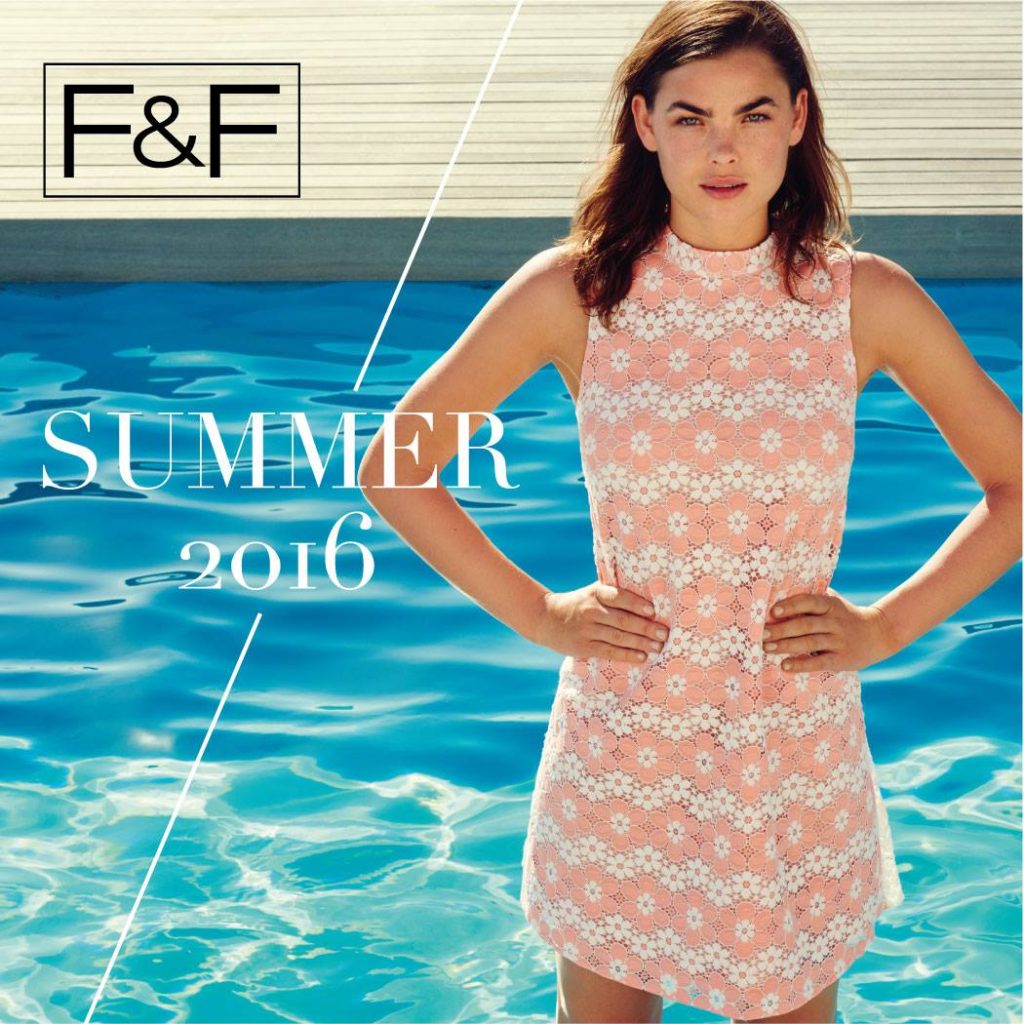 I was in and out of the store in less than 10 minutes and managed to buy few items.
I think it’s really my talent. I know what I want and can decide quickly.
This skill of mine is quite handy when I only have few minutes to shop while husband is looking for school shoes for Cole.

In fairness to me, all things I purchased are for my kids including this pretty jacquard pink dress for Biel

For myself, just this leopard print shoes. 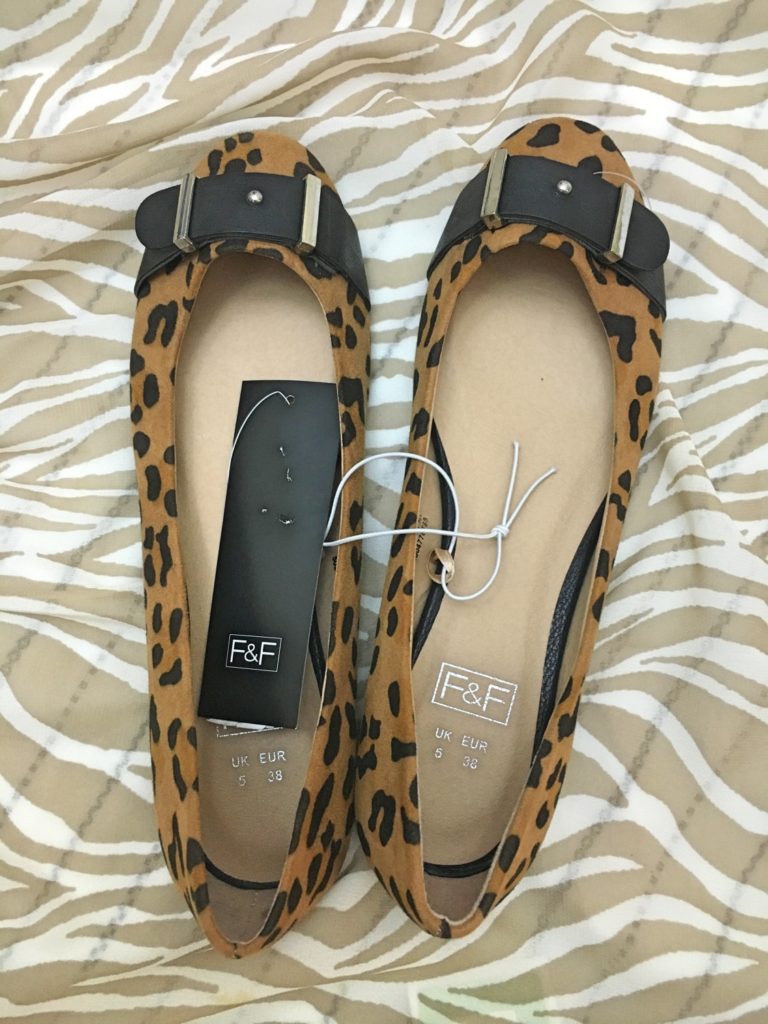 Since we’re talking about ‘fasyon’, I finally received my Kylie lip kit which I bought from Closet Candies. 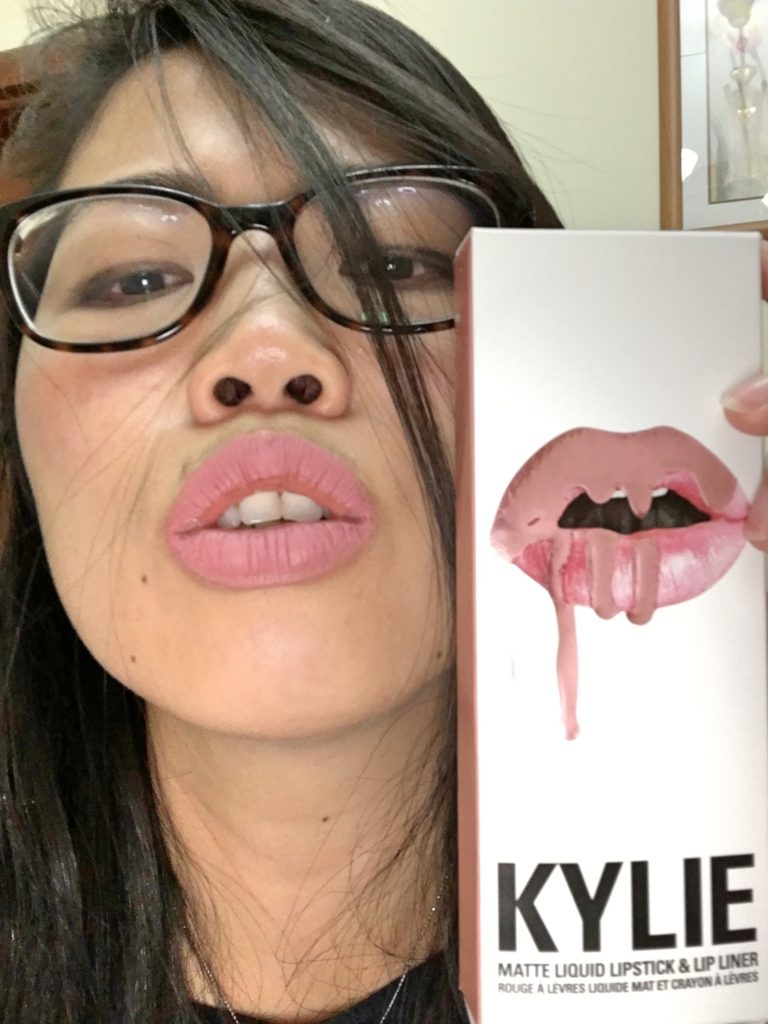 That prompted me to post a selfie on my Facebook page. Same photo just in black and white. I’m not wearing the Kylie lipstick here. Lip gloss lang yan. 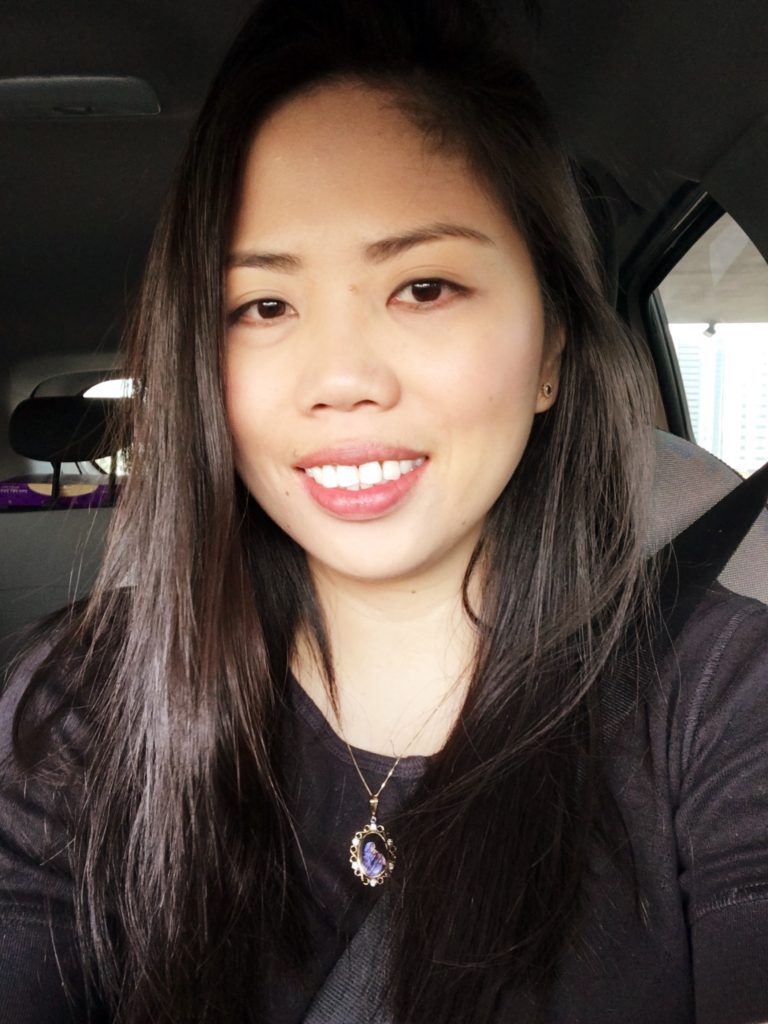 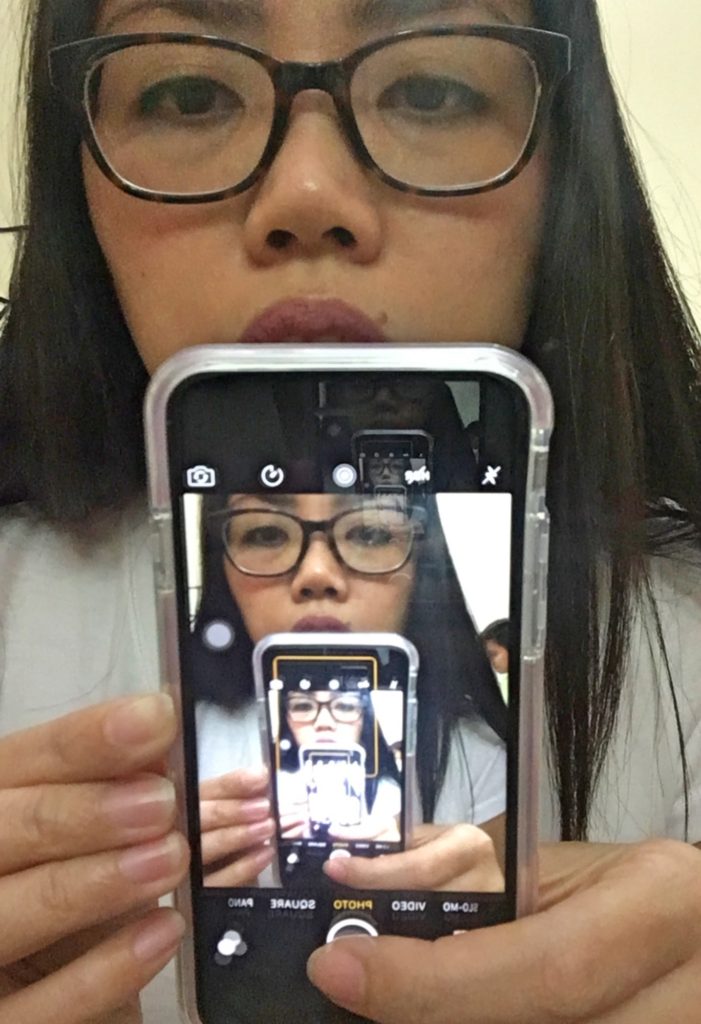 Ending this post with food as usual. A birthday cup cake of Tanya, the birthday girl! 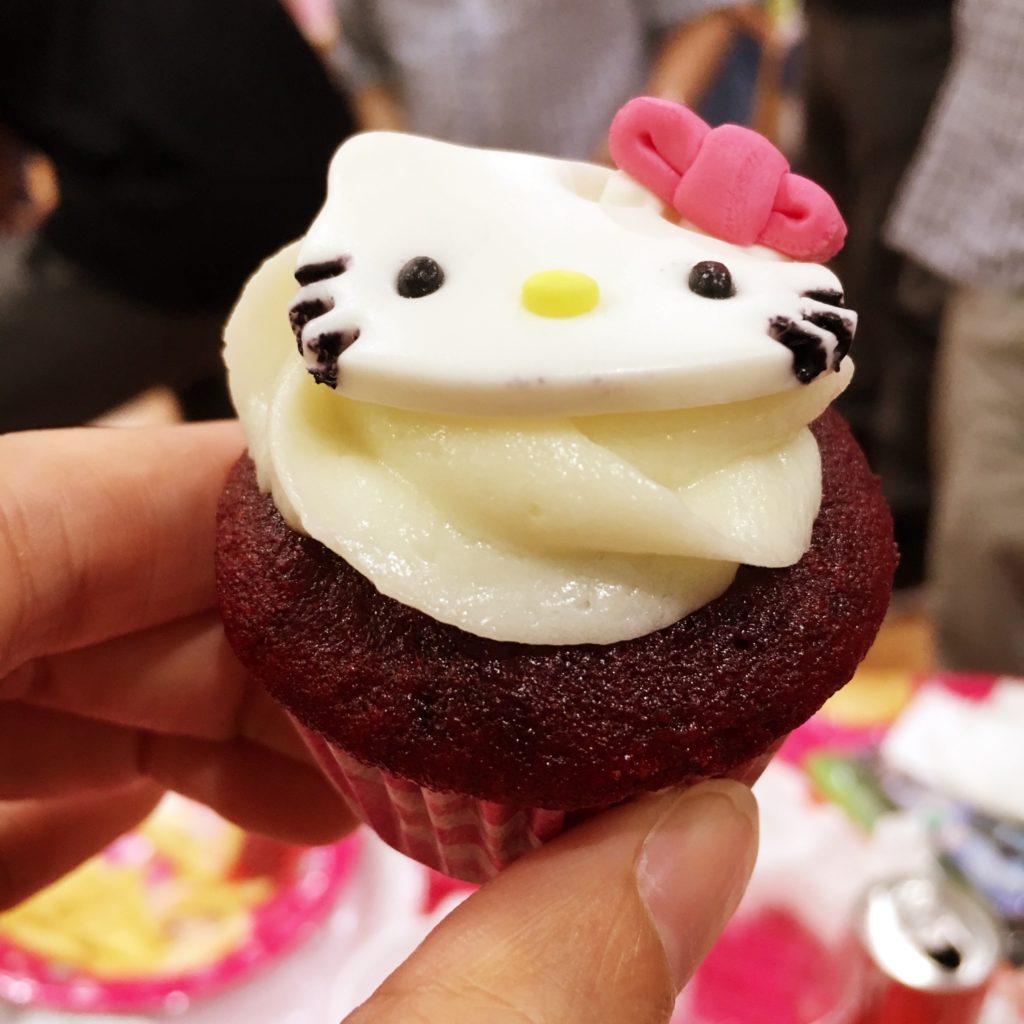 Have a good weekend peeps! 🙂