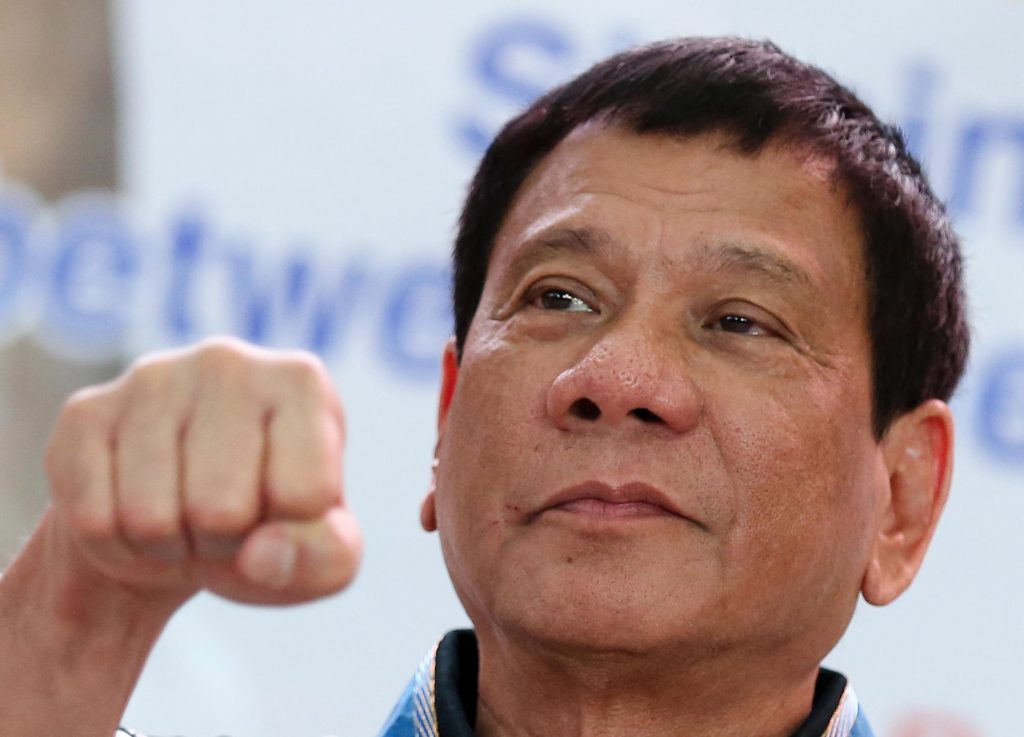 There are Filipinos who are very pro-Duterte and will defend and fight for the President no matter what, even if he says the stupidest thing.

And there are also some Filipinos who are so anti-Duterte that they would put malicious context in all his statements, no matter how innocent the president’s remark is.

And then there are citizens like me who admire him but don’t know what to make of his actions and statements. It’s like falling deeply in love with a man and truly believe that he is ‘The One’ but then he will repeatedly say or do foolish things and then wonder why did I fall for this guy in the first place. It’s a love-hate relationship.

The pro-D will say he is direct, frank and honest.
The anti-D think he is vulgar, callous and insensitive.
The middle guys (that’s us) see him as all of the above.

Being in the middle of the spectrum, I have various thoughts about him:

I just love that some barangays start to implement the karaoke and minor curfews past 10pm, that parents will be put in jail if their children continuously get caught loitering after curfew hours, and that they will implement the liquor ban on public places.

I can’t wait for all the drug pushers to be put behind bars (or get death penalty for ruining lives).

I am very amused when he told the Catholic church leaders to shut-up and mind their own business.  It’s about time someone tells our priests to just focus on God’s teaching and think of ways on how our people can have better relationship with Him.
I’m glad that he is different from the traditional politicians whose statements are so rehearsed and doesn’t walk the talk.

But sometimes I don’t like that he is too different.

I got irked when he said that he won’t give a cabinet position to Leni because it would hurt the feelings of Bong Bong. I would have totally understand if he just said that Leni is incompetent but to say that Marcos is an old family friend and he wouldn’t do anything to upset him is strange. So how many friends does he has? How many politicians, businessmen and generals is he friends with? I hope his buddies are not corrupt because if they are, he shouldn’t take a blind eye to avoid ‘hurting’ their feelings.
As I said on my personal Facebook post, maybe other administrations applied the same principle but they were just too trapo to say it out loud. They know what NOT to say.

I don’t like that he curses more than he should, and his statements are quite callous. If you grew up in a family that curse words are just expressions and nothing personal, then I don’t think it is an issue for you. But for someone who tries not to curse as I was raised by parents who has the same values, I feel uneasy. It’s like telling someone to remove their cap when eating. In my family, wearing a cap while dining shows disrespect but maybe not with other families. I don’t think it’s a crime but his cursing makes me uncomfortable.

I can hear some people now “Regret is coming!”

But again, being in the middle, I can see some issues are just being sensationalized. Like cat-calling the lady reporter or justifying the journalists’ killings. You can put different interpretations on what he says depending on how you want to see it.

I just wonder, during one of these press cons, he mentioned about government procedures (SSS, GSIS and the likes) will only require few signatures and completed within a month. No one talks about this.

Reporters focused on what is sensational. And some netizens just feed on that. Reacts without verifying the facts.

I truly want our president to succeed. I want him to stay healthy, to give sensible decisions, and be able to represent the Filipinos truly well. I hope our citizens will feel safe living in their own country.

I wish Filipinos will only leave the country because they want to and not because they need to survive. I hope OFWs will not be forced to leave their families behind just to put food on the table. Let’s pray for our incoming president and wish him all the best.

At the end of the day, his success is our success and whether we like it or not, his failure will do us no good as a nation.