We reached Venice on  Sunday morning after taking a night train from Vienna. We took Trenitalia’a Frecciargento 4-berth couchette so the four of us could sleep together. Click here if you want to know more of our Vienna trip. I was quite concerned that my kids will not have enough sleep so I brought small pillows as their ‘security object’. I think it helped as they were sound asleep and only woke up an hour before our arrival in Venice. I should have brought one for myself, too. I only slept for around 3 hours out of the 12-hour journey. Hello eyebags!

It was foggy when we arrived and it makes a romantic setting for picture taking. Very Twilight. 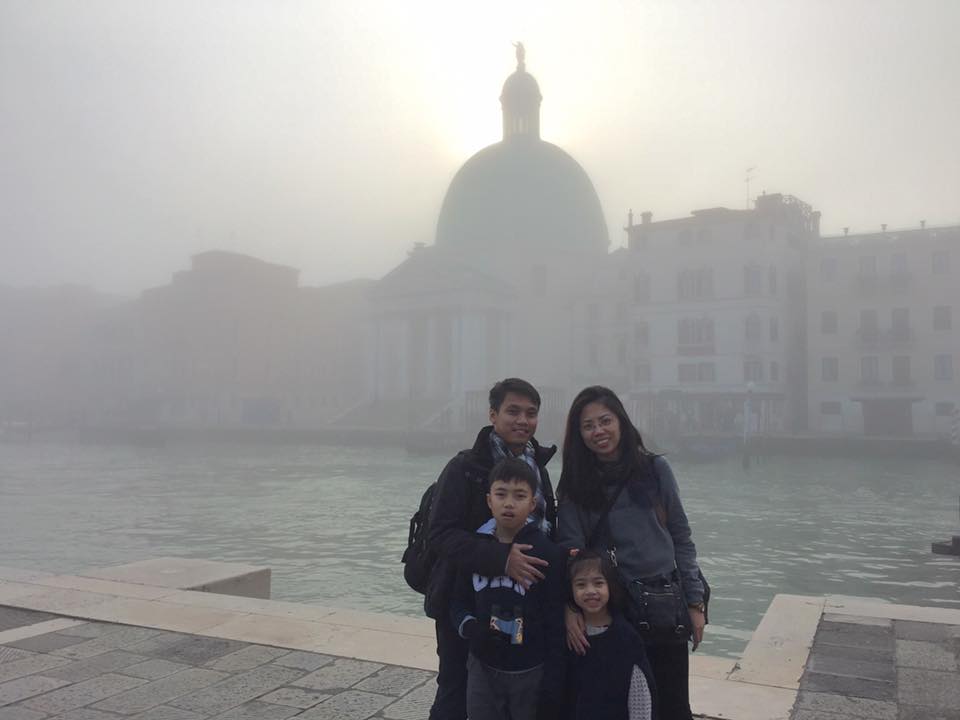 Unfortunately, the trip of the vaporetto we’re supposed to take was delayed because of heavy fog. We were told that we can take the Ca’ D’Oro stop to get to Giardini. And off we go to Ca’ D’Oro, oblivious of the ‘torture’ that was waiting for us 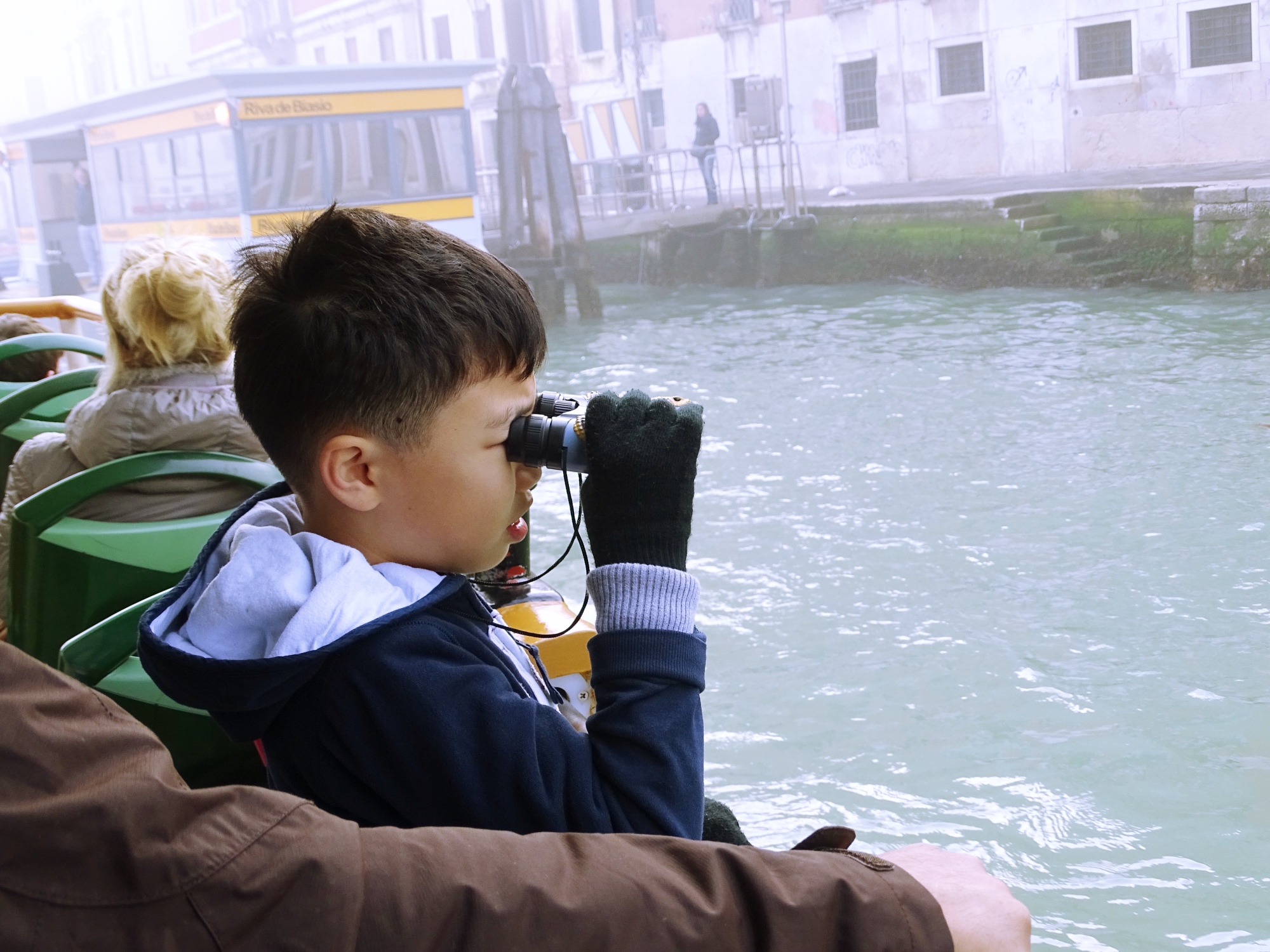 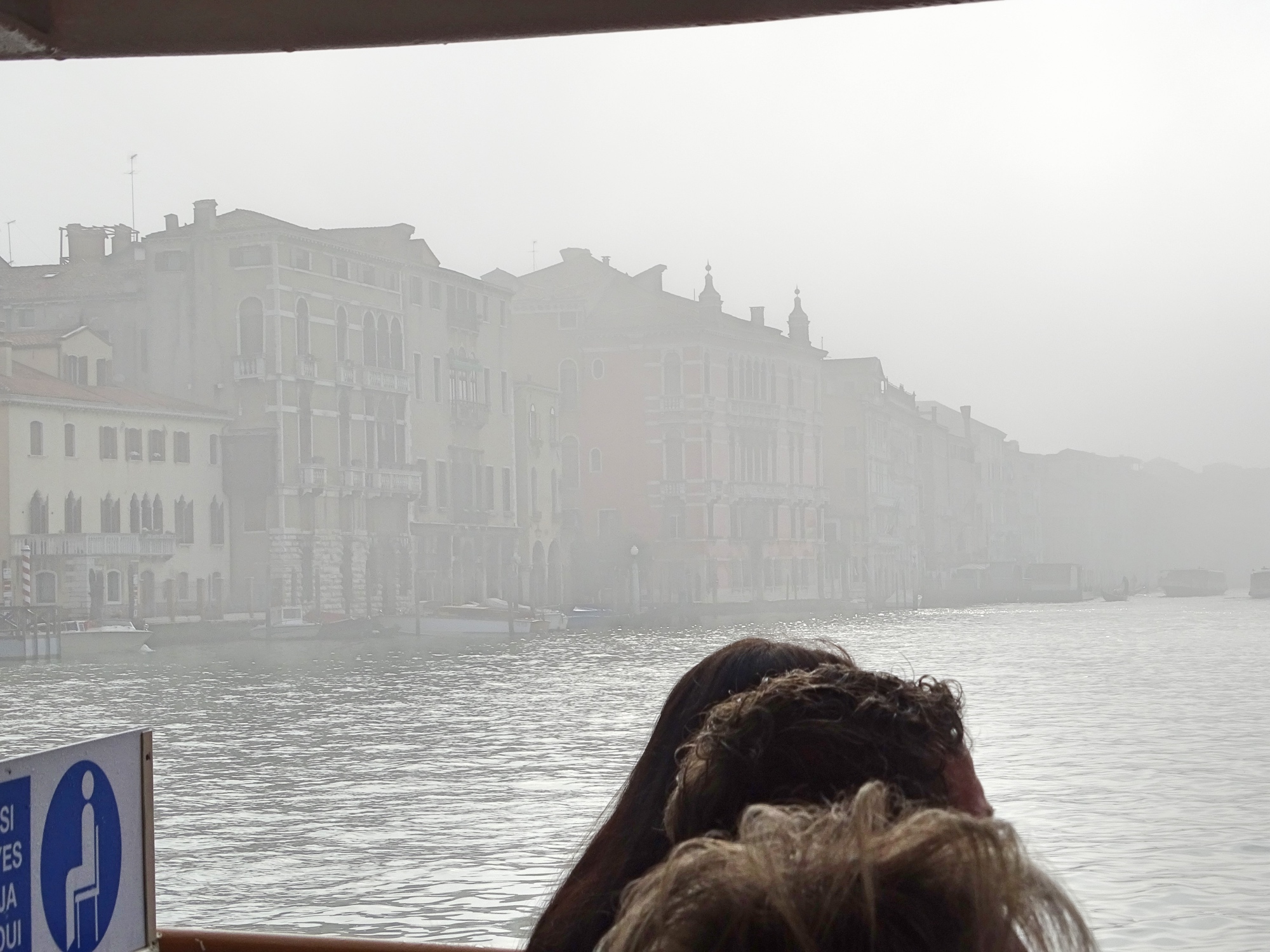 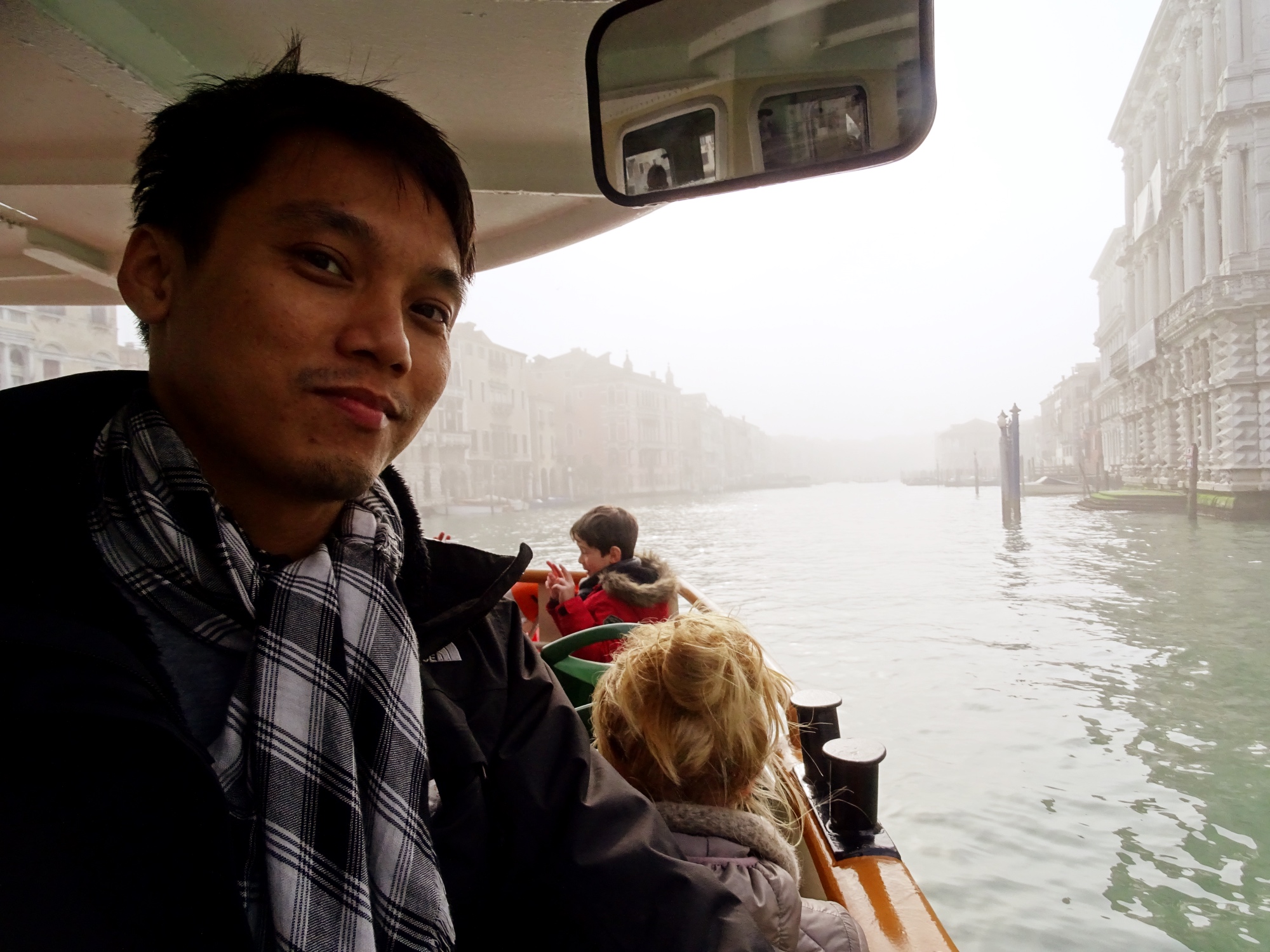 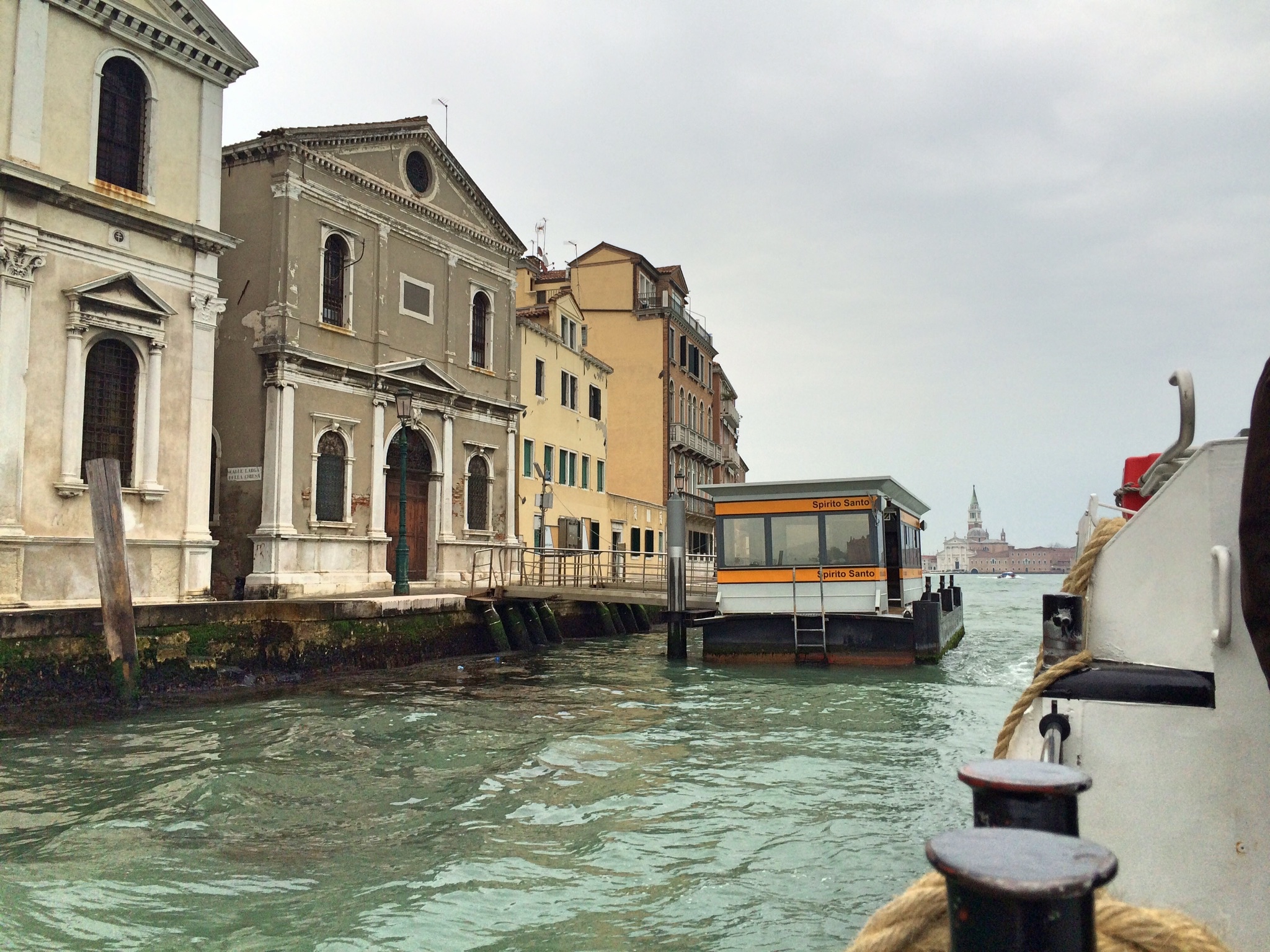 Upon reaching Ca’ D’Oro, it’s now time to take out my best friend map. As usual, it’s me and my co-navigator, Gerald figuring out how to reach our destination. 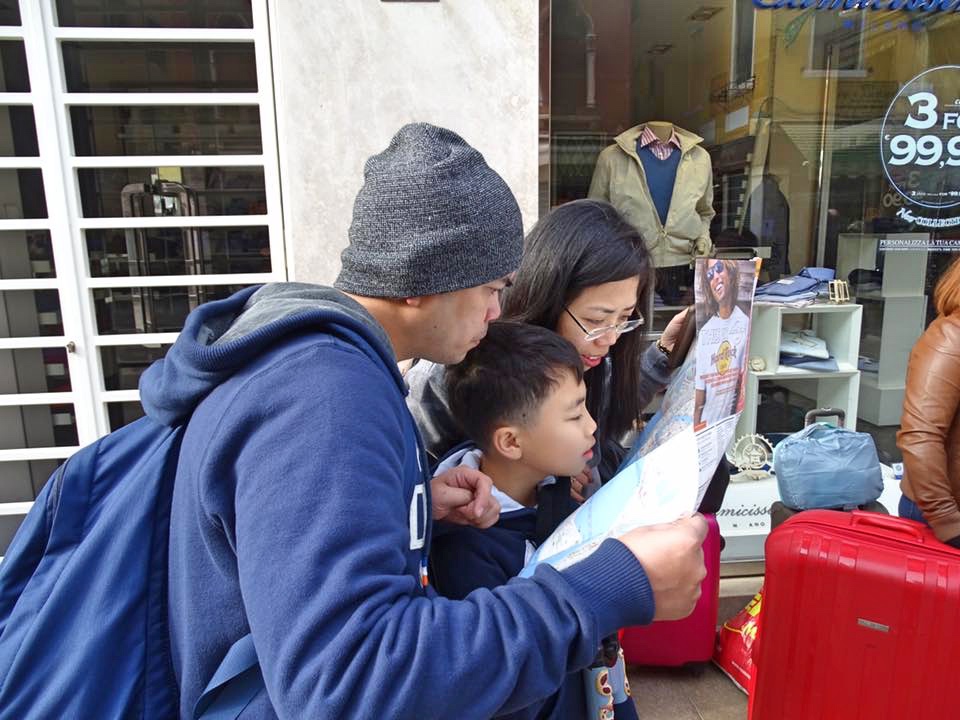 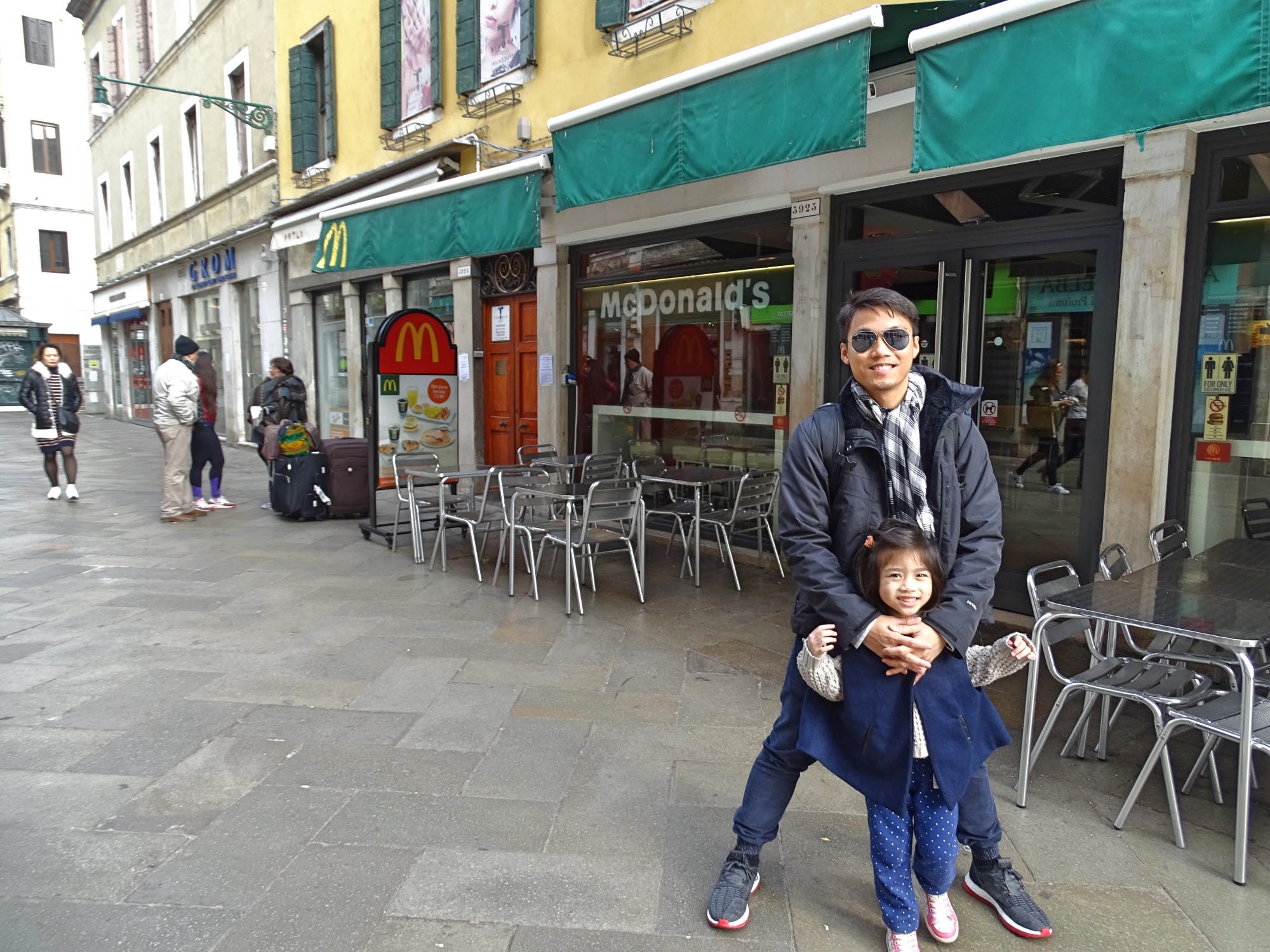 As an afterthought, we should have waited for the fog to clear up than going to a different vaporetto stop which was very far from our apartment. First few minutes were still enjoyable because of the view. 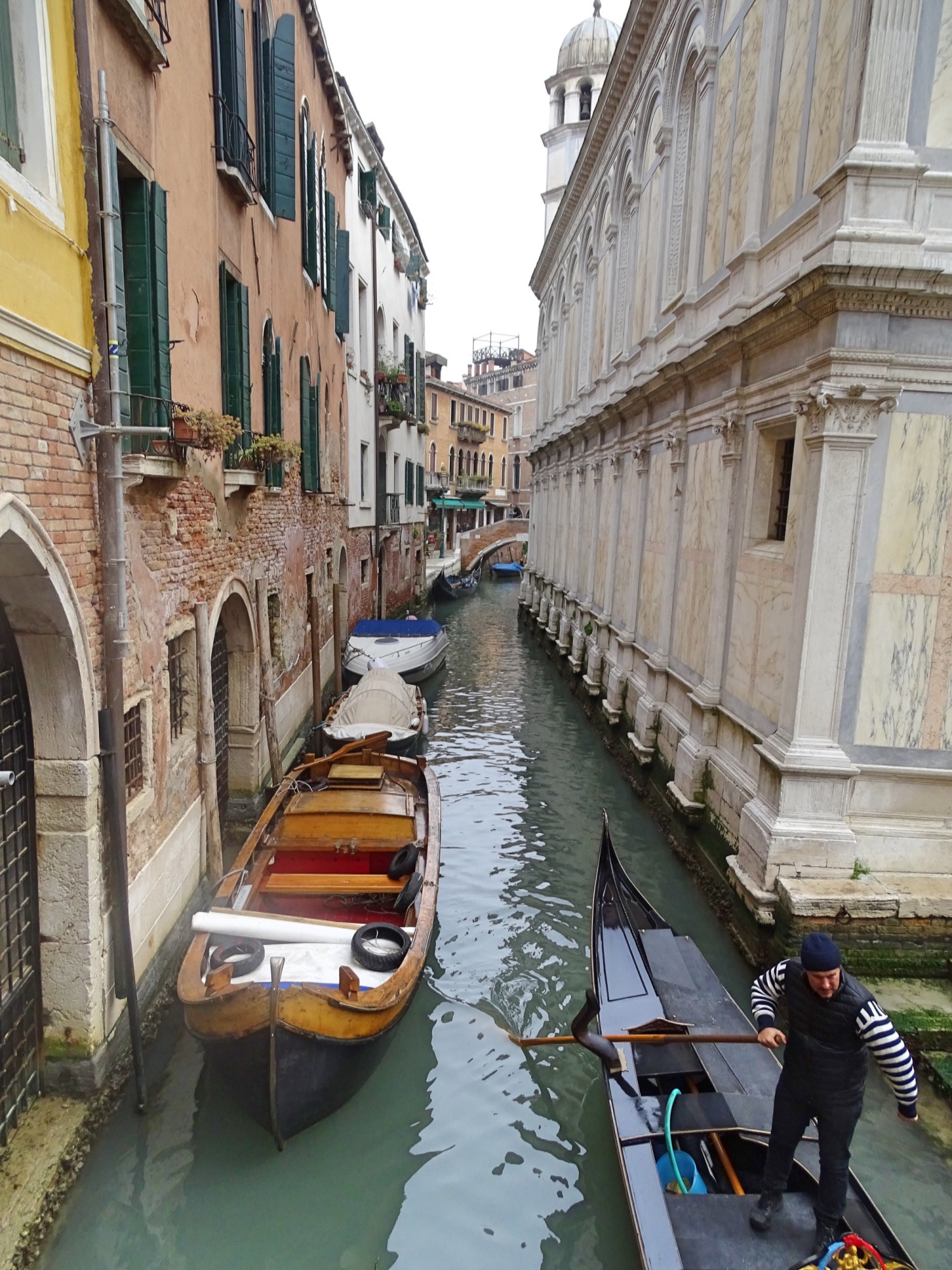 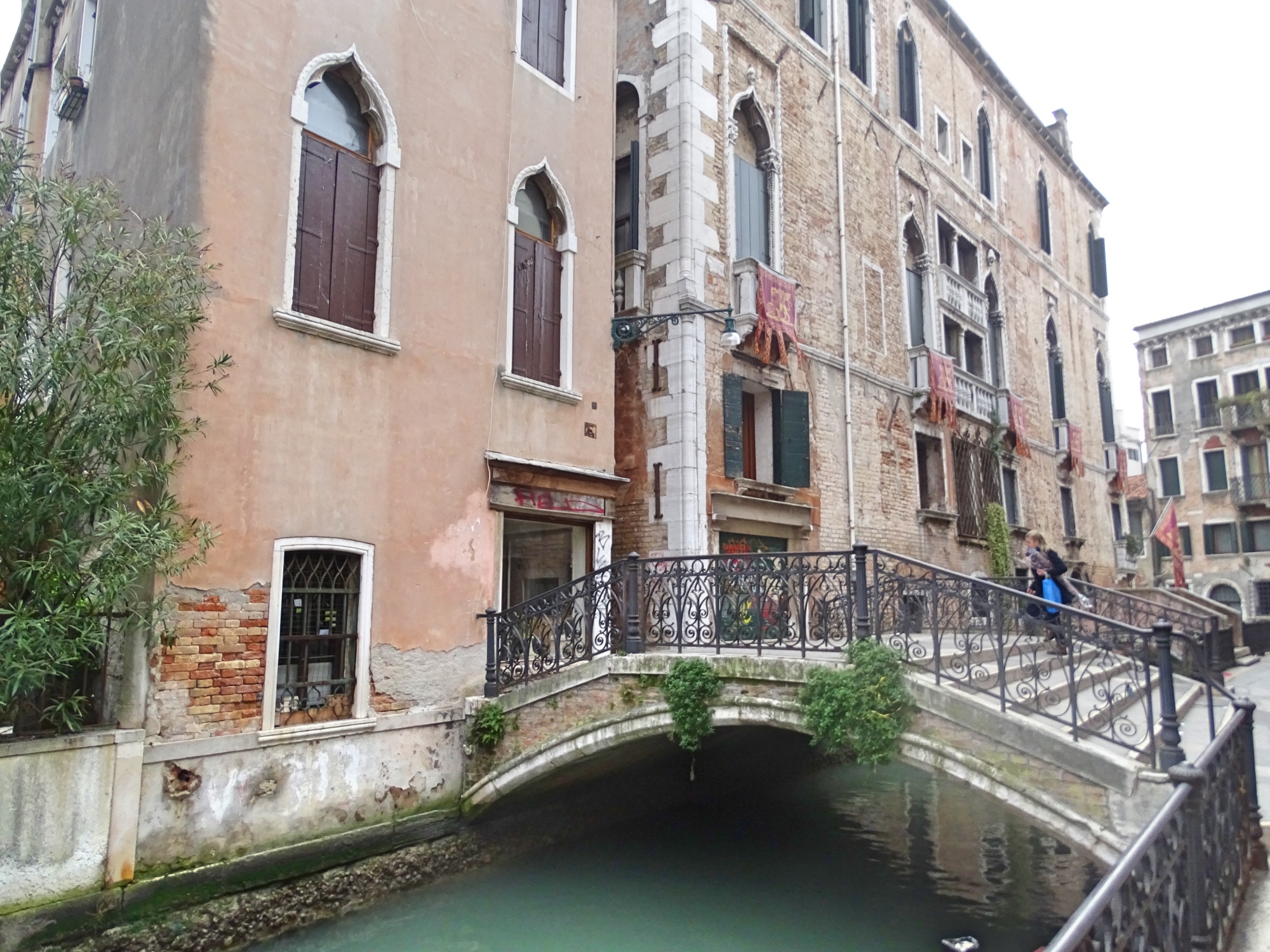 We call her the bird slayer. 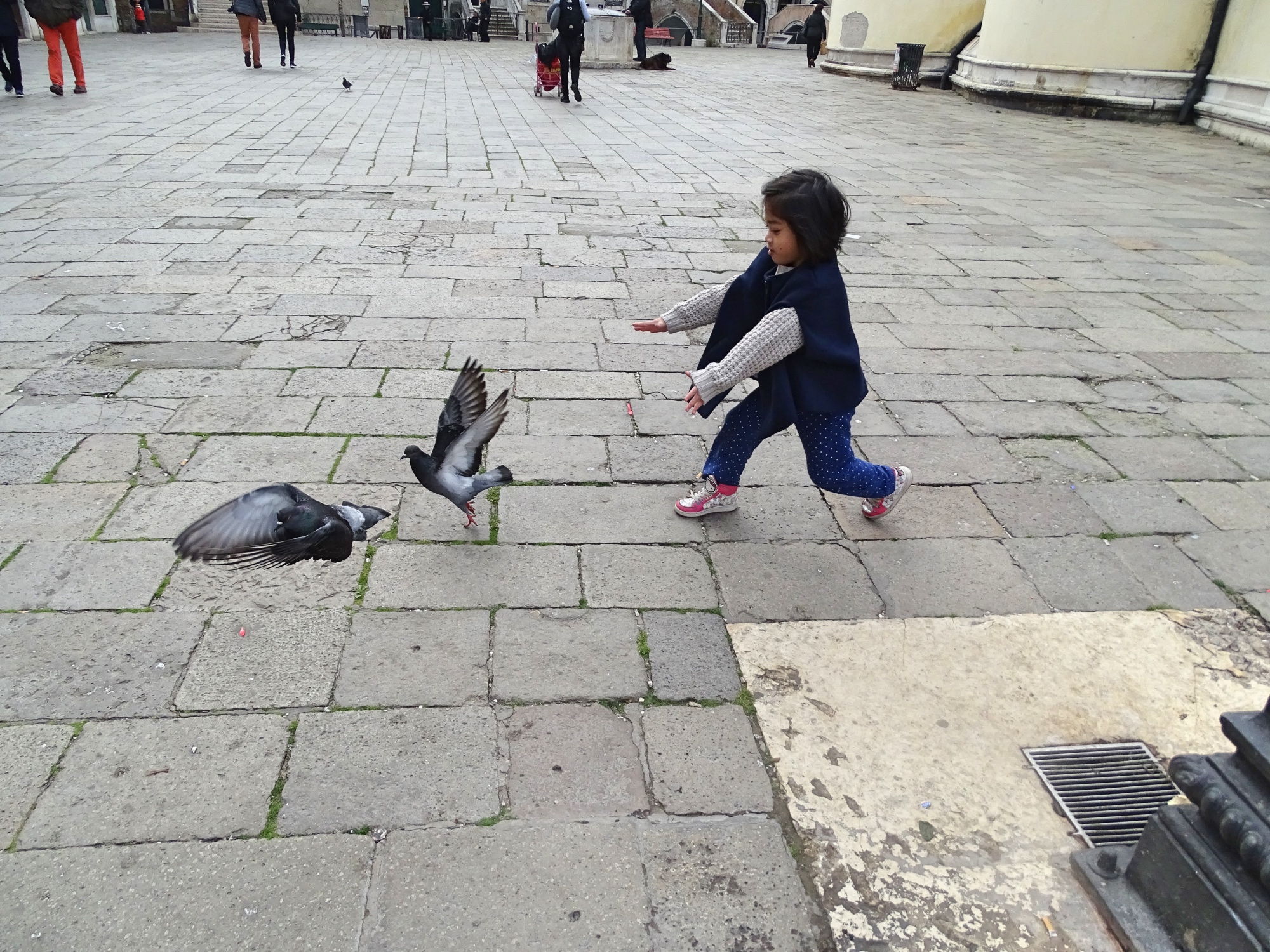 We would even stop from time to time for photo op 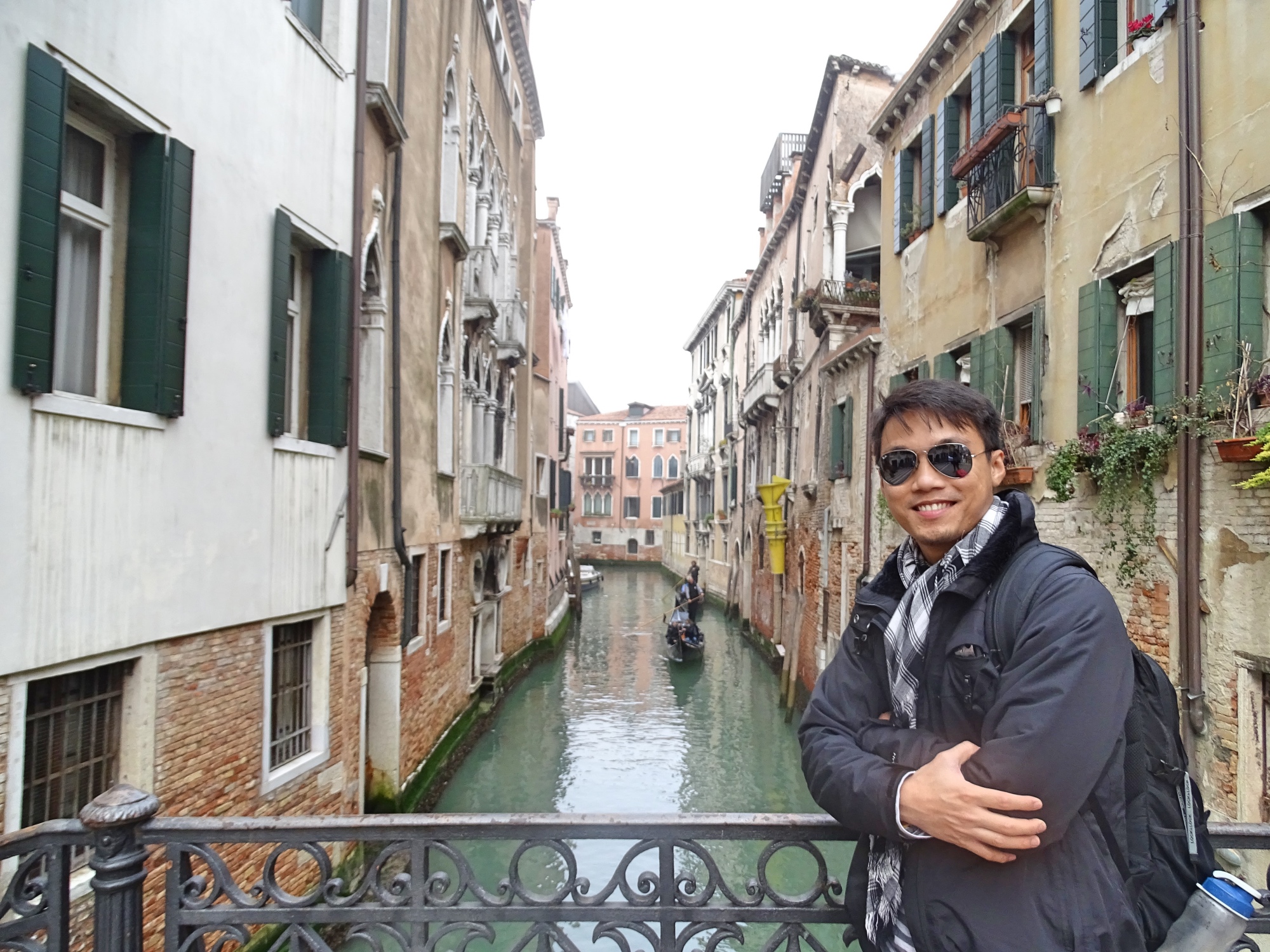 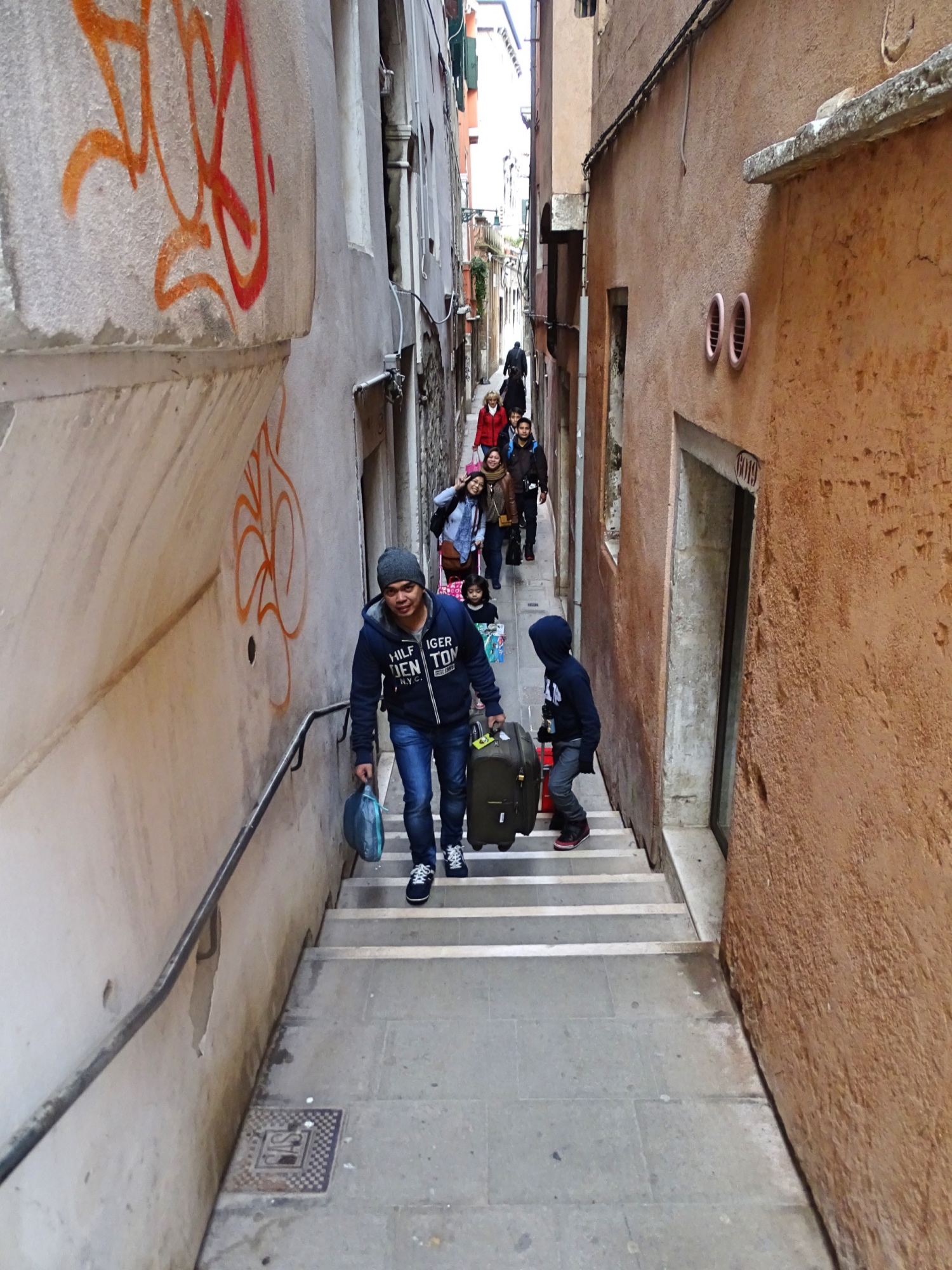 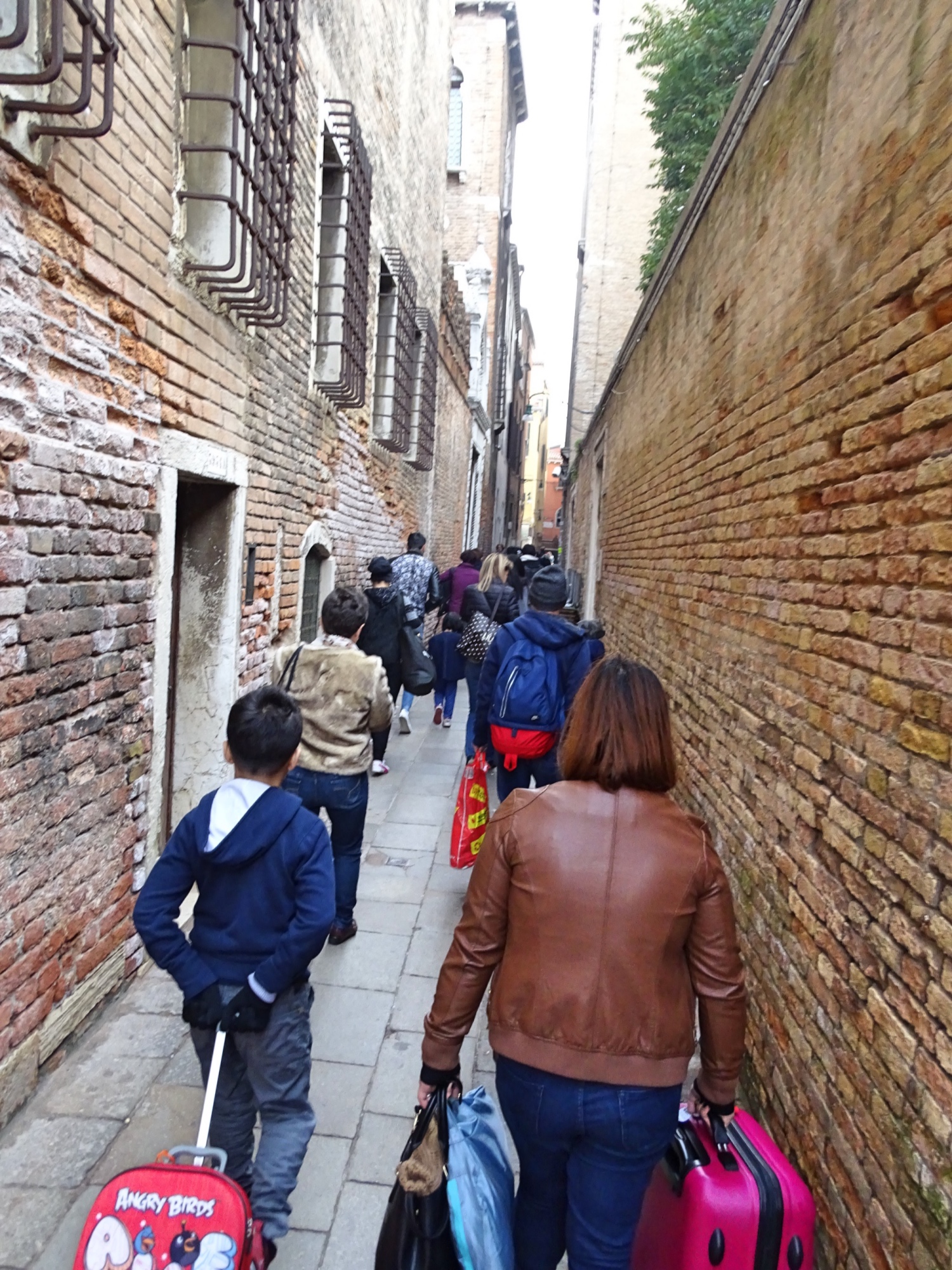 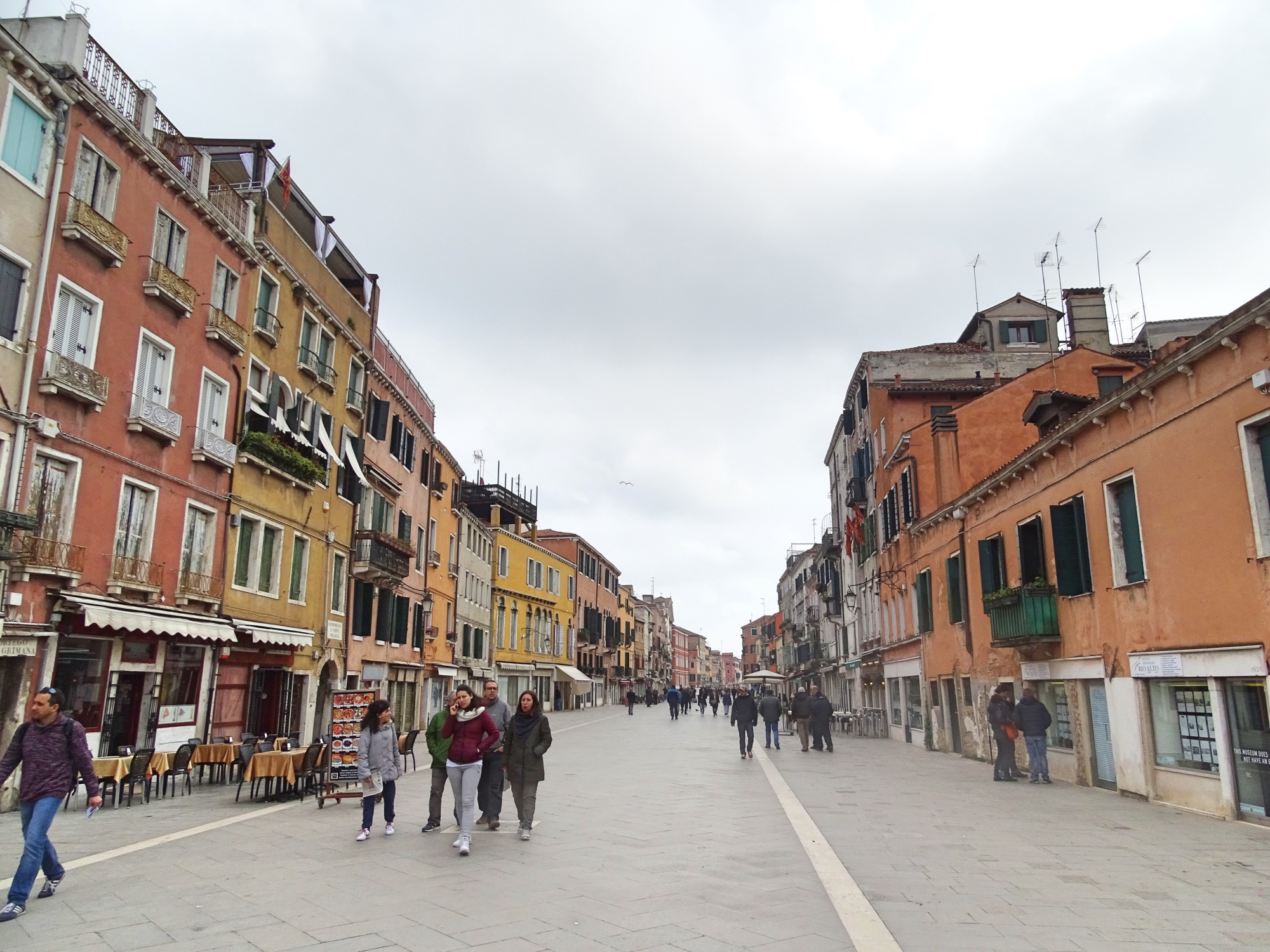 After two hours of walking, going up and down the stairs, crossing canals and lifting heavy luggage, this photo of Gibson’s completely summarizes our first impression of Venice. 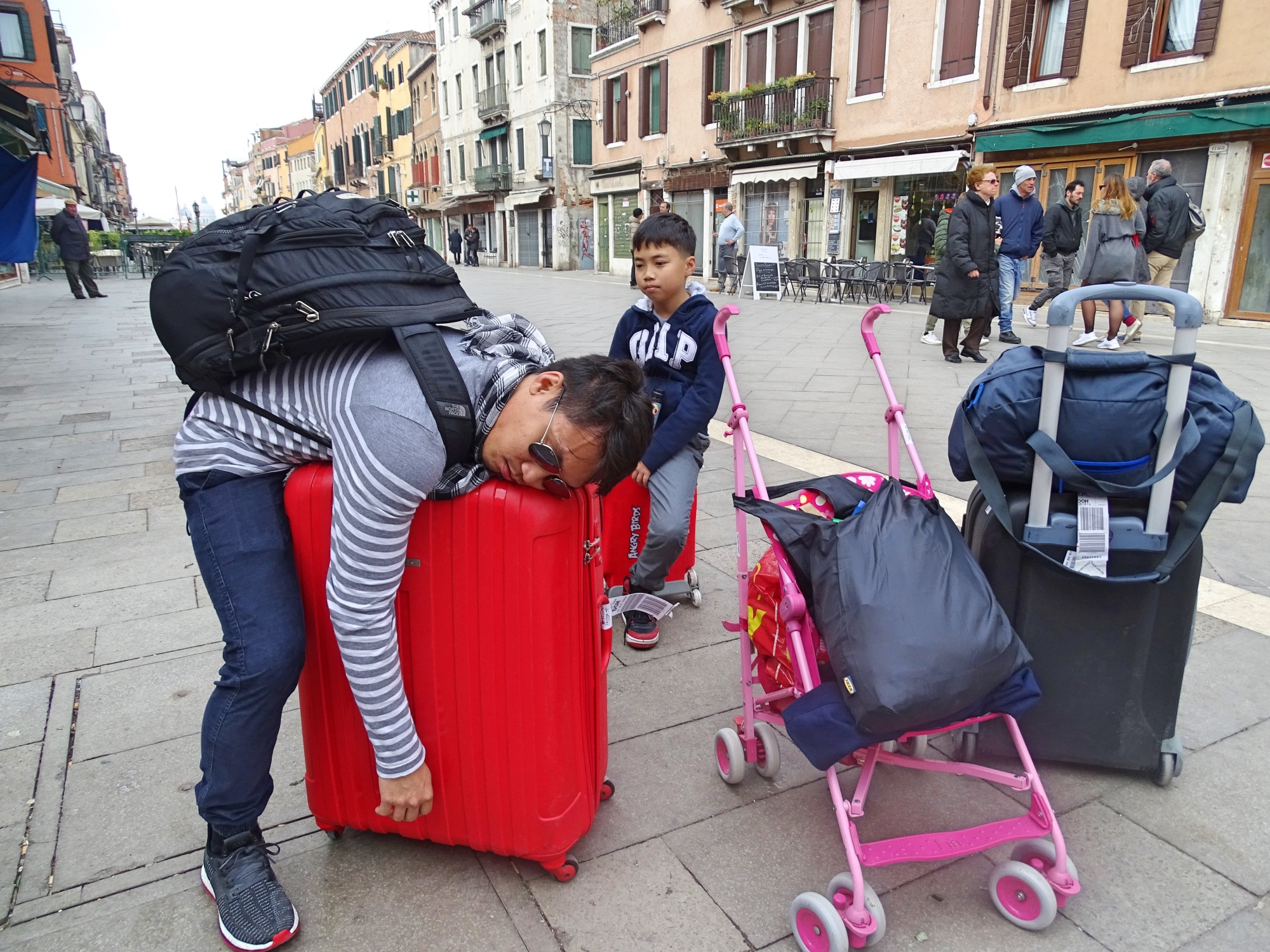 The lady in-charge of our accommodation came and met with us. I was not impressed with our apartment. The worst part: the heater was not working! Taking a shower in almost 4-8 degrees temperature was not a good idea.

After taking a breather, we ventured out to see what Venice has to offer 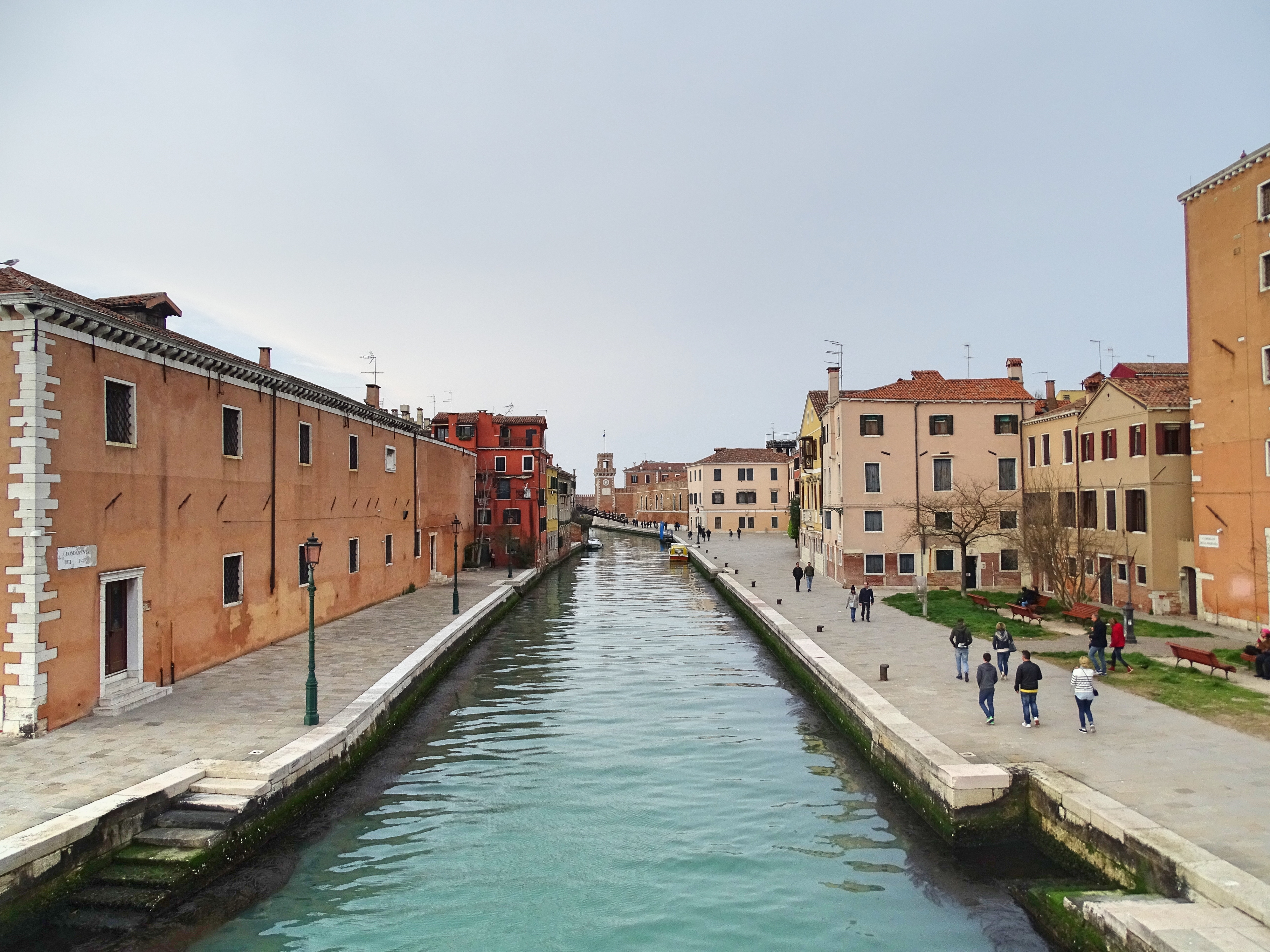 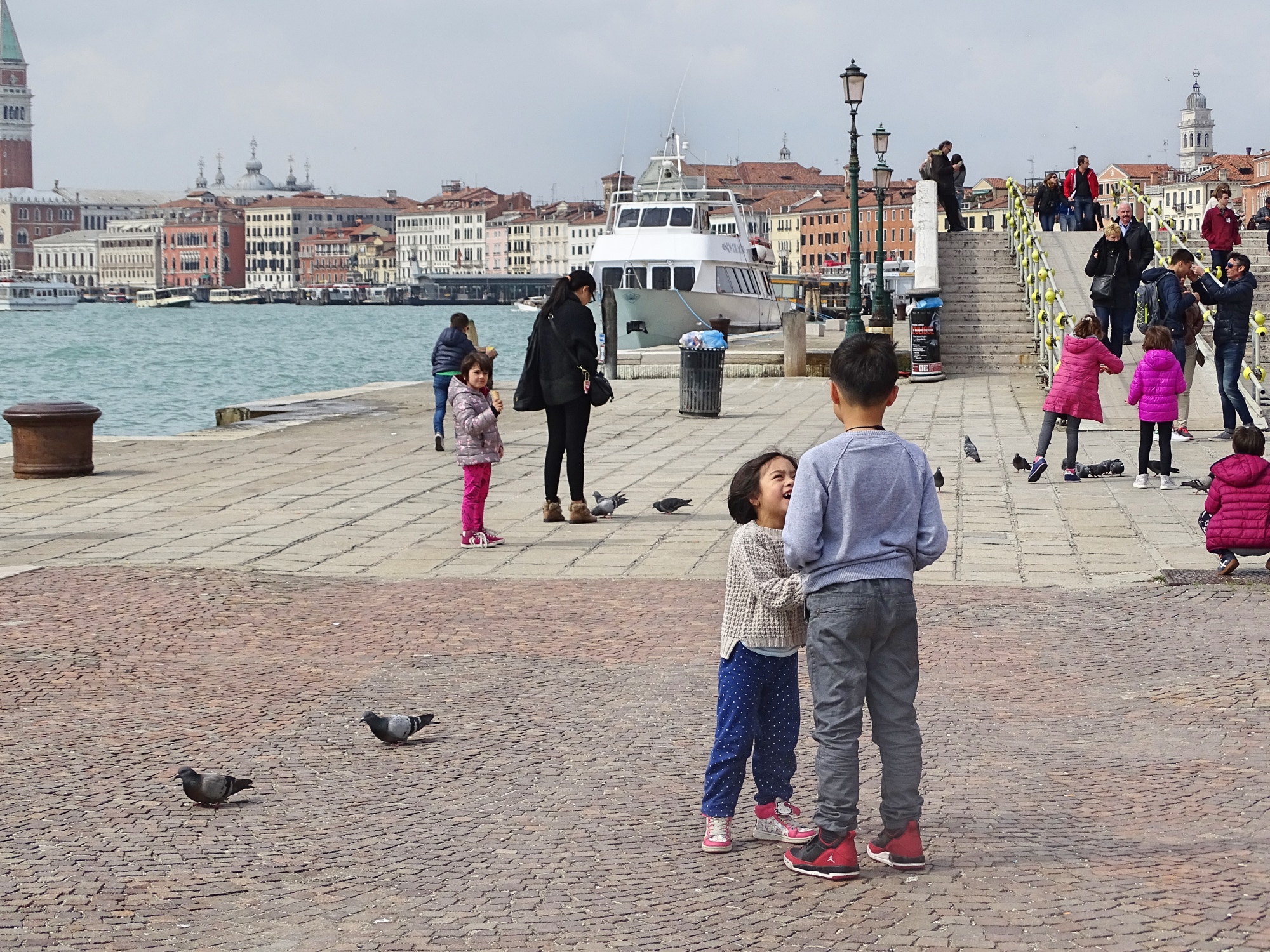 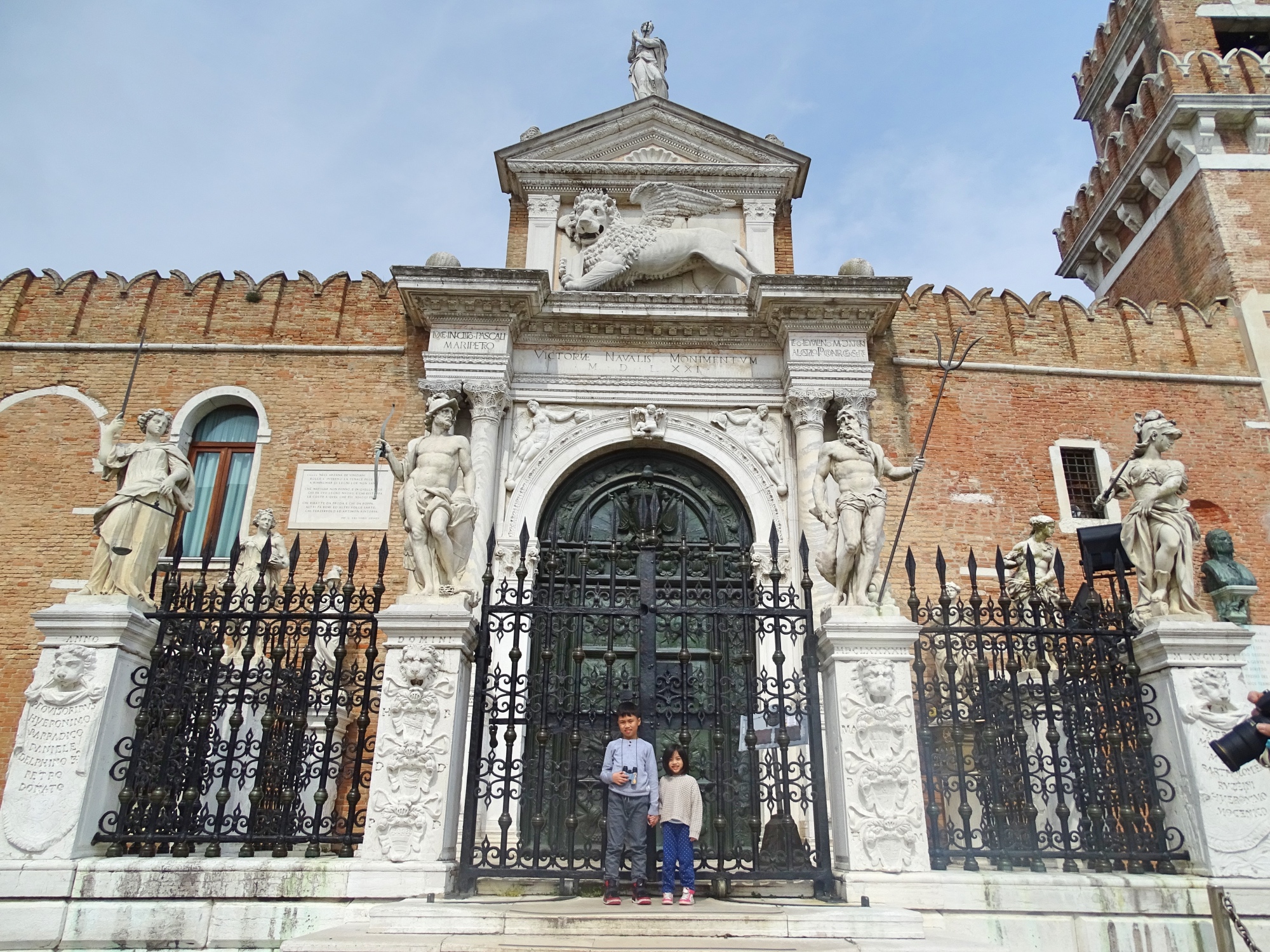 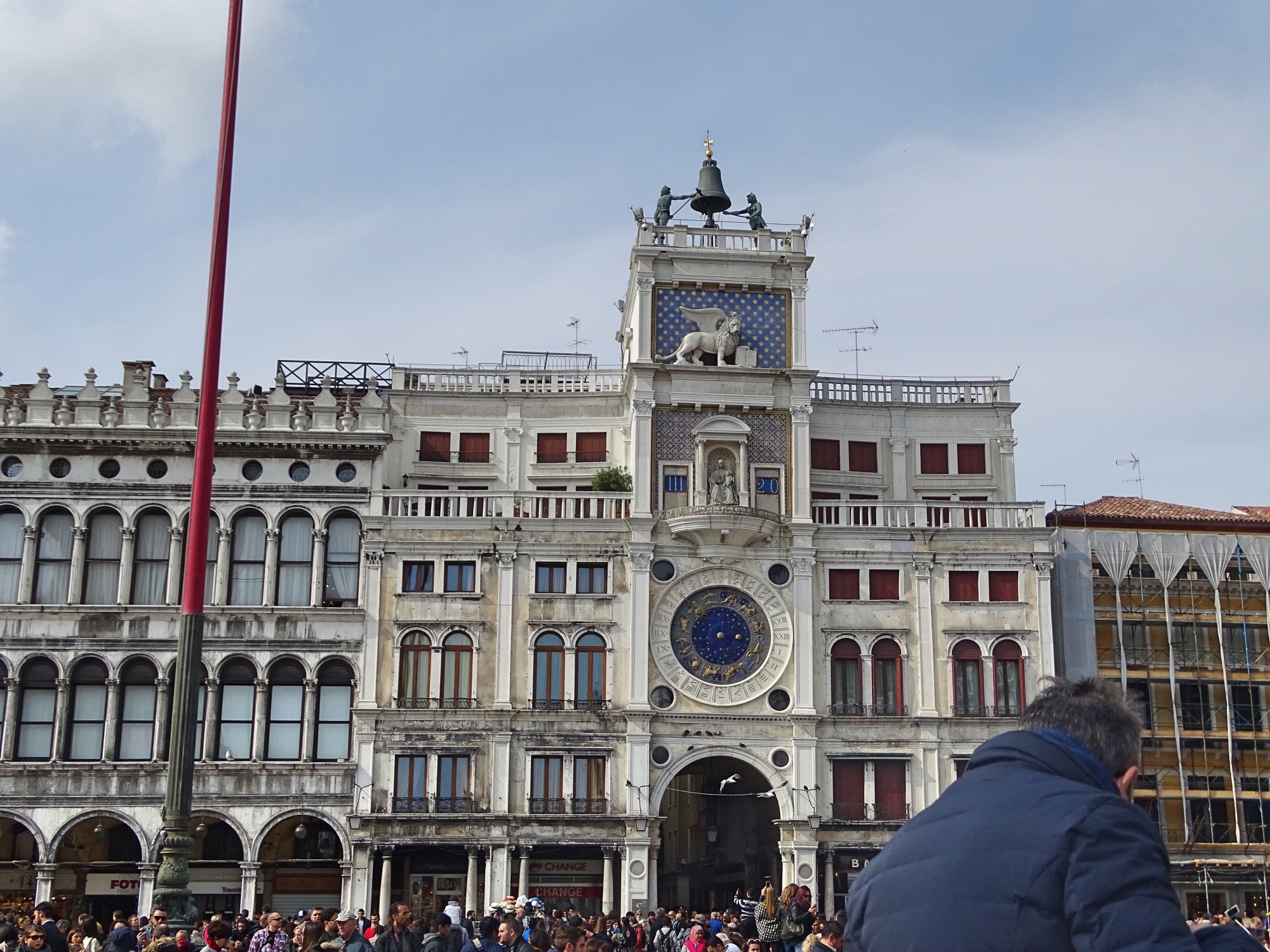 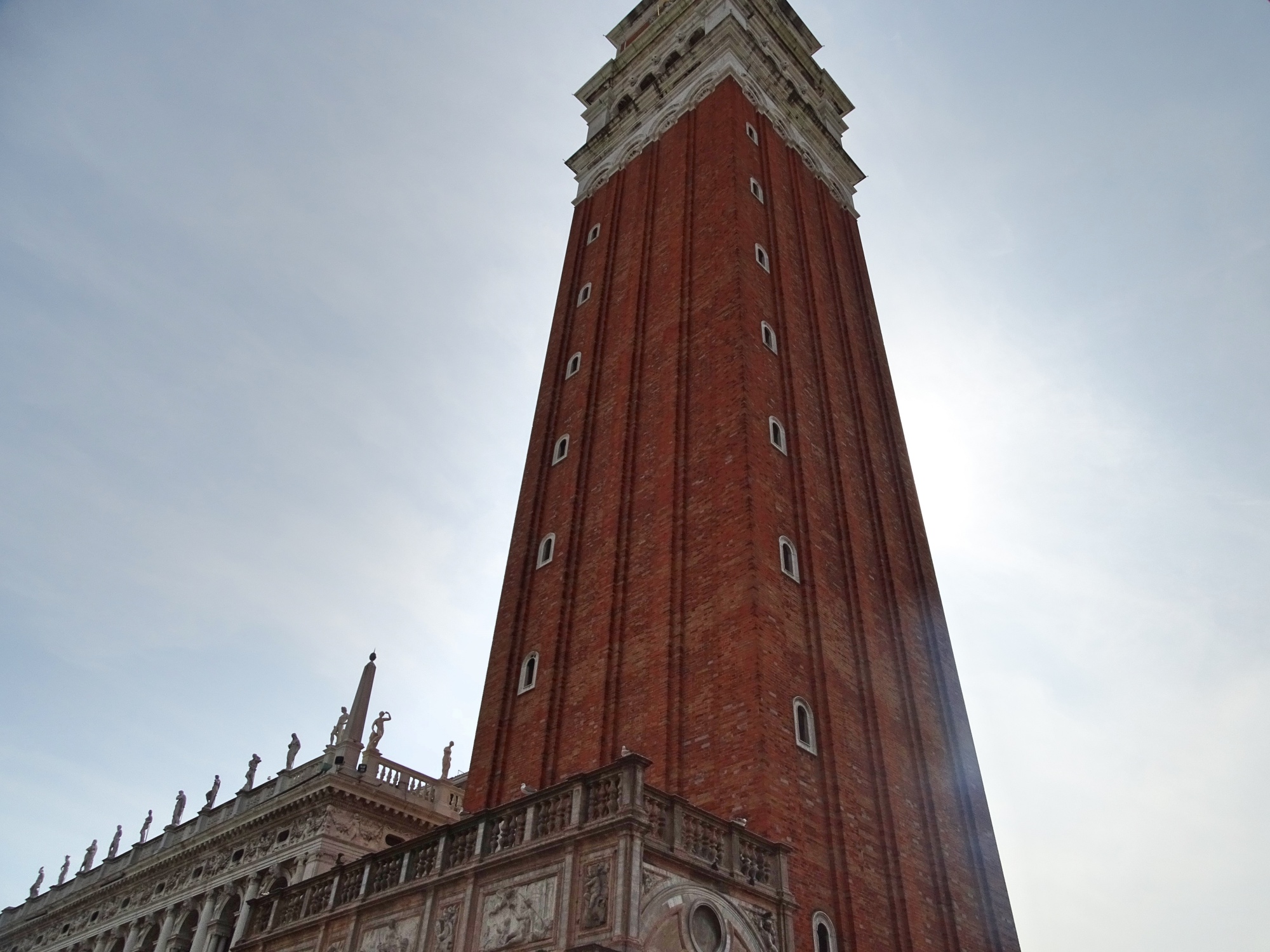 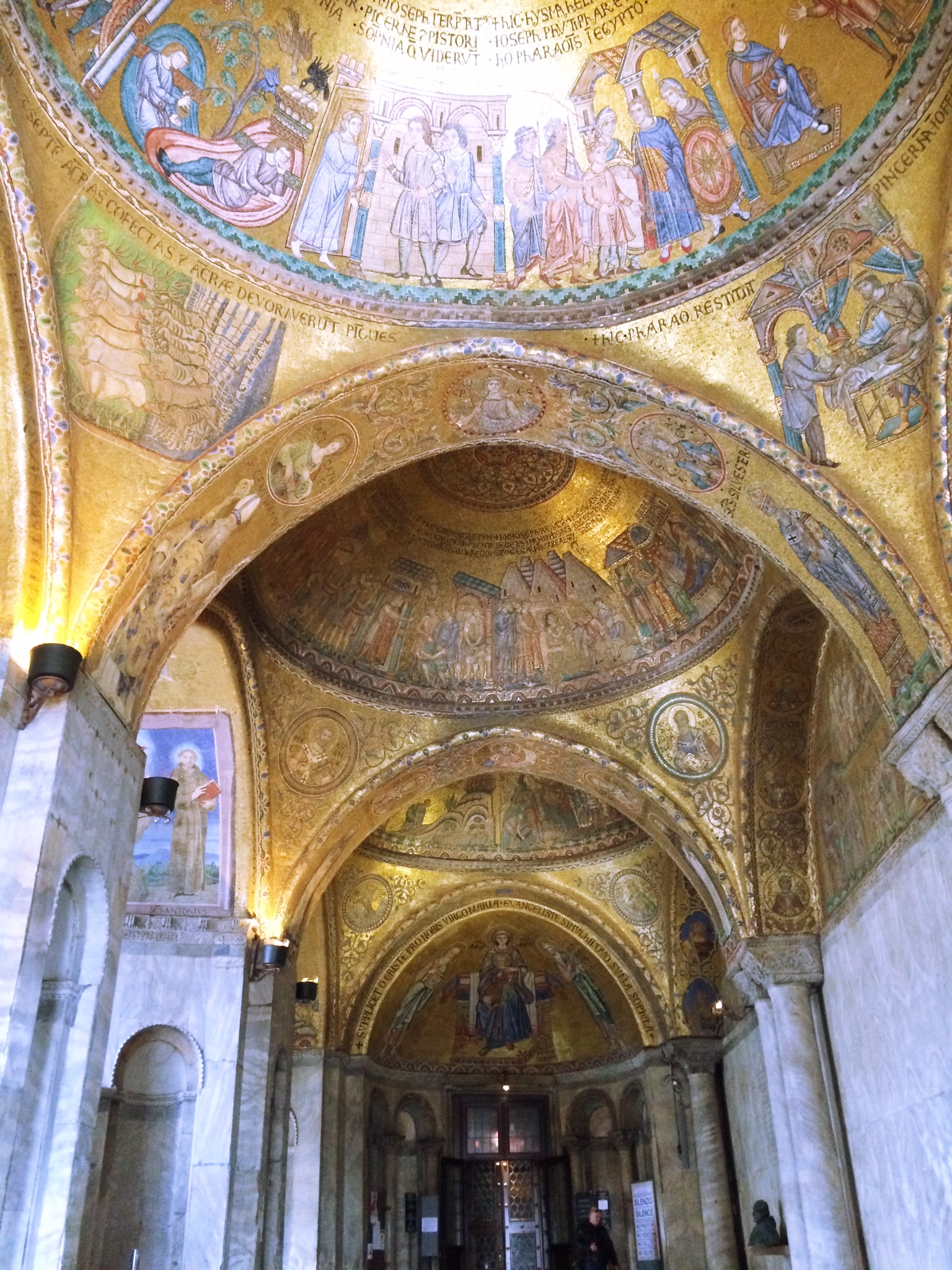 We stumbled upon a small pizza shop in Venice and which in my opinion has the best pizza ever. I know it’s useless to even tell you this because I can’t remember the name of the eatery nor the location. I think it’s called Pizza e Pizza but not sure. Sorry!
Post note: Hubby used his great detective skill and found the place and it’s called C’e Pizza e Pizza. Here’s their Facebook page

We decided to wrap up early and had an early dinner. Cole seriously only ordered Spaghetti Pomodoro in all restaurants that we’ve dined in Italy. 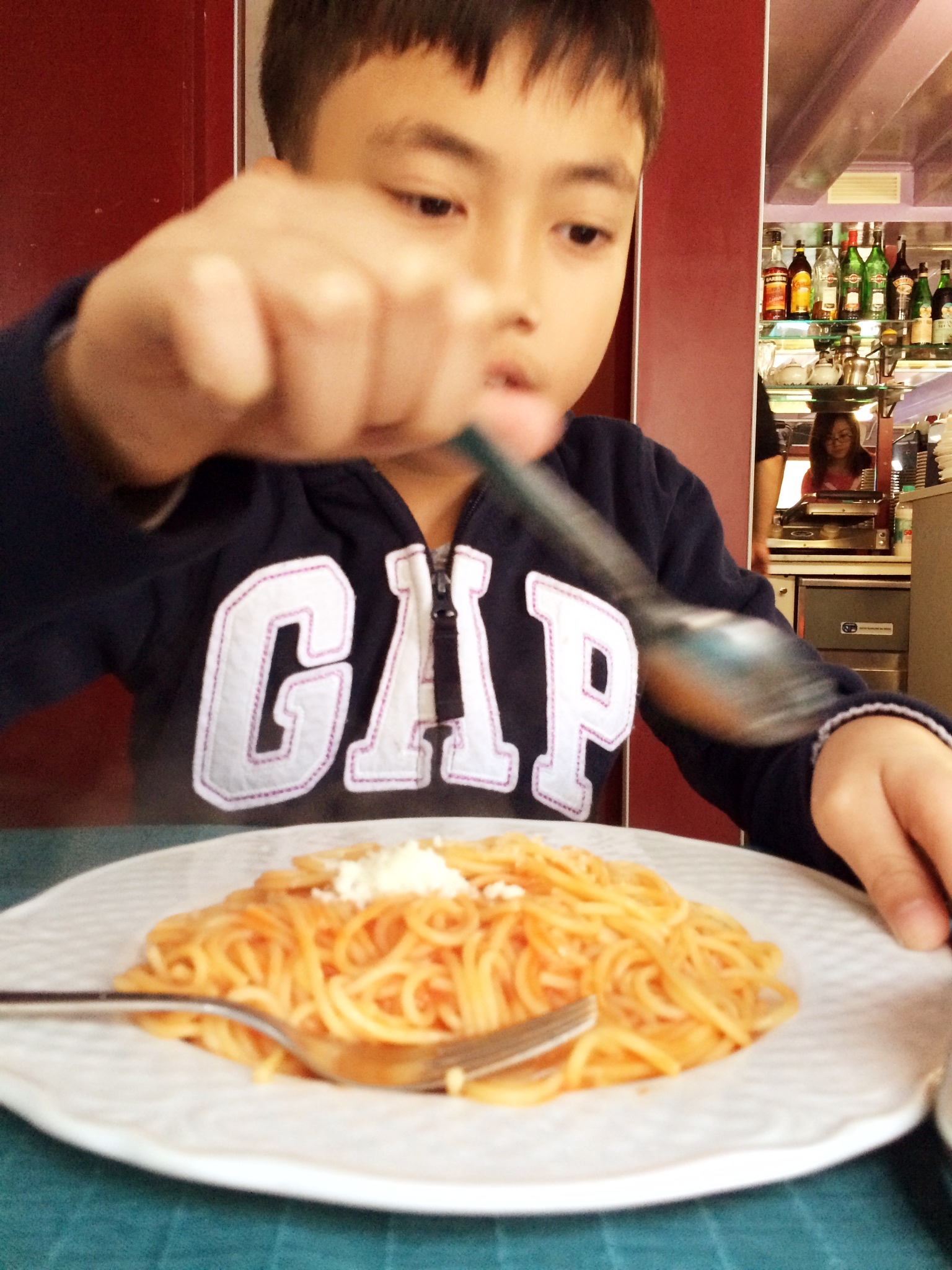 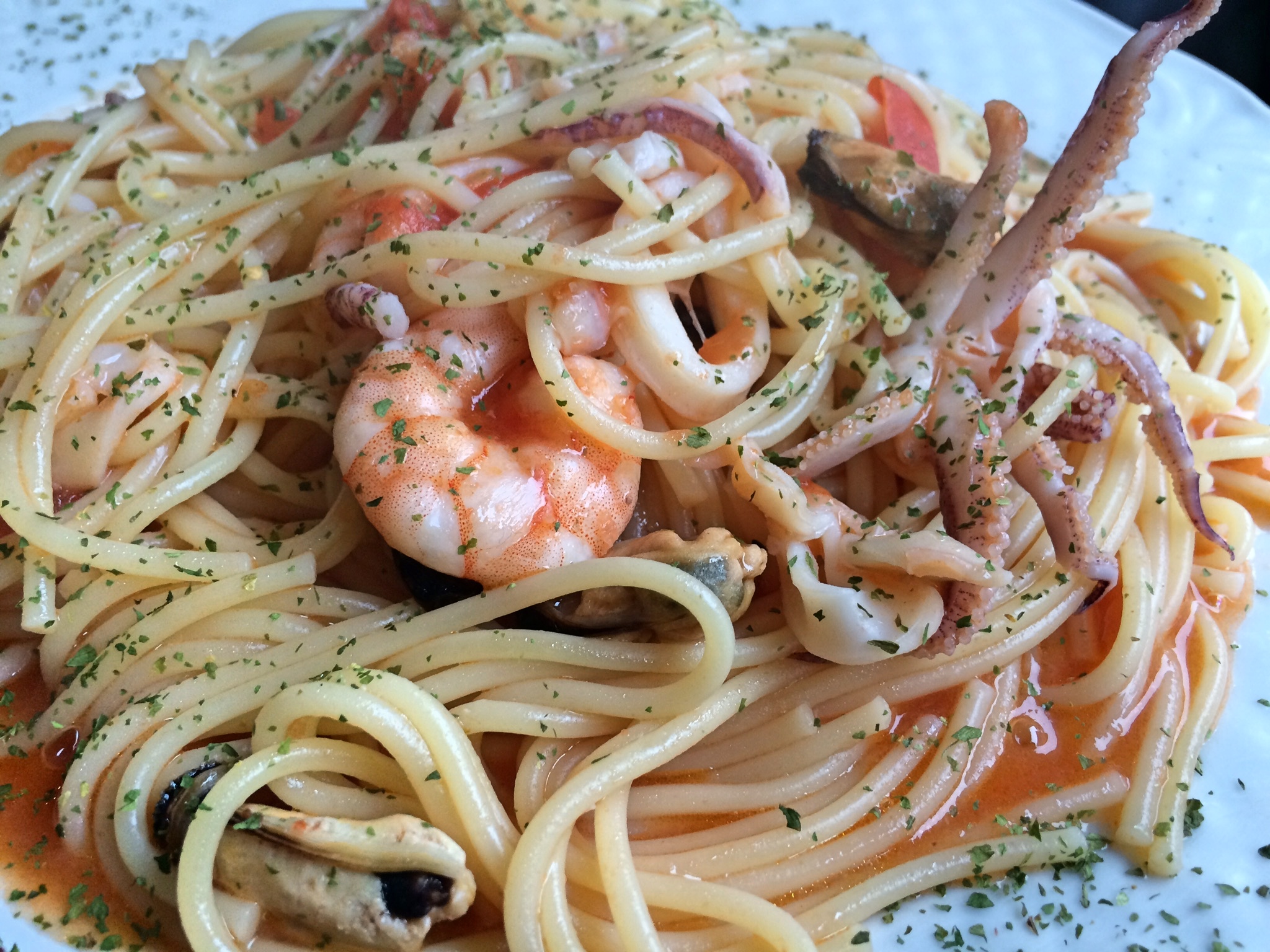 And even if we were already freezing, we still managed to eat gelato and crepes outdoors. 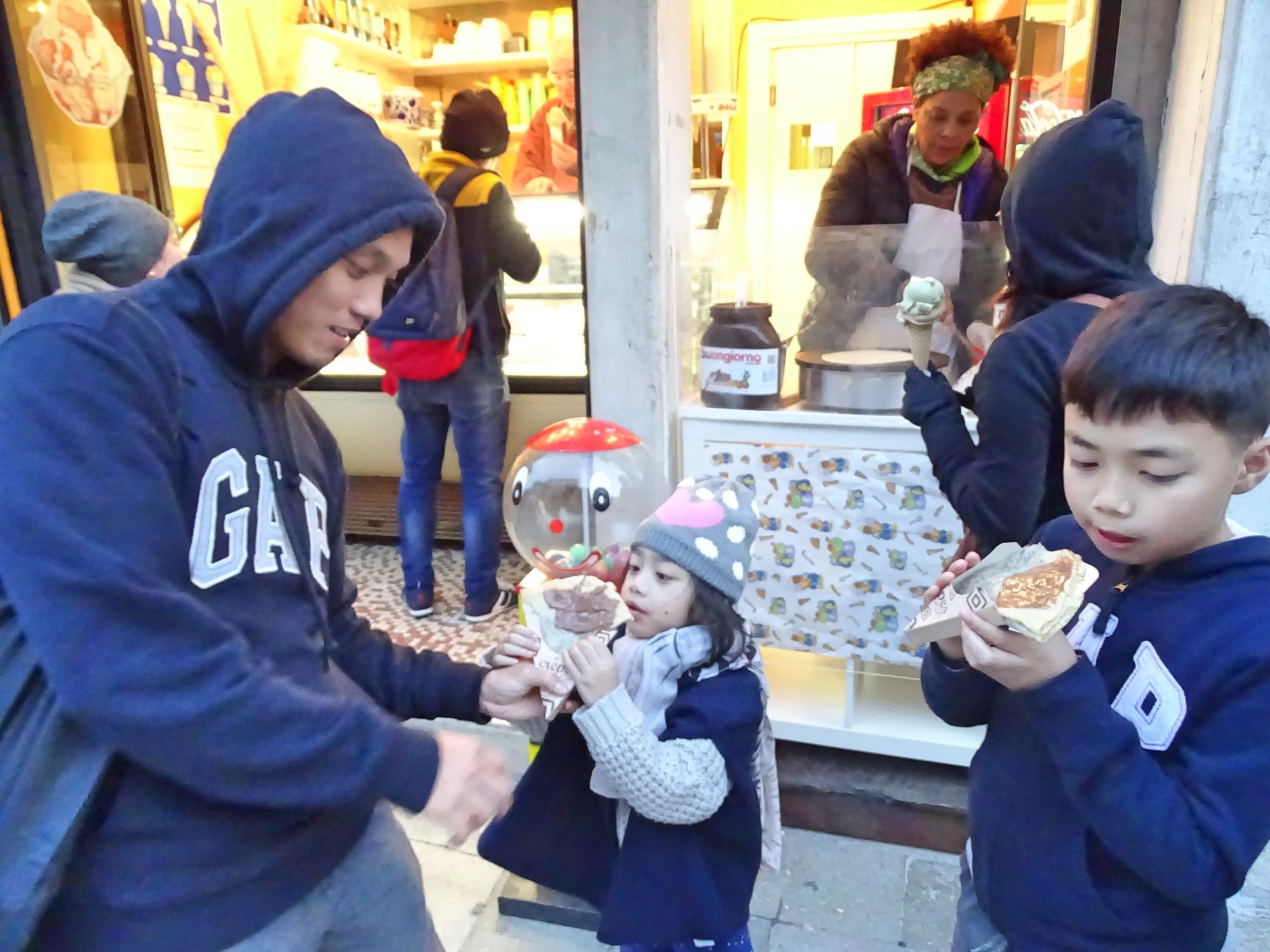 My impression of Venice? I think one day is enough to tour this city. We didn’t try the famous gondola as I thought it’s very expensive for 80-100 Euros for just 40 minutes to 1 hour of ride. It’s not smelly as what I read from other tourists’ reviews, maybe because of the season. Venice is one of the cities I was initially very excited to visit but it wasn’t as magical as I thought. I think my impression of  Venice’s beauty was overshadowed by our walking with luggage experience and not-so-good apartment. To be fair, maybe I should give this city a chance (not that she needs me to!)

Let me finish this post with a photo of me and the little princess going to the train station for our next stop, Florence! 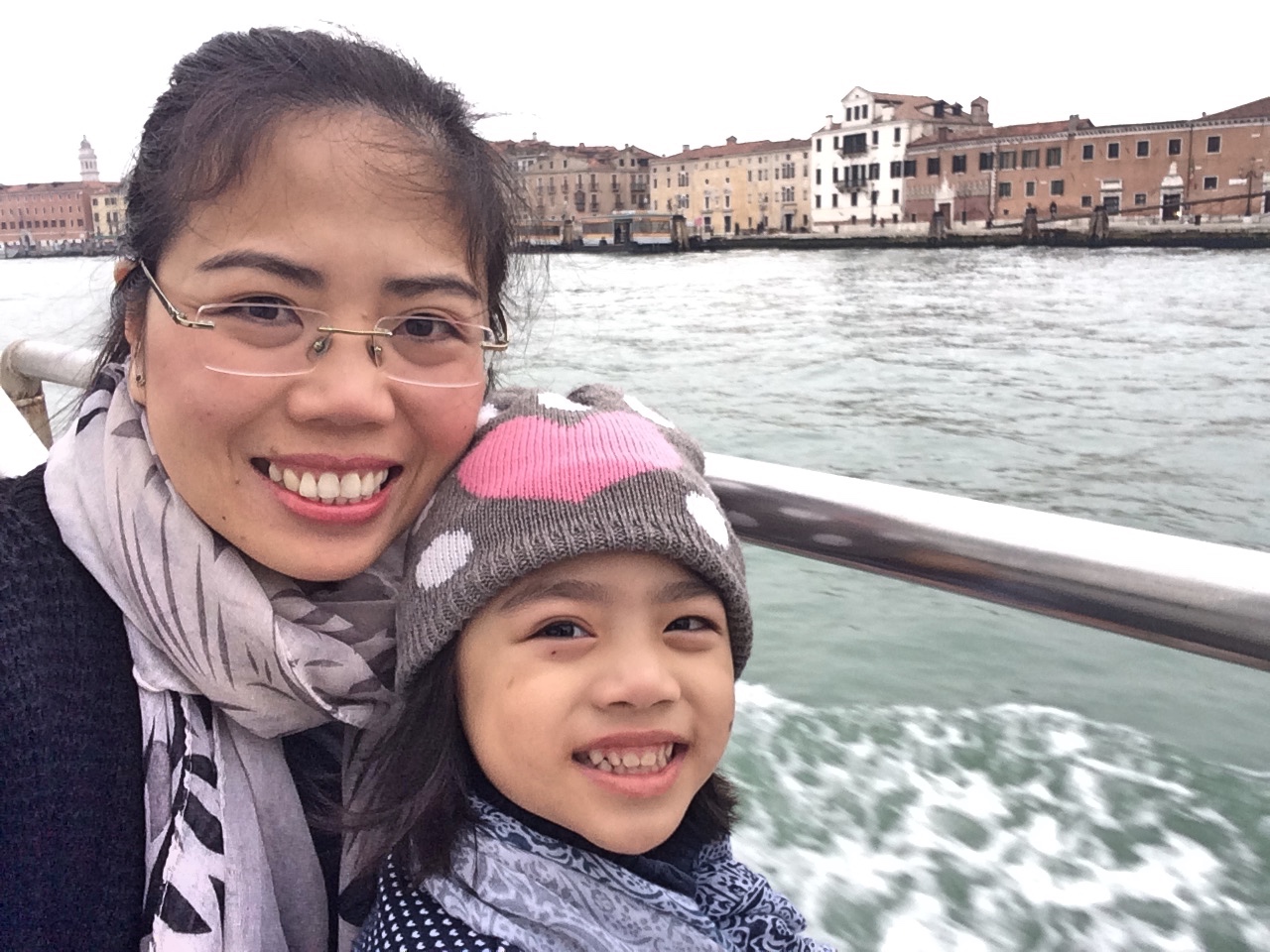 Stay tuned for our Florence adventure where I bought MFB (My Forever Bag)!