When my daughter was born, we noticed these red rashes appearing on various parts of her body. We assumed that she gets affected by whatever I am eating as I was breast feeding that time. I then avoided food that I think will cause some allergic reaction to her.

Even after changing my diet, her rashes continue to pop-out from time to time. You can find it on her face, elbows, legs, tummy and back area. Some days are worse than others. I feel so bad since I can imagine how she might be feeling but can’t react or do anything but cry.

We finally decided to bring her to a dermatologist when she’s around 10 months old. We were told that she has eczema. That time I don’t understand how a small baby can be diagnosed with that skin condition which I usually associate with adults. I don’t even know what eczema is!

After doing some research, I found out that eczema is common in children and usually appears for the first time before they turn 2 years old. The effects are itchy, red and cracked skin. Having eczema means that the skin’s protective barrier doesn’t work as it should which makes it drier. There is no concrete study yet figuring out what causes eczema although they said that genes may play a role.

Although they said that children will outgrow their condition by the time they are in teens, it didn’t give me relief. I don’t want to wait for 12 years and hope she’ll outgrow it. I started researching what should and shouldn’t be done to avoid flare-ups. I tried everything possible  and I guess the best teacher is really our own experience. Now that my daughter is 3, I have figured out more or less how we can manage her eczema flare-ups.

Here is the lotion 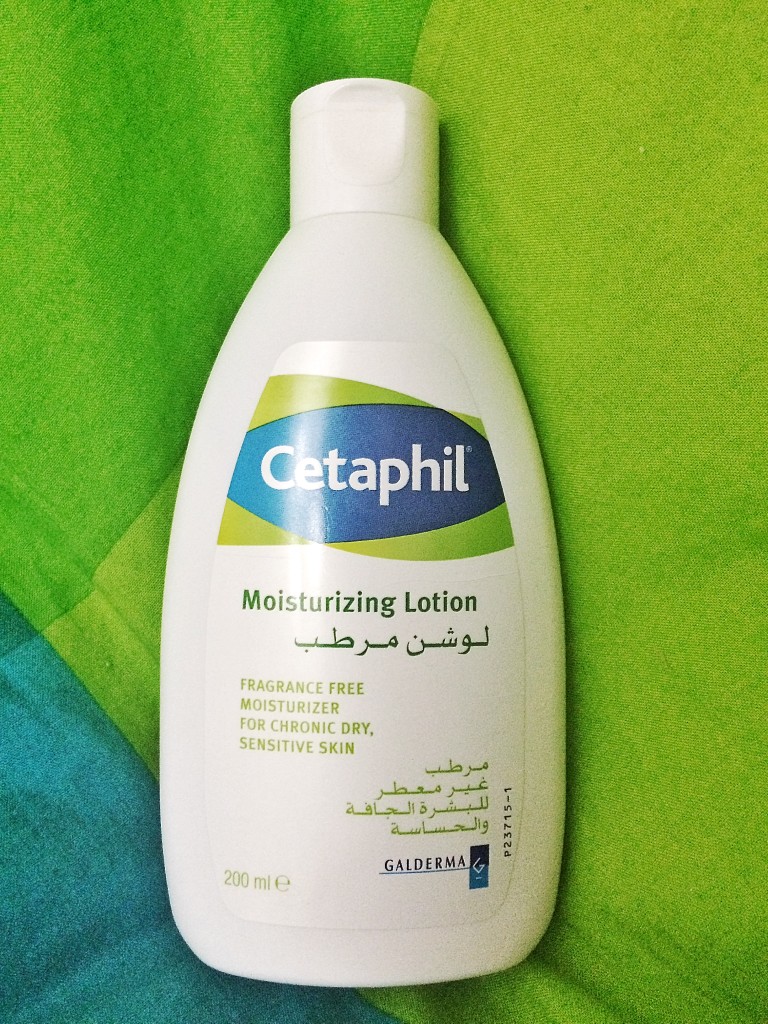 Here is the body wash she uses

For her shampoo, we are using Baby Care Plus. This is a brand from the Philippines and I always ask my mom and mom-in-law to buy several of this every time they visit. I think they an FB page although sure if they deliver overseas. 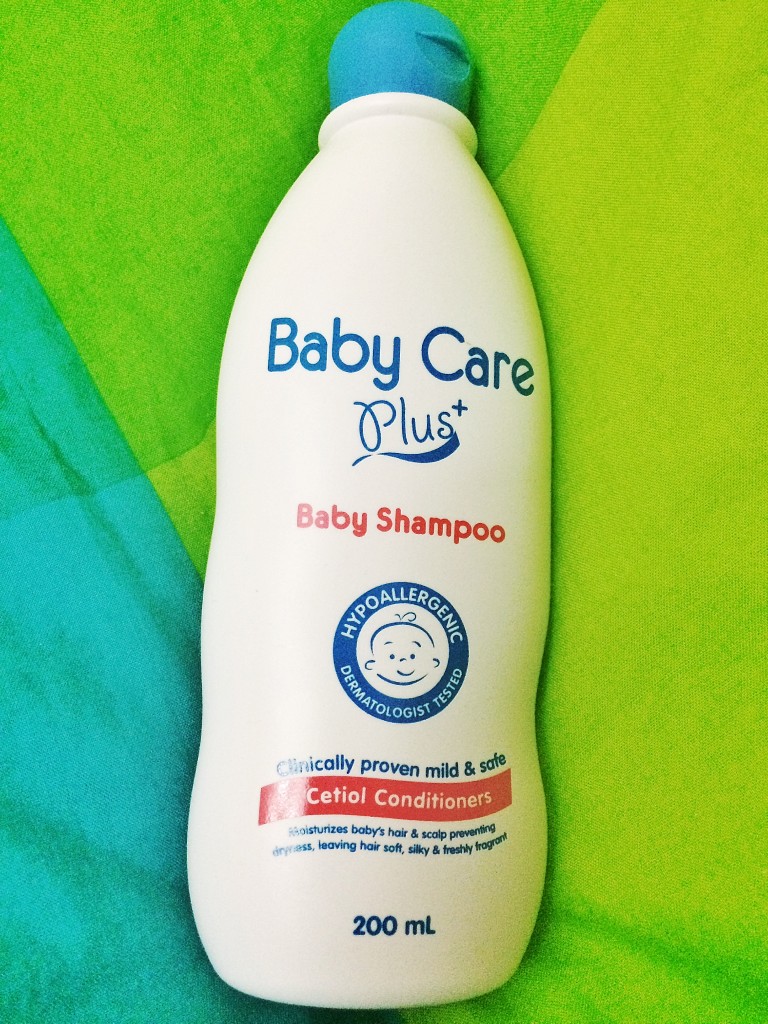 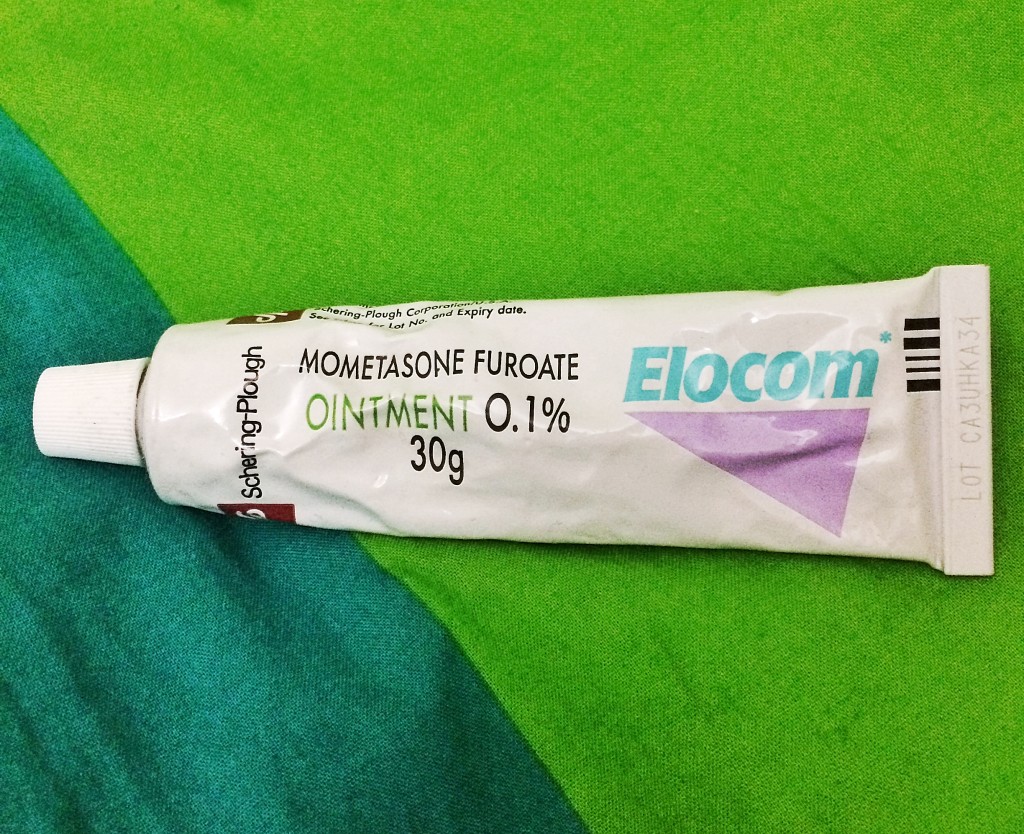 Hope you picked up a tip or two. I know how frustrating it is for new moms seeing their little angel suffering with these rashes. Better to have your baby checked by her doctor so they can easily advise on the best treatment for her skin problems.

My SIL, Karen, shared the story of Isaiah Smith who was suffering from what doctors diagnosed as ezcema. The doctors prescribed him both with topical and injectable steroid which will only clear his skin for sometime but will causes more pain after it wears off. For one year, Isaiah and his parents were already desperate and in tears. I can imagine the pain his mom was going through that time. Biel only had mild eczema and her rashes were manageable but it made me crazy thinking on how to handle it.

I’m sharing this with you guys to get inspired that there are other solutions out there. I’m not saying this will work for you but as a mother, it’s good to follow your instincts.

Stephanie Smith says at one point she believed her son Isaiah would be better off dead than living in such pain for the rest of his life. 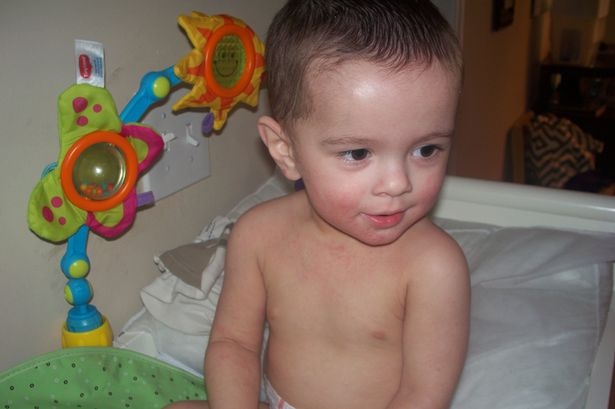 A woman has described the horror of watching her baby’s skin flare up and blister so much it seemed like it was ‘melting off’.

Stephanie Smith, 35, told how at one point she believed her son Isaiah would be better off dead than living in such pain for the rest of his life.

And she blames topical steroids for worsening the skin condition, which doctors thought was eczema but Stephanie believes was caused by intolerance to medication. 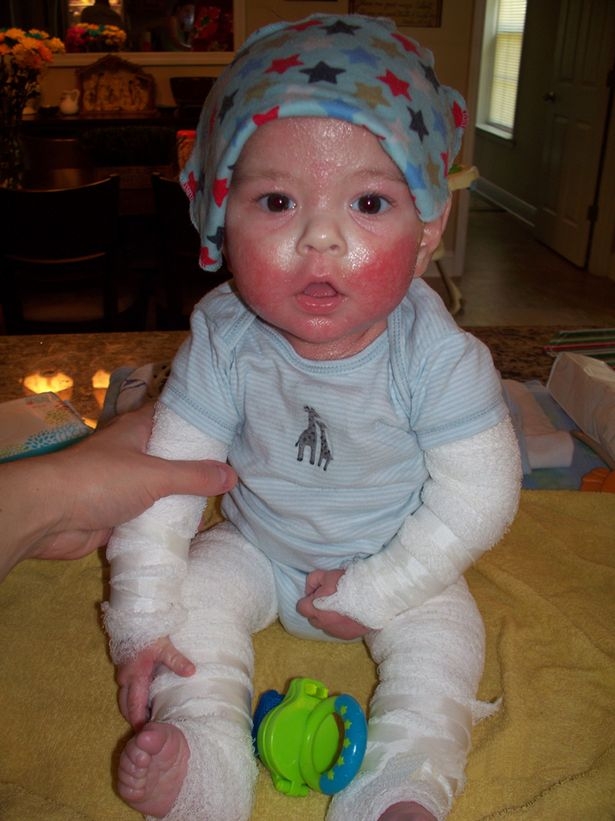 Protect: The family began wrapping Isaiah in gauze and topical antibiotic and kept cool damp cloths on head and neck for months

Stephanie said: “Isaiah’s skin was falling off, like it was melting. It was oozing and weeping into his eyes.

“It was like he had no skin. He was in agony. At one point it was so bad I thought, “if this is going to be his life, please take him”.”

Isaiah, now two and a half, first suffered flares at three months old.

A rash developed around a cut in his cheek, and after that his skin became red raw whenever anyone wearing perfume or clothes with fabric softener came close.

Doctors said it was probably eczema, and advised low-dose, over the counter topical steroids. 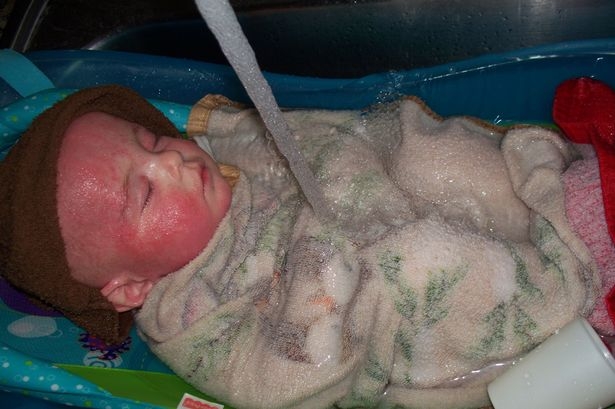 His mum, from Atlanta, Georgia, said: “His skin cleared up but a week later it came back, so we applied more. This went on in a cycle over two months.

“Then his hair started to fall out. He became sick and lethargic.

“But all the doctors I took him to just said it was eczema. They told me to stop breastfeeding him as the milk protein could make it worse.”

Isaiah was taken to hospital at five months old – floppy, red raw and burning up.

Doctors prescribed stronger topical steroids and injected a type of liquid steroids into his scalp.

After five days in hospital, Isaiah’s skin was clearer but with a bluish tint – and he was smiling again.

But within 48 hours his skin had turned blood red with lesions and oozing, and he wouldn’t stop screaming. 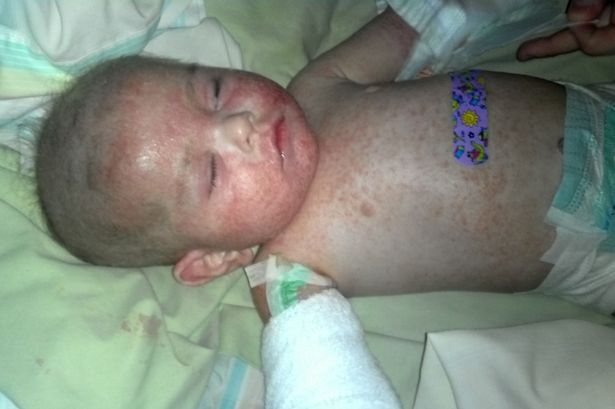 Fighter: Isaiah was so poorly and in such pain his mum thought he might be better dead

Isaiah’s skin was so sensitive that the family became reclusive, cutting off contact with anyone from the outside world who might be an infection risk to their son.

His only comfort came from bathing in lukewarm water, so Stephanie would spend hours with him in the sink as the tap ran over his skin.

They placed surgical gauze on his face, strapped nappies to his hands to stop him scratching during the night and carried cool, damp cloths everywhere they went

Bouncer: Isaiah Quinn is well on the road to recovery

Stephanie said: ‘We couldn’t even hold him.

“Every time our skin touched his, it would blister and ooze like crazy. I couldn’t even touch my cheek to his.

“We couldn’t use towels, because they were too rough on his skin. Instead we used thin cotton sheets.

“He was most comfortable in his bathtub, the water pouring over him in the sink. But he was still in pain. He would wail, and I would cry along.

“People asked what we had done to our baby. They asked, “has he been in a fire?”

“He looked like he had third degree burns. I once heard a nurse say, “you have got to come and see this kid”.

“In his buggy, I would put a light pillowcase over him to keep people from gawking.

“We were pretty much homebound for a year. It was too easy for him to pick up an infection or have a reaction, and I was sick of the stares. 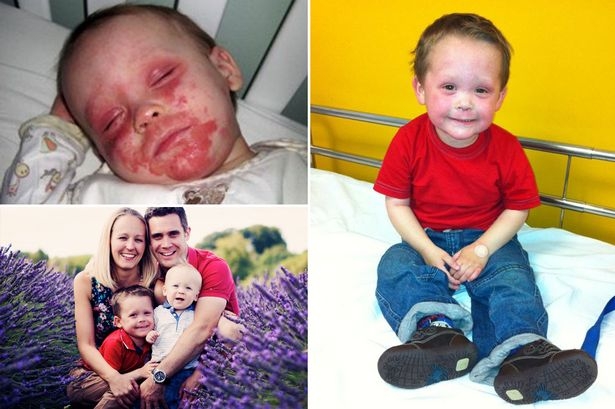 The family’s story echoes that of five-year-old Morgan Bishop, who heartbreakingly confessed to his parents that he would rather die than endure his agonising eczema.

Stephanie decided to tell of her own experiences spotting Morgan’s story, which went viral earlier this year.

The Bishop family saw donations on the GoFundMe page set up to raise money for pioneering hydrotherapy treatment for Morgan skyrocket from £3000 to £43,000 after the Mirror Online published their story.

When Isaiah was at his worst Stephanie and husband Nelson, 36, scoured the internet for help. They eventually found Itsan.org, a forum about topical steroid withdrawal.

She said: “It was all about the side-effects of topical steroids, and how skin conditions can get worse when you stop using them,’ said Stephanie.

“I scrolled through picture after picture of children with skin like Isaiah. Red raw skin, flaking off and oozing.”

Having made candles in the past, she bought a book on the topic and experimented with oils and bases, trying each on a tiny patch of Isaiah’s skin.

A blend of lemongrass and zinc, applied under gauze, worked best.

She said: “As time went on we saw patches of clear skin.

“Isaiah would walk to the kitchen island, where I kept the balm, point at the jar and point to his face. It clearly soothed him.

“I took about 50 photos a day to see the progress, because it could change moment to moment.”

By October 2014, 10 months after starting to use the balms, Isaiah had smooth, clear skin.

Stephanie said: “We still don’t know for sure what caused the original contact dermatitis.

“But looking back, because of severe medical allergies in my family history, I think it might have been a reaction to medication.

“I had a C-section and was given Ibuprofen afterwards, and I believe that was passed on through my breast milk.

“Every time he was dosed antibiotics, he had a reaction.

“We saw 35 doctors altogether. They all said it was eczema. I want to show them all the photos showing how Isaiah’s skin cleared up.

“Now he has no allergies and nothing happens if he is near someone wearing perfume. I can wear deodorant again and wash my hair with scented shampoo.

“He is like any other toddler. He chatters away, runs everywhere and is into everything.

“He helps me around the house. He’s so sweet spirited.”

Stephanie added: “We lost the first year of his life. I wasn’t able to kiss him or hold him.

“Now we squeeze him all the time. He is a squeezable little guy.”

Read the family’s blog at isaiahquinn.blogspot.co.uk.