I realized that I just celebrated my 11 years of being in UAE this month and I can’t help but to reminisce. 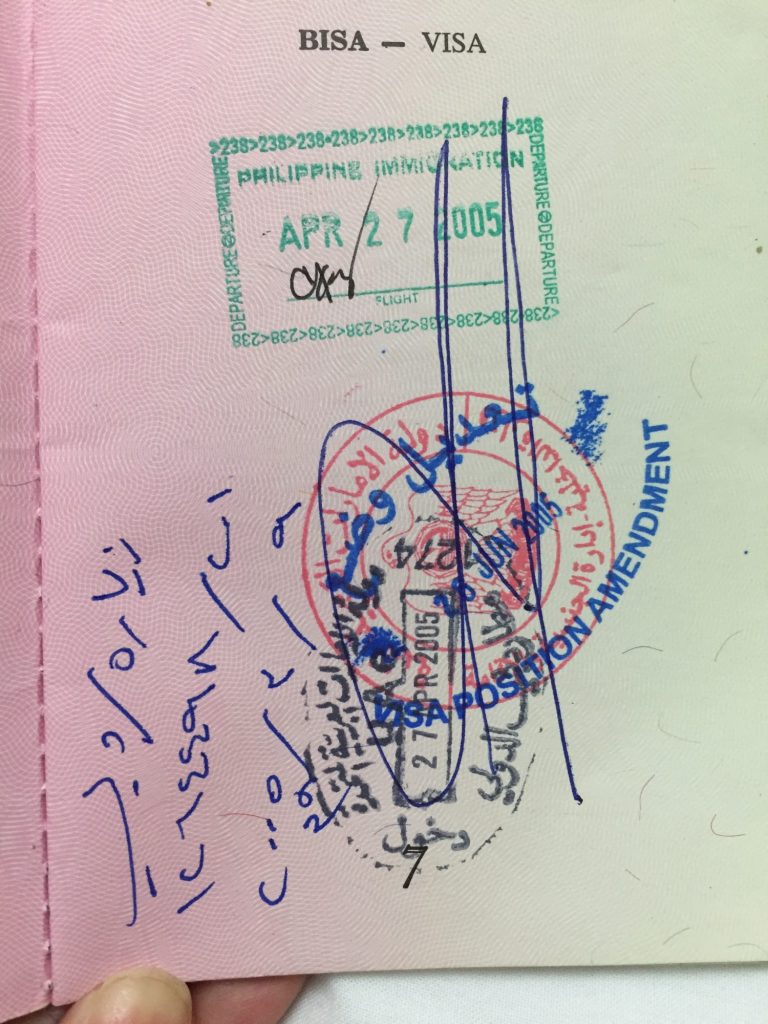 I came in April 2005 on a visit visa but that’s without going through stress before even leaving our beloved Philippines. I, together with some friends, were supposed to fly out in March but we were offloaded not by immigration officers but some kind of task force at the airport. It’s a very long story that involves asking help from radio station and going to police camp just to retrieve back our passports. That experience made me re-think of pursuing my dream of working here. It was traumatic and if I had a choice, I really don’t want to try again. But my mom that time, although supportive, was voicing her concern of all the expenses that we incurred and will be wasted. And being the eldest, I don’t know about the other panganays out there, I always feel the obligation to please and follow my parents and I really don’t want to disappoint them.

So on April 27, 2005, more than a month after my initial try, I finally able to pass through that task force and Philippine immigration and landed in Dubai safe and sound. I’ll share with you some anecdotes and experiences that I remember when I was still on a visit visa and very new in Dubai:

Photo credit to the owner. It was less bright in 2005 but beautiful nonetheless.

Those were the days. From being a visit visa holder, I was able to find a job, moved to another position, got married, then changed company, and life has been steadily good since then. When someone asks how long do we intend to stay in Dubai, I now say I don’t know. Maybe another 11 years. It was totally different when I first came when I would say I’ll be in this country for 3-5 years and then move elsewhere. Ha! You really won’t know where life leads you. And I am very vocal how thankful I am to be in this country and getting all opportunities and privileges I don’t think we will get in other countries.

Sure, time will come that we will need to leave but until it happens, let’s try to focus on positive things that Dubai and UAE in general provided us. It’s very easy to complain but let’s practice gratitude. Let’s just enjoy being here. And to all visit visa holders now, welcome to Dubai and UAE!

Have you experienced being a visit visa holder in Dubai? What were your experiences?